Assuring a ship’s manoeuvrability is one of the most fundamental requirements for a safe and economic vessel operation. Considering the growth in overall shipping and demand for larger ships, the necessity of predicting the vessels’ manoeuvrability more precisely arises. The joint research project PREMAN was devoted to improving the prediction methods for ship manoeuvrability significantly.

The sub-projectof the University of Duisburg-Essen, MANÖ-DYN, was aimed at improving the open-source Reynolds-Averaged Navier-Stokes (RANS) method OpenFOAM, used for the direct simulation of ship manoeuvring. The effects of the propulsion devices, the engine-propeller interaction and environmental influences, such as wind and current, were considered in the simulations.

In reality, the loads on the propeller vary substantially during the manoeuvring process and the engine changes its revolutions due to the torque change. In order to capture this behaviour in the numerical simulations, an appropriate model was developed and integrated in the numerical method.

Another focus of this project was set on the scale effects. Measurements were conducted for both scales. The experimental data was used to validate the numerical methods developed and their applicability. Those measurements were performed for a single-screw and a twin-screw ship. Figure 1 shows the trajectories and the speed’s temporal development of the twin-screw ship for a turning circle with rudder angle 35°. The results from simulations and sea trials agree very well. 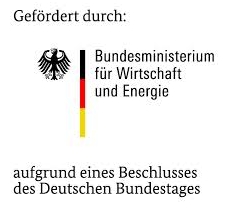