The main objective of this project is to carry out a dedicated experimental investigation of the influence of phase transition and density ratio between gas and liquid phases on sloshing and sloshing induced loads. For this purpose, a test tank will be designed and an experimental procedure will be developed which allows the use of water as the liquid phase at ambient temperature with air or a gas mixture of high density as the gas phase. Figure 1 exemplarily shows a test set-up from a previous test campaign. Further on, boiling liquids under reduced pressure will be used to investigate phase transition effects.

The experimental setup will allow the measurement of the free surface behaviour by means of high-speed video recordings as well as the flow velocities in the tank using Particle Image Velocimetry. Pressures on the tank walls are measured by flush-fitting miniature pressure sensors. For the different model fluids, several experiments with various tank motions and impact scenarios will be performed. A broad base of test results to deeply analyse the influence of density ratio and phase transition will be generated. Understanding the effects will lead to a long-term improvement of the prediction of sloshing loads in full scale. 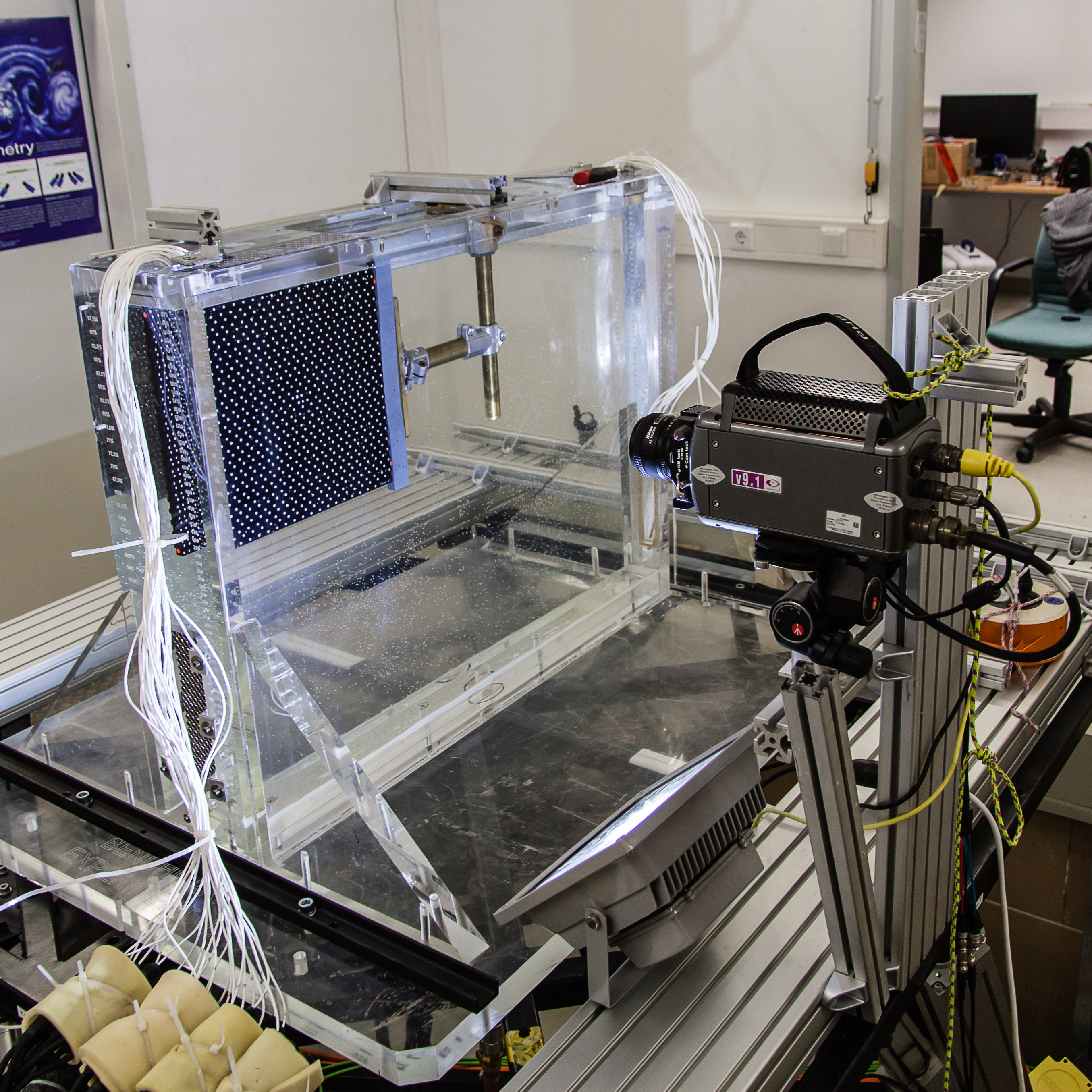