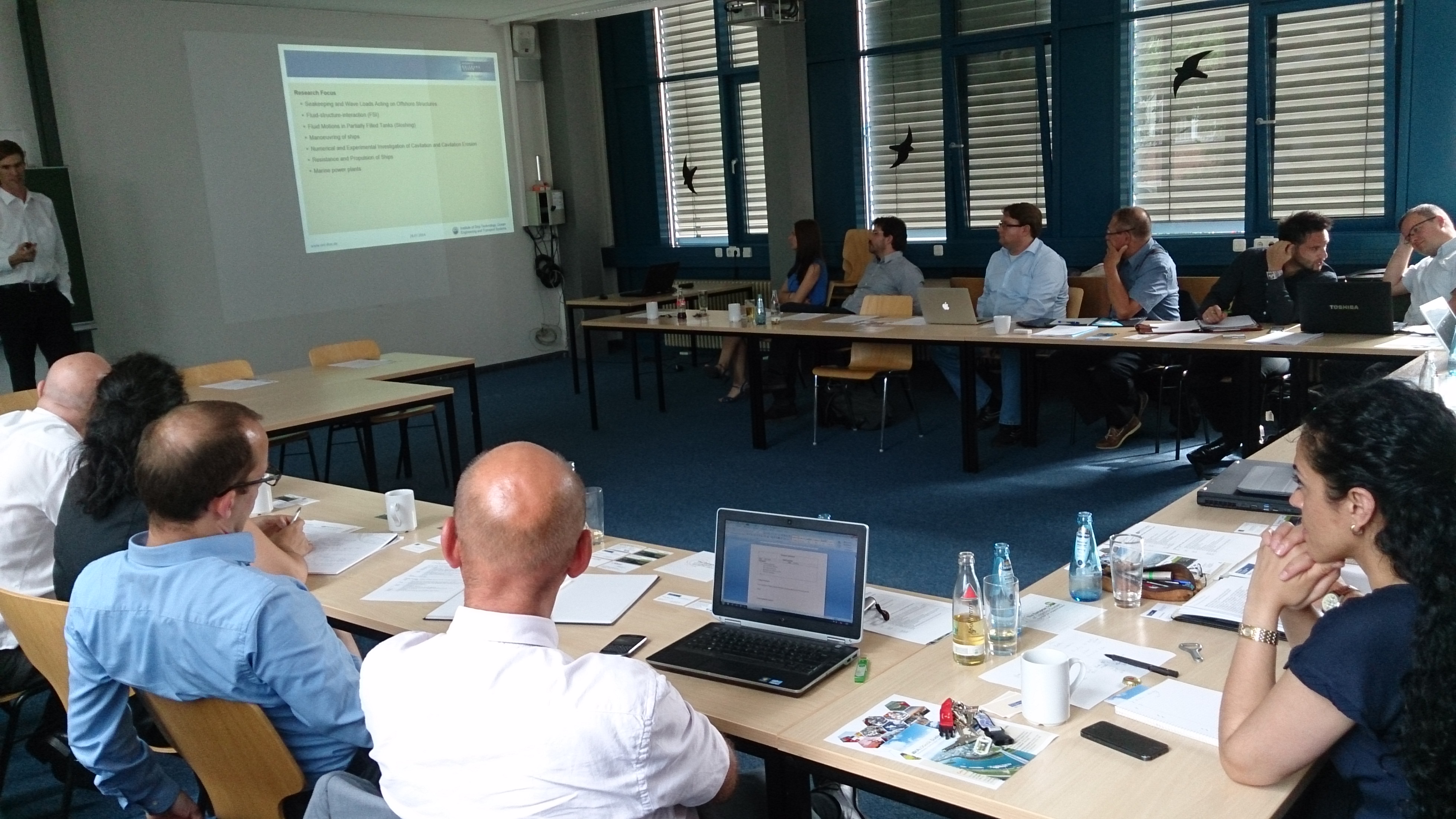 At the invitation of DIALOGISTIK Duisburg (a collaboration between the duisport AG with the University of Duisburg-Essen and regional companies from the logistics and transport sector) and the Centre for Logistics & Traffic (ZLV), the binational "Cluster Area Activation "workshop took place on the 28th and 29th of July 2014.

Within the framework of the EU-project LOG4GREEN for the reorientation of the logistics sector towards sustainability, French and German experts from industry and academia worked together for two days to discuss ideas and concepts surrounding a future-oriented inland navigation and innovative management approaches for European ports as well as further research and development issues.

The Centre for Logistics & Traffic is a member of the European consortium LOG4GREEN which has been developing a common research agenda for sustainable transport and sustainable logistics for the European Commission for more than two years. The idea for the workshop arose already in the spring of 2014 during a conference organized by the French project partners, where the desire for an intensive cooperation with the ZLV and the Rhine-Ruhr region and between German and French experts was brought to ZLV managing director Klaus Krumme’s and Dr. Thomas Hanke’s attention.

The first day of the workshop was devoted to inland waterways and new, environmentally friendly drive concepts for the ships of the future. After an introduction by ZLV chairman Prof. Dr. Bernd Noche and ZLV managing director Klaus Krumme as well as representatives of the French cluster Novalog, the Institute of Ship Technology, Ocean Engineering and Transport Systems (ISMT), the Fuel Cell Research Centre (ZBT) and the Development Centre for Ship Technology and Transport Systems (DST) and the French partners VNF (expert on inland waterways and shipping) and CFT (the French market leader in industrial river transport) presented their expertise and ideas for new research and development projects.

The second day was dedicated to new management concepts with Big and Smart Data for so-called Port Community Systems. Approaches of collaborative management of various companies at individual ports, regional cooperation between ports (for instance along the rivers Rhein in Germany and Seine in France) as well as the comprehensive standardization of management processes of the major European inland and sea ports were discussed intensively. Participants came from the Rhine Cargo GmbH, operator of the second largest inland port company and one of the largest freight railways in Germany, and PricewaterhouseCoopers as well as from the Software Engineering and Business IT departments at the University of Duisburg-Essen and the Development Centre for Ship Technology and Transport Systems (DST). France was represented by SOGET, an international software developer in the logistics sector and by the Research Institute IDIT which deals with legal issues in transport and logistics.

A return visit to the Seine region is planned for the autumn of this year. The aim of the collaboration is an intensive European cooperation on the basis of a German-French nucleus in order to design concrete EU projects, to raise further R & D performers and to open cooperation prospects for new concepts of logistics. In particular for the current cooperation between the ports of Paris, Le Havre and Rouen along the lower Seine (HaRoPa) and the realization of development opportunities for the French core region, the expertise provided by the University of Duisburg-Essen is in high demand.