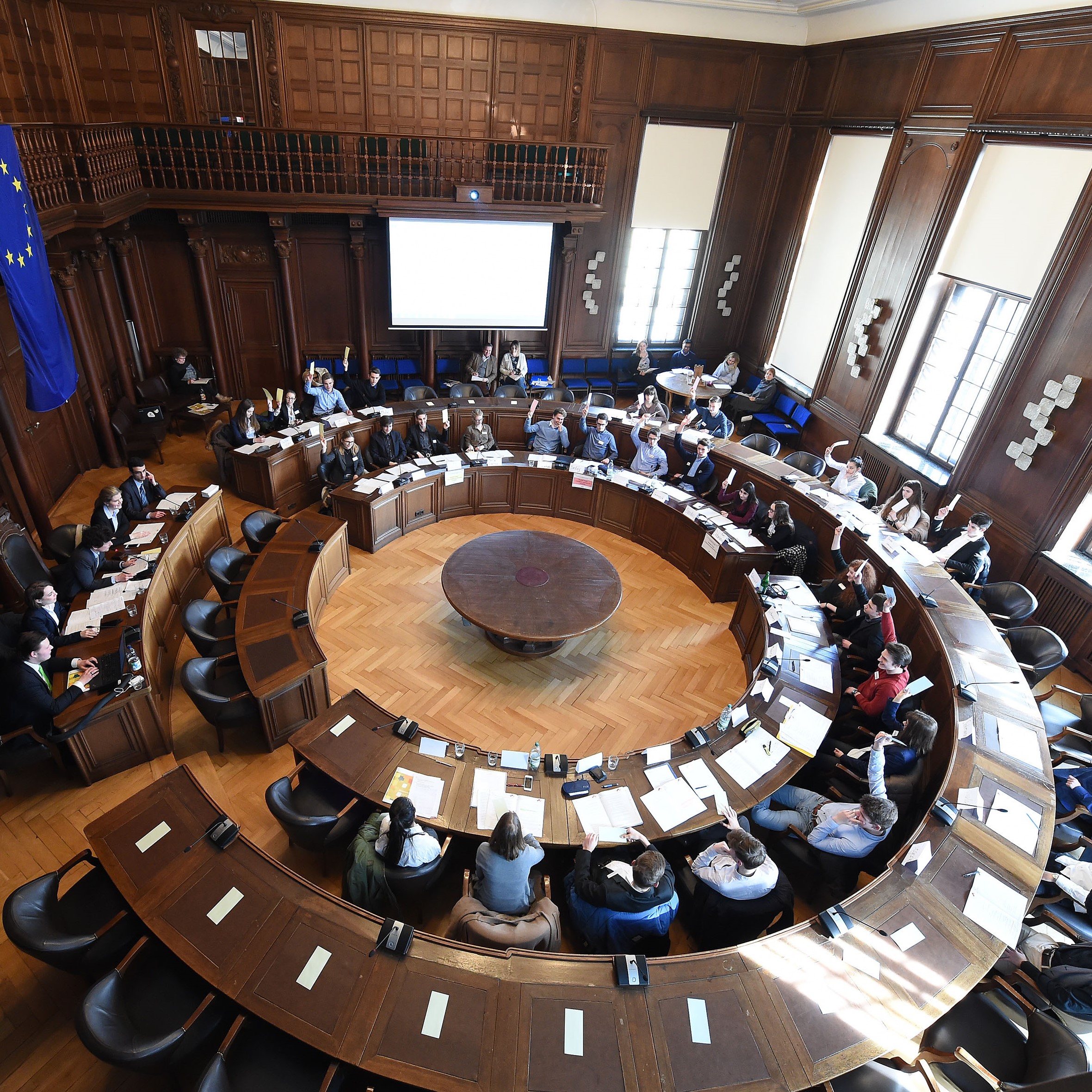 Students debate the future of mobility

Around 60 students from seven secondary schools in East Westphalia attended the 3rd European Student Parliament from March 16 to 18, 2018 in Herford. The idea of the International Student’s Parliament: Young people debate science and politics - they get involved, form an opinion, prepare resolutions based on facts and the latest findings. At the center of the debates – which took place in various European cities this year – was the theme "The Future of Mobility".
How do we move along in 2030? Are cars still up-to-date? Will drones handle the delivery traffic in our cities? What does it look like, the mobility of the future? The participants of the student parliament discussed these and other questions with renowned scientists and experts from the University of Kassel, the Ruhr-University Bochum, the HAW Hamburg, the e-CROSS Germany, the Competence Center Public IT of the Fraunhofer FOKUS-Institute and the Institute for State and Research Urban Development Research gGmbH. Afterwards, the adolescents worked out resolutions, developed and organized a parliamentary debate in the Council Hall of Herford, and had the opportunity to become familiar with political decision-making processes.

Photo: The participants of the 3rd European Student Parliament in Herford
https://www.uni-due.de/imperia/md/images/zlv/eusp2018.jpg

From the participants in the Herford Parliament, five finalists were selected by an expert jury to represent the city at the International Final in Toulouse, France, in July 2018. The City of Herford hosted the European Student Parliament 2018 in collaboration with the city2science office and Queen Mathilde High School Herford.
The University of Duisburg-Essen and the Centre for Logistics and Transport (ZLV) were represented by Cyril Alias, researcher at the ZLV Chair of Transport Systems and Logistics by being part of the jury and evaluating the students during the preparation and execution of the parliament.