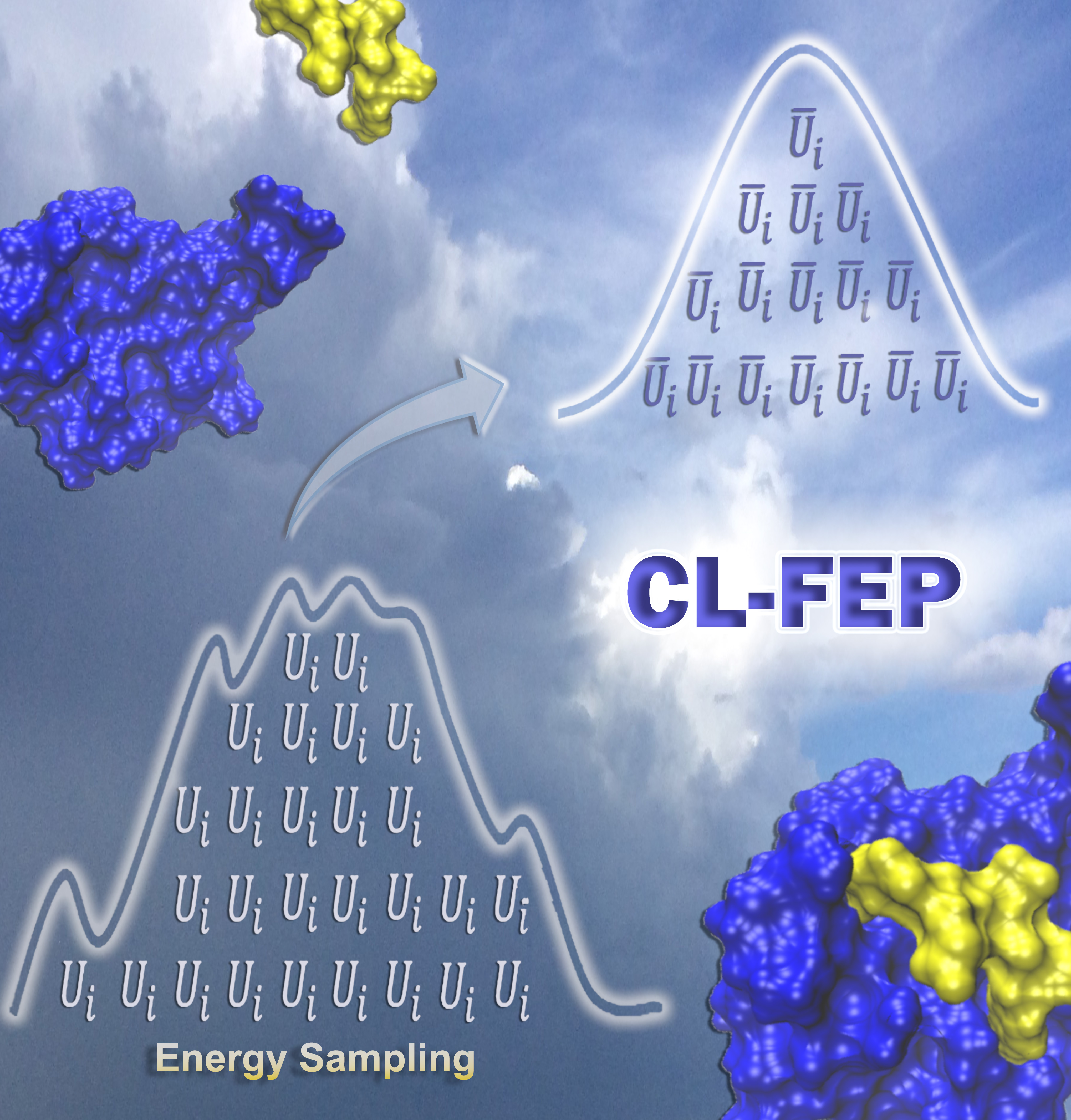 We introduced the Central Limit Free Energy Perturbation (CL-FEP) approach for evaluating the FEP identity directly from the energy samples of the end states of a system transformation using simulations in explicit solvent . No fitted parameters are introduced in CL-FEP and no stratification is needed to obtain accurate free energy evaluations. We first applied our approach to four dissimilar benchmark systems for which the deviation from the experimental values was below 1 kcal/mol. Further validation using 25 host–guest and protein–ligand systems delivered mean absolute error of the free energy changes between 1.1 and 1.4 kcal/mol, which is in the range of accuracy of the most reliable free energy approaches. CL-FEP is an unbiased free energy change estimator that also profits from a bootstrapping algorithm. We also developed CLFEP.pl, an automatic tool to compute free energy changes directly from the energy output of standard molecular dynamics simulations.

Journal of Chemical Theory and Computation (2020) 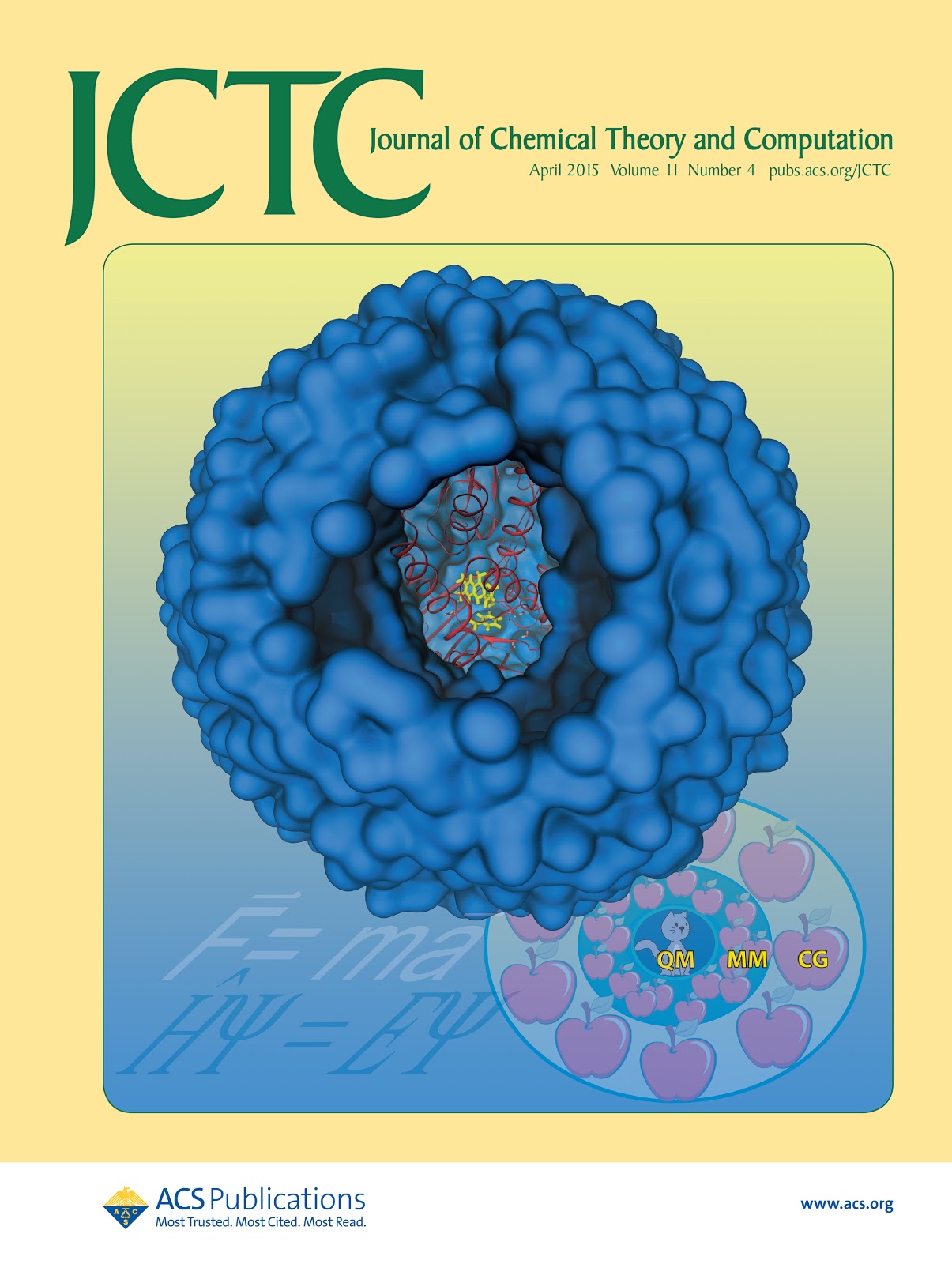 Hybrid methods, typically Quantum Mechanics/Molecular Mechanics approaches (QM/MM), are at the core of our research. Currently, there is considerable interest in the development of coarse-grained (CG) force fields to improve the performance in MD simulations and geometry optimizations. We implemented a triple-layer Quantum Mechanics/Molecular Mechanics/Coarse Grained (QM/MM/CG) modeling approach to reduce computing times and extend the applicability of QM/MM calculations. 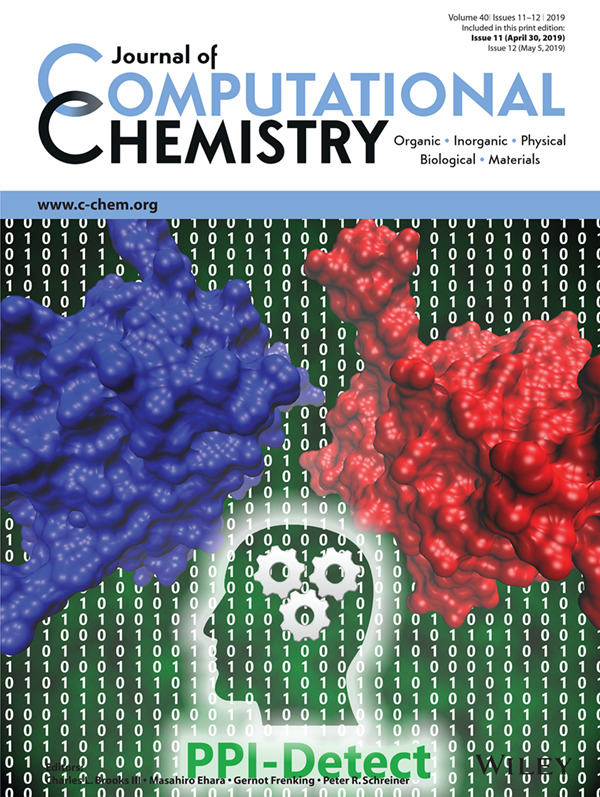 Machine learning methods allow exploiting the information content in protein datasets. We introduced a procedure for the general-purpose numerical codification of polypeptides. With this, we developed a support vector machine model (PPI-Detect), which allows predicting whether two proteins will interact or not. PPI-Detect outperforms state of the art sequence-based predictors of PPI. Using PPI-Detect, we designed a peptide which biological activity was then experimentally established. PPI-Detect is freely available at https://ppi-detect.zmb.uni-due.de

We also introduced ProtDCal-Suite, a web server comprising a set of tools for studying proteins. The main module is a software named ProtDCal, which encodes the structural information of proteins in machine-learning-friendly vectors. Secondary modules are protein analysis tools developed with ProtDCal’s descriptors: PPI-Detect, for predicting the interaction likelihood of protein-protein and protein-peptide pairs; Enzyme Identifier, for identifying enzymes from amino acid sequences or 3D structures and Pred-Nglyco, for predicting N-glycosylation sites. ProtDCal-Suite is freely available at https://protdcal.zmb.uni-due.de. 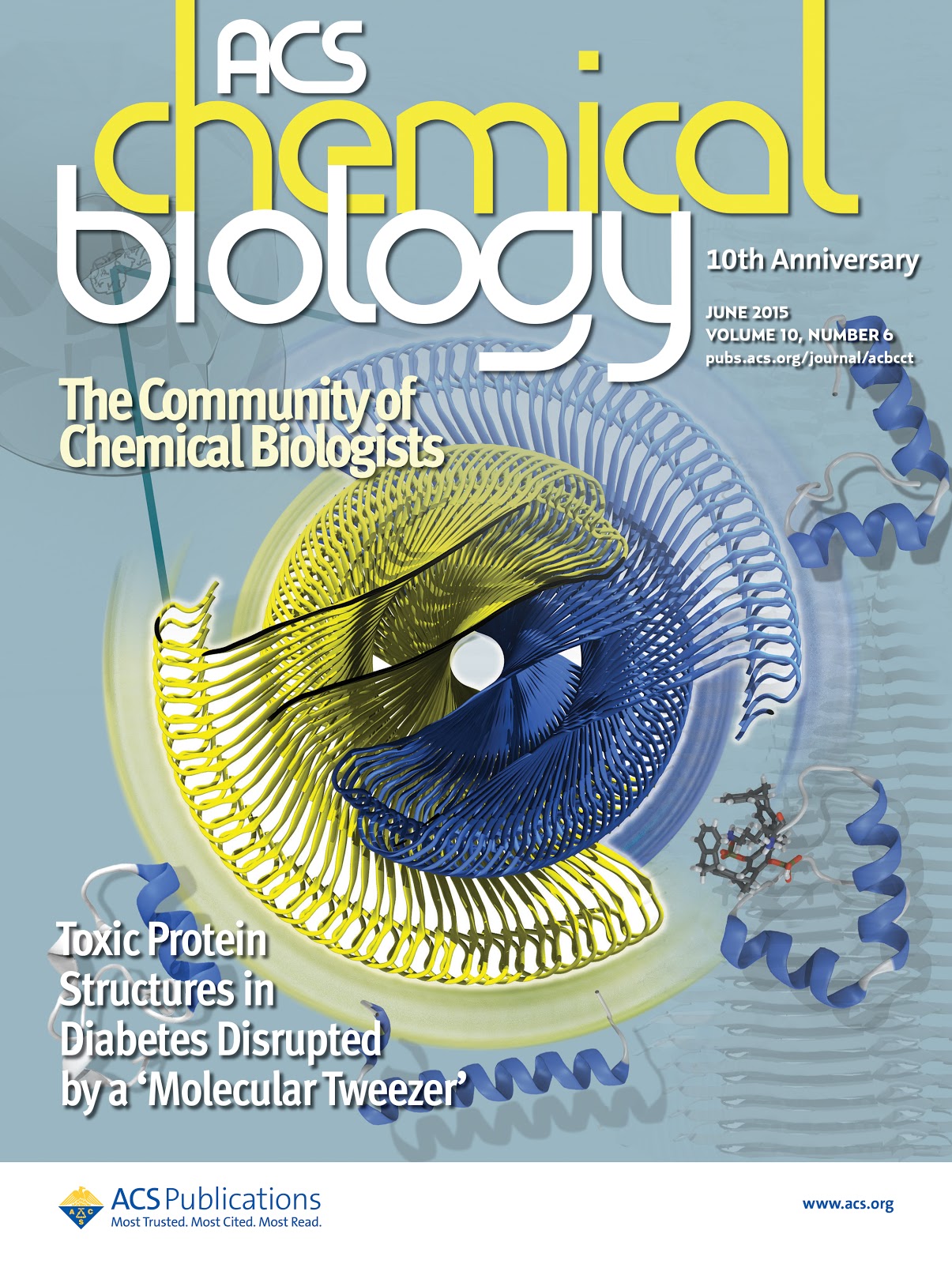 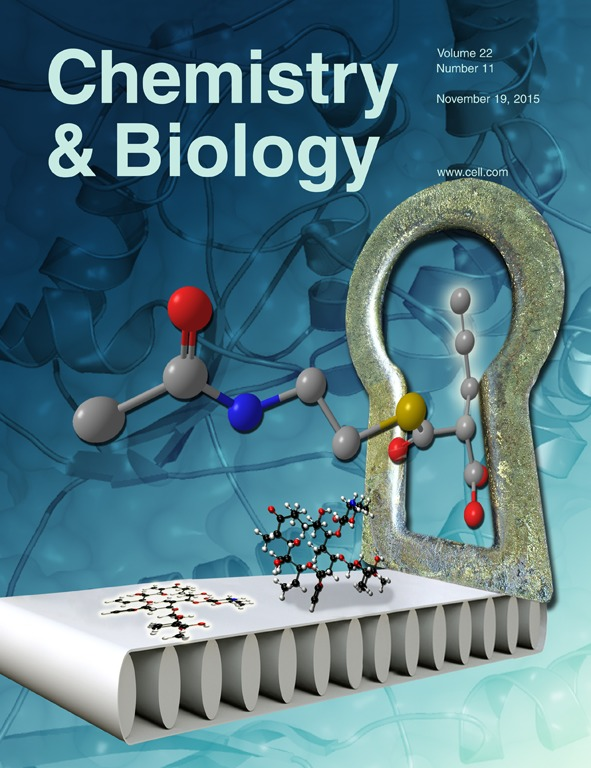 Interactions with small molecules and peptide ligands can significantly influence the functionality of systems of diverse structural complexity - from intrinsically disordered peptides to large biomolecules. We predict ligand-binding sites in proteins and in silico design improved ligands with tailor-made properties.

Mutations, on the other hand, are a tool to regulate biological processes. Our work provides a molecular understanding of the effect of mutations in biological systems. Foremost, we deliver computational predictions of targeted mutations to modify protein properties like enzymatic activity. We also investigate the role of intermolecular interactions between solvent and solute molecules in tuning enzyme catalysis, protein aggregation, and protein-ligand interactions, among others. 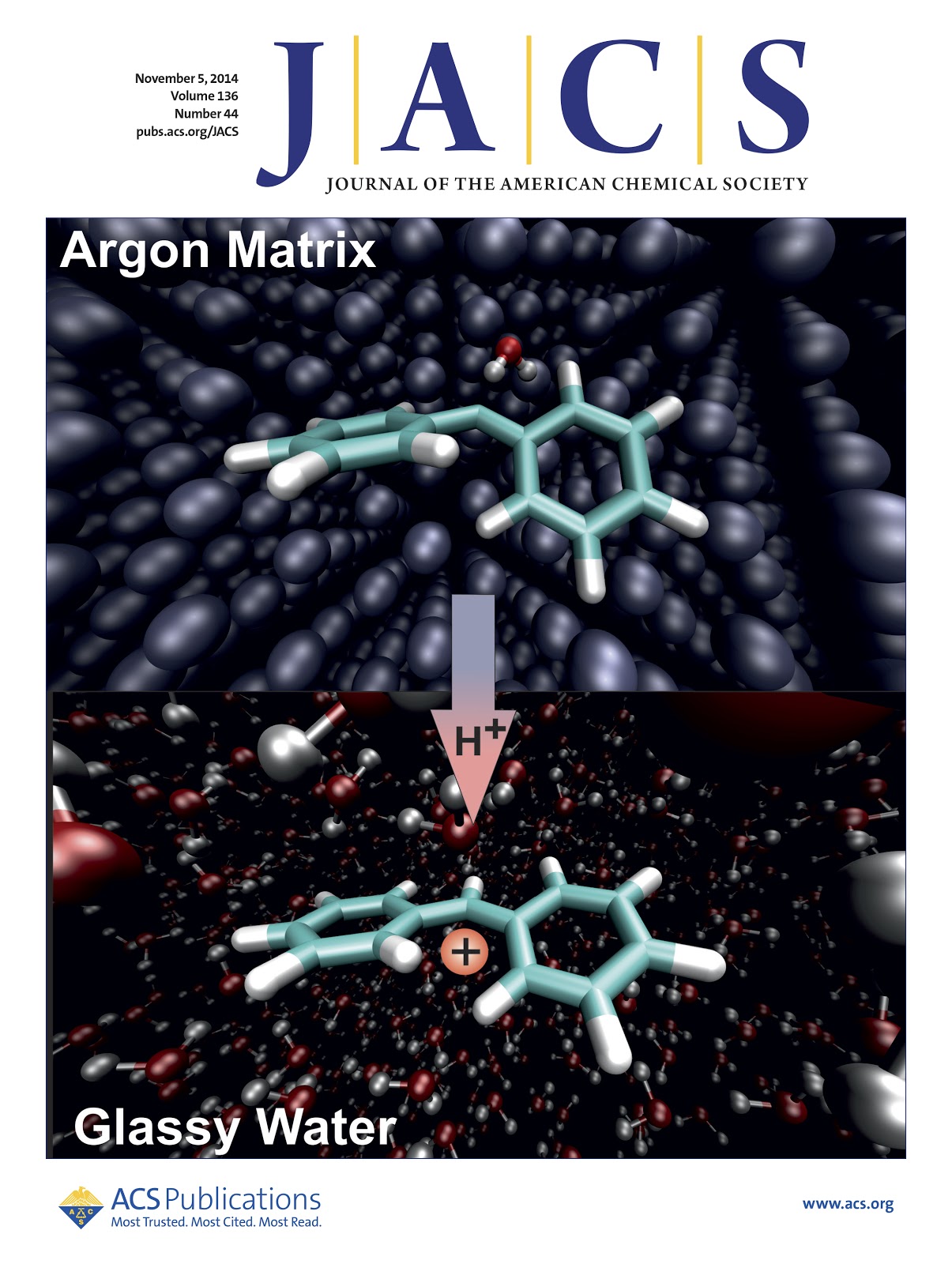