The second year in a row of IN-EAST students at YICGG. The beginning of a tradition!
Elisabeth Kiene, Julia Pallanch and Miquel Salvadó-Gracia, two MA students at IN-EAST and a pre-doctoral researcher in AREA Ruhr, participated as a team representing both the University of Duisburg-Essen and the IN-EAST at the Youth International Competition on Global Governance (YICGG) that took place at the Universitas Indonesia in Jakarta, July 14–18, 2019.
The YICGG is an annual international student event sponsored by the United Nations Development Programme (UNDP) in China and organized by the School of International Relations and Public Affairs (SIRPA) of Fudan University, Shanghai.
The competition brings together students from all over the world in order to collect valid proposals that seek to find alternative and innovative solutions to the currently most urgent transnational issues. This event constitutes the largest youth competition in the world. Since its establishment in 2007, it has seen more than 1000 participants from 81 different countries and 143 universities.

This year’s edition received 378 applications, of which only 76 were selected to join the event in Jakarta. This time around, students from 49 universities located in 39 countries were able to attend.
This year’s theme has been Oceans, Rivers and Lakes: Water Preservation and Development. With the location of Jakarta lending a poignant urgency to the topic, the attendees were tasked with coming up with solutions regarding the problem of pollution, mismanagement and waste of global water supplies.

The project that allowed the members of our Institute to join this year’s competition is titled The Meandering River. The Need for a Transnational River Forum. Taking a global governance approach, our team decided to tackle the issue of disputes around rivers that fall into two or more sovereign territories and consequently are the nexus of conflict between nations. We proposed an approach to deal with this problem by creating a series of platforms that combined a bottom-up approach, allowing the most vulnerable stakeholders to voice their opinions and concerns, with the top-down mechanism of the United Nations.
Of the team sent by our university, each member distinguished themself by presenting the final projects – the final task for the world teams formed out of the mix of international students – to the jury, which was composed of not only a group of international professors, but also by members of the ministry of Indonesia that deals with water management.
This event has been a hub where students, professors and practitioners were given the chance to exchange ideas and learn from each other.
This year’s competition has been the second time for Miquel Salvadó Gracia and Julia Pallanch to take part with Elisabeth Kiene joining the team for the first time.

Students from B.A., M.A. and PhD are encouraged to participate in this competition to continue the tradition of an IN-EAST team at the YICGG!
For more information: www.yicgg.fudan.edu.cn 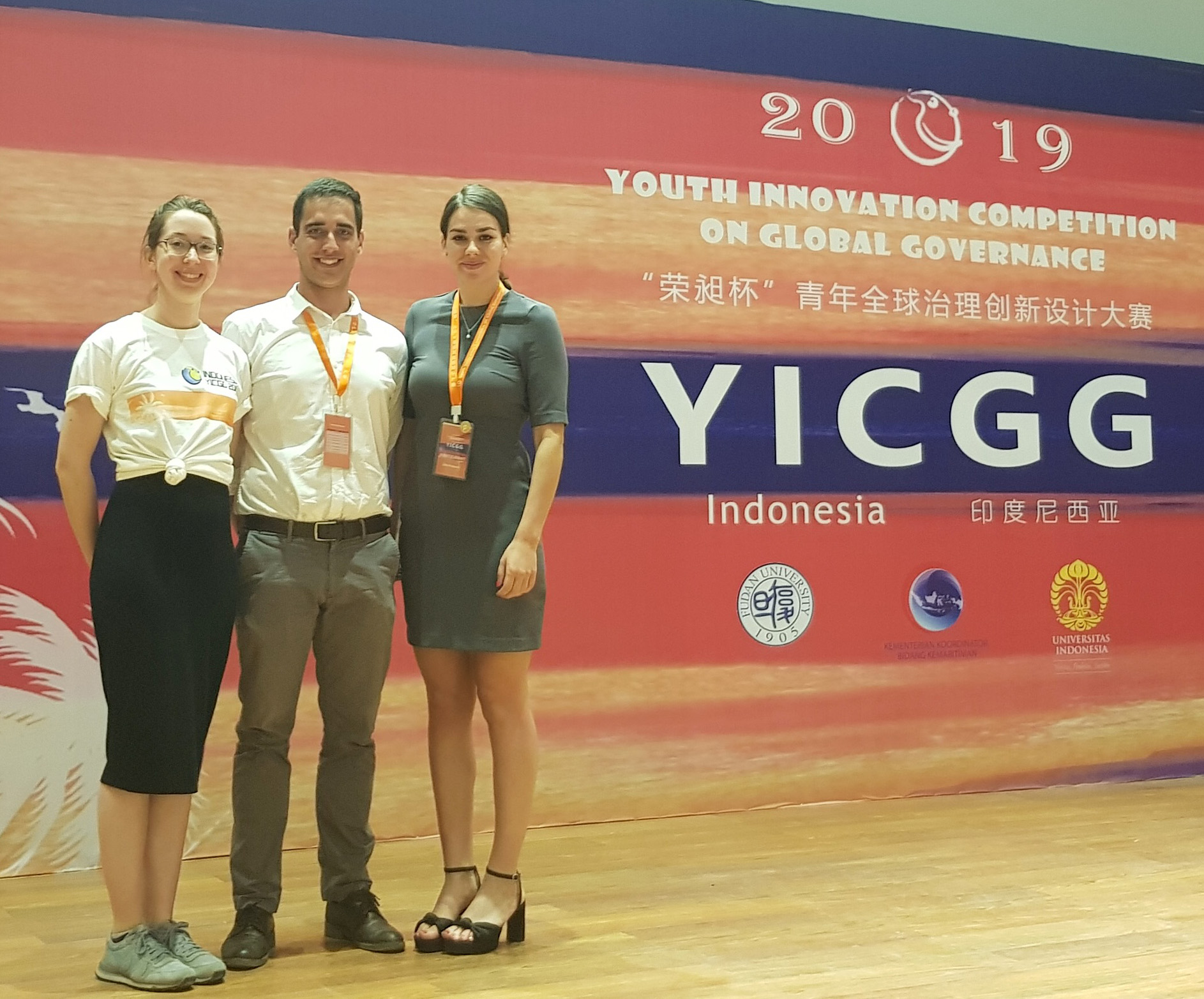 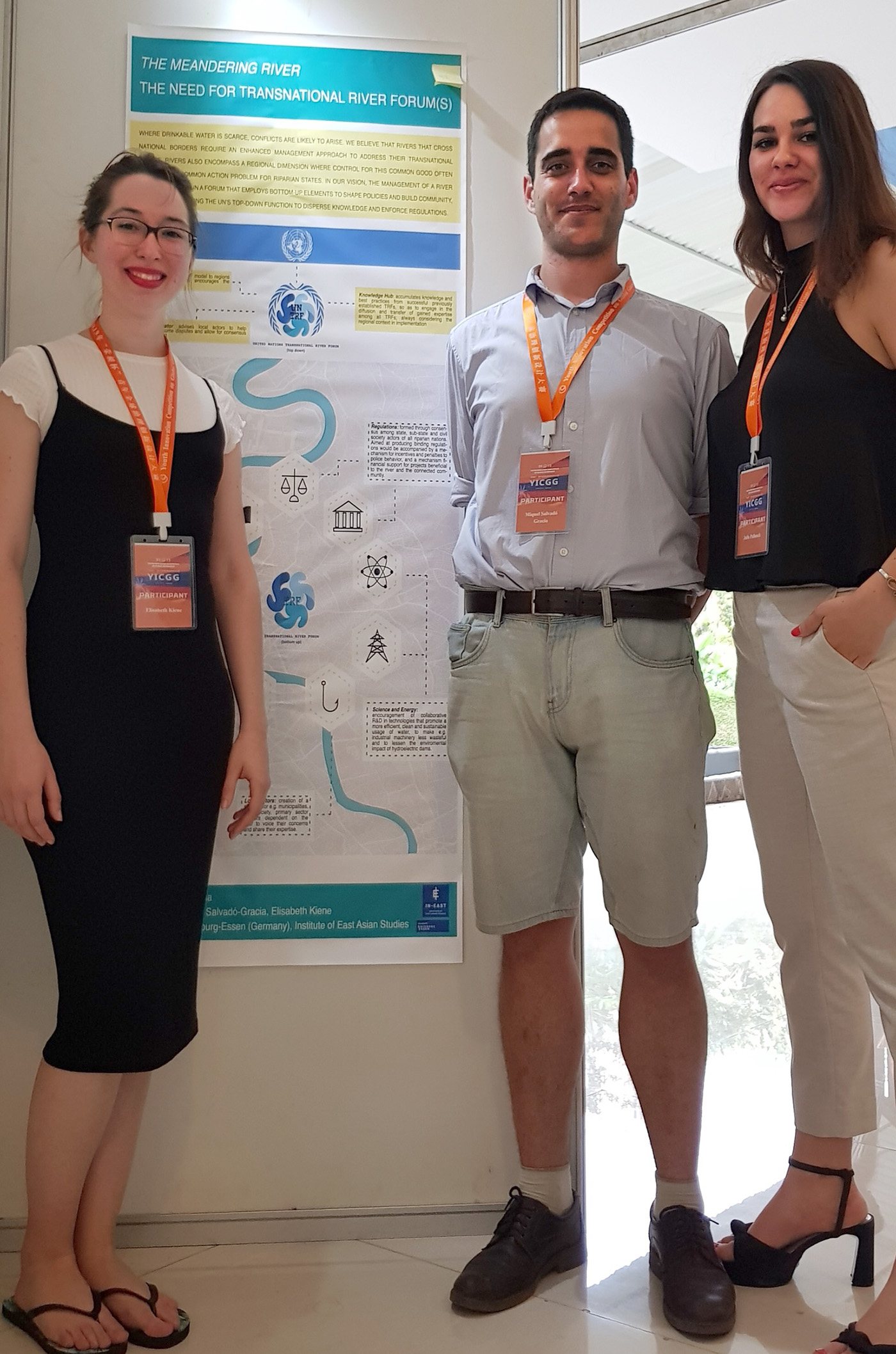