Since the construction and completion of the Jade-Weser-Port in September 2012, port facilities with an additional capacity of 2.7 million TEU per year are available. Further extensions are being planned. Currently, the hinterland accessibility is limited to trains (60%) or trucks (40%) as there is no direct access by river for inland vessels.

In order to avoid a traffic collapse on the roads in case of increasing trans-shipments, the complete port has to be re-structured, covering all three modes of transport. The ship as a transport mode is essential for transports to the hinterland. As a consequence, there is a need for a completely new ship design which is seaworthy and at the same time can be used efficiently on the inland waterways. The route concerned leads to the Weser estuary, via a short maritime area.

Fig. 1: Design of the seagoing barge
​ 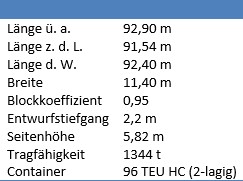 A new transport concept was developed in collaboration with three project partners. The concept based on a pusher barge principle that can be operated in a restricted sea area close to shore.  An inland barge was re-designed to withstand the wave induced loads at sea. The challenge was to predict the articulation forces between both vessels by direct numerical simulations. Those new technical challenges have not been covered by classification society rules and needed to be analysed in this project.

In summary, the project covered the following aspects: 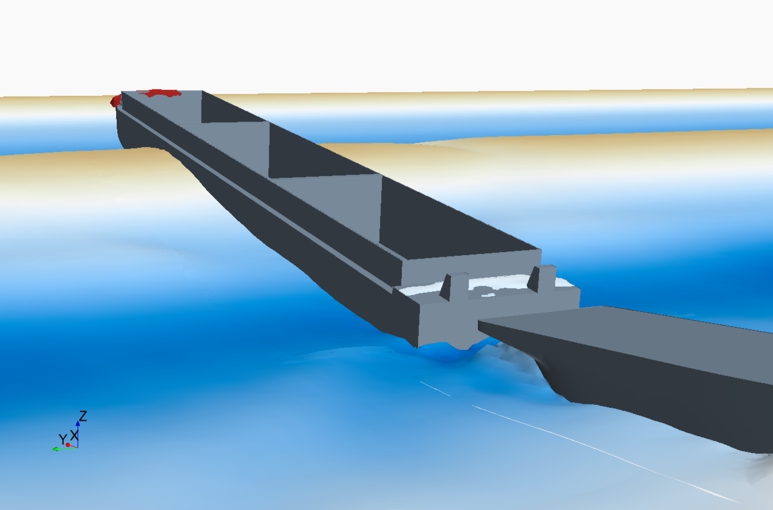 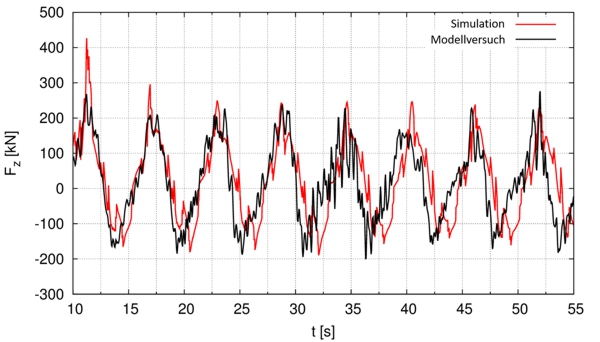 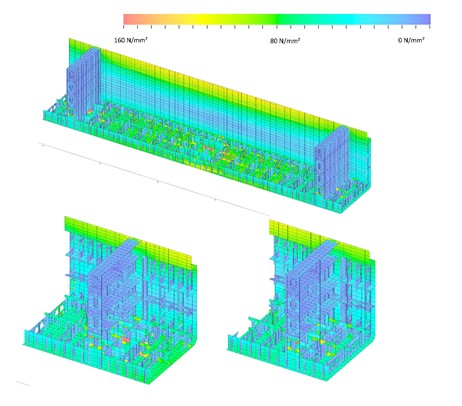 The project was funded by the Federal Ministry of Economics and Technology (BMWI).