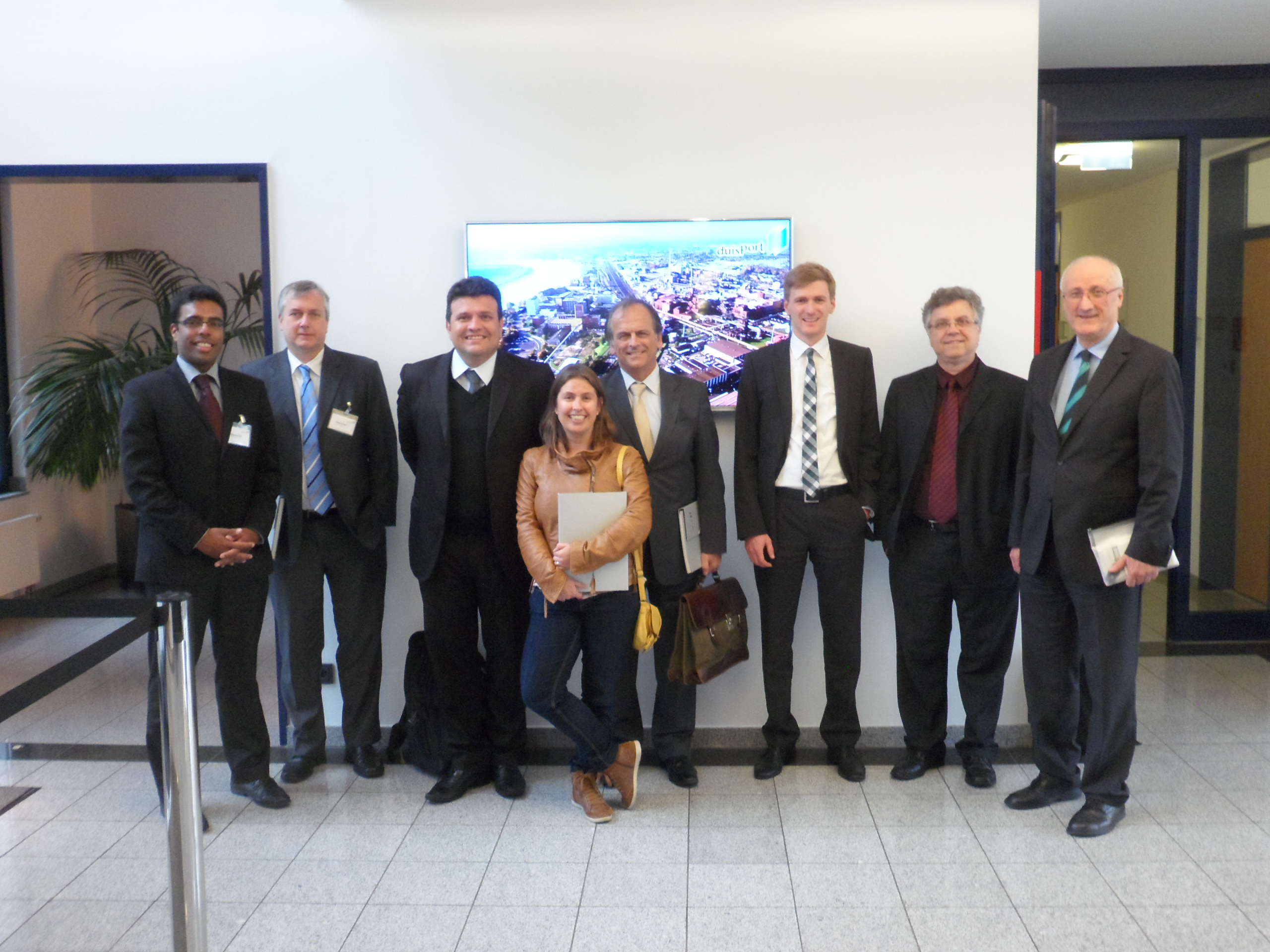 Delegation from Brazilian Ministry of Transport at UDE

In October the department of Transport Systems and Logistics, led by ZLV Board Chairman Prof. Dr.- Ing. Bernd Noche, welcomed a delegation from the Brazilian Ministry of Transport. Subject of the visit was the research of different topics revolving around logistics hubs in Europe as well as the exchange with several stakeholders from the logistics sector.

The delegation was formed by researchers from the renowned Universidade Federal do Rio de Janeiro (UFRJ) and was led by Prof. Dr. Rômulo Dante Orrico Filho, professor for Public Transport at the department of Traffic Technology (PET) at the Alberto Luiz Coimbra Institute (COPPE), one of Latin America’s largest graduate college and research institute.

The scientists currently consult the Brazilian Ministry of Transport and are concerned with the design of logistics centres in Brazil.

During their two-week long stay in Europe, the members of the delegation were first and foremost interested in visiting several European logistics hubs. Furthermore, they sought the direct exchange with stakeholders in the European logistics sector. Accompanied by Cyril Alias, researcher at the department for Transport Systems and Logistics, the delegation visited logistics hubs, companies and research institutions in Belgium, the Netherlands, Spain and Germany. In North-Rhine Westphalia, the group visited the Ministry of Construction, Housing, Urban Development and Traffic and the Port of Duisburg.

In addition, the delegation attended the 1. European Forum of Logistics Clusters in Brussels, which was co-organised by ZLV. Prof. Dr. Orrico Filho participated as panellist in the session “Designing smart cities thanks to urban logistics: dream or reality?” and contributed greatly thanks to his extra-European perspective.
“The fact that the Ruhr area, the city of Duisburg and the Centre for Logistics and Traffic at UDE were chosen by representatives of the Brazilian Transport Ministry shows our significance for the European logistics sector – concerning economy and research alike. Brazil is an impressive, booming economy. We at UDE are looking forward to deepening the well-established relationship we have with Brazil also in the form of common research activities”, says Prof. Bernd Noche.