Development of a 3D-Method for the Calculation of Ships’ Seakeeping

For the ship designer it is important to know and optimise the seakeeping behaviour of ships in rough weather conditions. During the design process, efficient numerical methods are essential to reduce the computational cost and increase the number of conducted calculations. This allows to optimise hull lines for specific operational scenarios. Often these methods are based on potential theory. Assuming an ideal fluid (non-viscous, incompressible and irrotational) the Navier-Stokes equations can be simplified in such way that only the Laplace equation needs to be fulfilled inside the fluid domain. The aim of this project was to further develop a flow solver based on potential theory. The Laplace equation is fulfilled analytically by using Rankine sources distributed on the domain boundaries (boundary element method). To calculate wave loads, the stationary forward speed and periodic seakeeping problem are coupled. The further development especially focused on numerical and algorithm improvements as well as on the calculation of ship-ship interactions., see Figure 1. 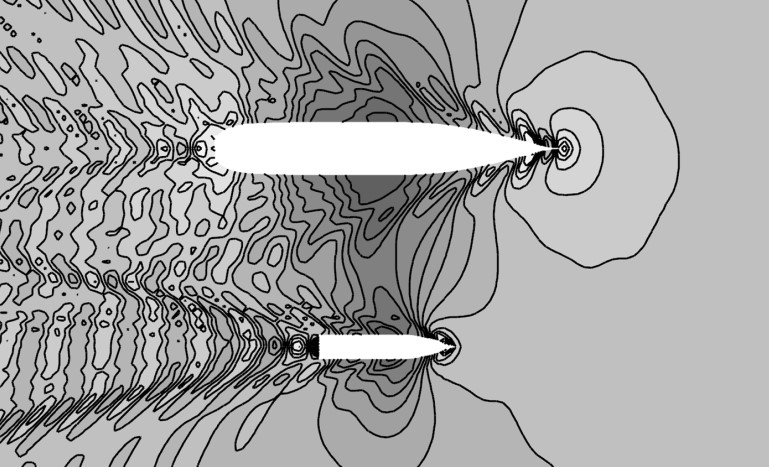