The Uniformity of Judgment

The judgmental process in the course of which our 'image of the other' is generated usually takes place automatically, by way of unconscious conclusions as described by Helmholtz. This means that we are quite unable to pinpoint the judgmental process responsible for the shaping of this image. On the other hand, our consciousness is so overpowered by the force of this process that we find ourselves incapable of avoiding the impression. And these impressions are by no means vague or superficial blanket opinions, as one might assume, but highly differentiated, nuanced views which are so uniform from one person to another that different judges usually come up with much the same impressions.

The high degree of conformity among judgments engendered by the unconscious processing of nonverbal cues has been uncovered by recent investigations of the effect which televised nonverbal behaviours exert on the process of impression formation. When subjects were shown brief (six- to ten-second) silent video clips of political leaders taken from foreign television newscasts, not only did the clips trigger a firm opinion as to the personality traits of these entirely unknown political leaders, but there was also a high degree of conformity among the verdicts given by different subjects: the range of spread across the inter-individual ratings was, in most cases, very limited.

The uniformity of these spontaneously formed images of personality suggests that this agreement is largely due to interpretation of the same nonverbal cues. 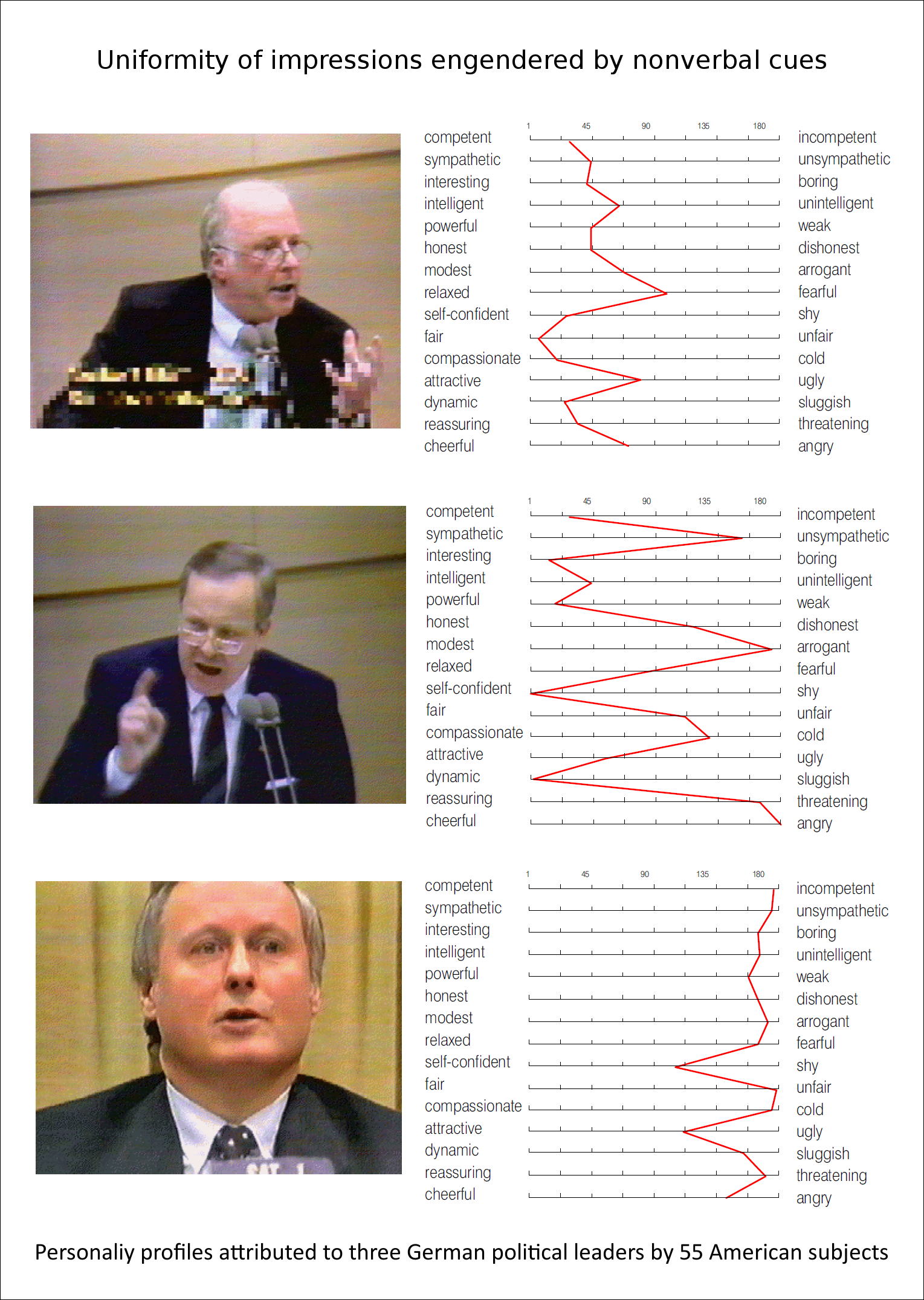