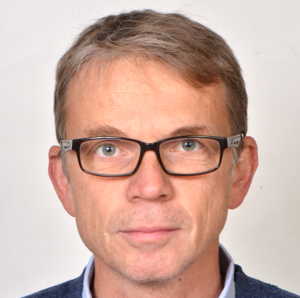 His visit coincides with the research training groups annual June Workshop which will be held from the 21.06. – 23.06.2016. During his visit, he will advise both first year students on how to improve their dissertation proposals and second year students, returning from the field, with their data analysis. Prof. Heinrich is no stranger to IN-EAST having obtained his PhD in Japanese studies here in 2002. After completing his habilitation in 2005 he stayed on in Duisburg, lecturing here until 2008.
From 2008 – 2010 Patrick Heinrich was a visiting professor at the University of Ryukyus in Japan where after he moved to Dokkyo University, Japan (2010 – 2014). Currently he is an associate professor at the Department for Asian and North African Studies, Ca’ Foscari University, Venice.
His research interests are concentrated on language and identity, sociolinguistics and endangered languages. Some of his most recent books are: Handbook of the Ryukyuan Languages (with Shinsho Miyara and Michinori Shimoji; Mouton de Gruyter 2015), Language Crisis in the Ryukyus (with Mark Anderson, Cambridge Scholars Publishing 2014); Language Life in Japan (with Christian Galan; Routledge 2011).