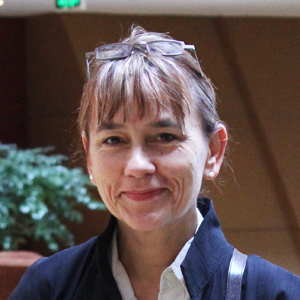 Carolyn Cartier
Territorial Urbanization and the Party-state in China: Economy, Politics and Exigencies of the Mao Era

This seminar introduces territorial urbanization in China through the historical conditions and research design problems of the Chinese administrative divisions and urbanization in relation to comparative territorial thought. The Chinese Party-state maintains powers to establish new cities and enlarge and merge existing ones, and even eliminate others whereas the literature on urbanization in China often subsumes party-state territorialization practices under internationally recognizable epistemologies such as urban and regional planning and simplifies and contains their urban-economic transformations to fixed spaces in zone development. This seminar pursues the territorial reproduction of state power through three cases: the Shanghai Pudong New Area, where a territorial merger doubled its size and central policy imagines the future of China’s international financial center; a ‘political economy of rank’ in Suzhou, a prefecture-level city in the Yangzi River delta, where Party officials adjust the administrative divisions in relation to official appointments and ‘rank boosting’; and in Changzhou, a prefectural city that faces limits to growth in relation to strong surrounding counties and the exigencies of the Mao-era territorial ‘cut’ in the 1950s.

CV
Carolyn Cartier (BA, MA, PhD, University of California, Berkeley) is Professor of Human Geography and China Studies at the University of Technology Sydney. She is chief investigator of ‘The Geography of Power in China: Urban Expansion and Administrative Empire’, a collaboration with the Center for Research on the Administrative Divisions in China. Her research program focuses on urban and regional change from perspectives on spatial transformation behind the spectacle of rapid growth in China, spanning subjects from territorial governance to the politics of culture and urban aesthetics and the production/consumption transition in the contemporary city. She has sat on and chaired the the U.S. Social Science Research Council International Dissertation Fellowship Final Selection Committee, and has been an editor of Urban Geography and associate editor of Eurasian Geography and Economics. She is a past Fulbright Fellow in Hong Kong and is currently an associate member of the Centre for China in the World at the Australian National University.