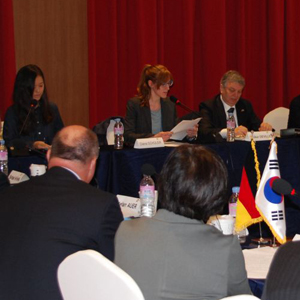 Duisburg Scholars at the German-Korean Forum

Two IN-EAST scholars participated in the 15th German-Korean Forum, this time held in the beautiful ancient Shilla-capital of Gyeongju, South Korea, on October 12 to 14, 2016.

Prof. Werner Pascha took part in the main Forum, which prepared recommendations to the two governments on issues related to politics, the economy and culture. Diana Schüler, doctoral student in the DFG-Graduate Training School on "Risk and East Asia", took part in the so-called Junior Forum. She was chosen to present the conclusions of the Junior Forum to the main Forum together with Korean student; while the latter delivered her speech in German, Diana Schüler spoke in Korean. 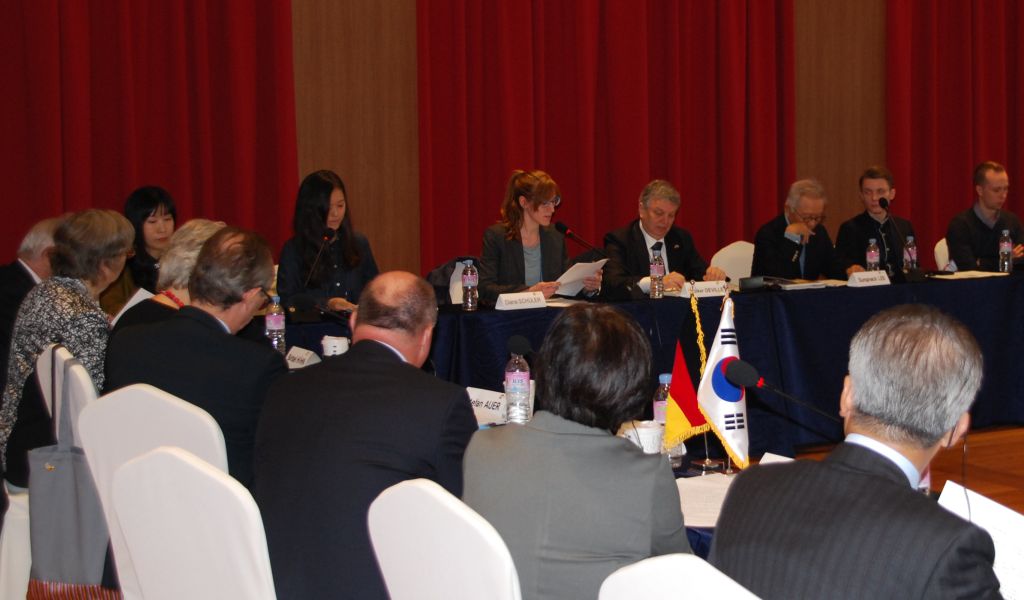 As for the Forum´s findings, in terms of North-South Korean relations, despite the extremely serious recent actions in the North, the Forum recommended not to close dialogue channels entirely. On the economy, one focus was on the digital economy "Industrie 4.0", with one concern being that both countries should focus more on the consumer-related platforms that are dominated by American and to some extent by Chinese suppliers.One highlight with respect to culture were projects to identify and chart major historical places in North Korea.

More details can be found at http://www.dekrforum.de