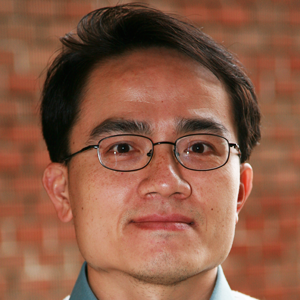 Abstract
Hukou is one of the enduring institutions that defines social citizenship of the residents/immigrants in China. While much discussion focuses on the Chinese case, still little attention is paid to the system in Taiwan, let alone a comparison of the both. This article seeks to enrich the discussion of the two hukou systems in terms of their functions in determining the access of cross-strait immigrants to the social benefits of the respective host countries. Drawing on the “credibility thesis”, the analytical locus is placed on the continuity and change of institutional functions underlying the apparent persistence of institutional forms. When granting/withholding immigrants the access to local social benefits, hukou systems fulfill several functions: firstly, the symbolic dimension, in which immigrants from both sides are (artificially) regarded as citizens of a divided nation rather than two separate states; secondly, the substantial dimension that defines the scope and extent of social benefit entitlements granted to the immigrants in concern; and finally, the management dimension that allows room for considerable administrative discretion in adaptation to various circumstances arising from the unsettled cross-strait relations. Often times, realization of these various functions is in loggerhead with one another, compounded by conflicts in identity politics regarding Chineseness or Taiwaneseness – with repercussions for the generosity/rigidity of social inclusion for the cross-strait immigrants. Evidence underpinning the theoretical elaboration stems from the analysis of legal documents regulating the social rights of immigrants in China and Taiwan, supplemented by the historical traces of the politics of cross-strait migration and institutional changes of the hukou systems. The final findings should shed light on the mechanisms facilitative/restrictive of the hukou regulations in China and Taiwan, highlighting the puzzling phenomenon that the both hukou systems are gaining in significance in steering the cross-strait migration in a time when their functions in regulating domestic migration are changing, if not weakening.

Shih-Jiun Shi
Professor in the Graduate Institute of National Development, National Taiwan University. His fields of research include comparative social policy with particular regional focus on Mainland China and Taiwan, EU social policy. He has published papers in several journals including the Journal of Social Policy, Social Policy & Administration, Policy & Politics, International Journal of Social Welfare. Currently he is conducting research projects on the development of social policy in Greater China, and also collaborates with other scholars in the research on East Asian social policy.