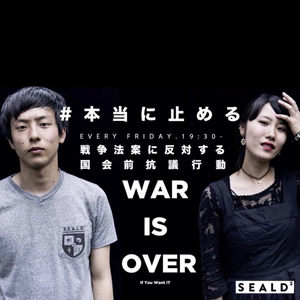 ABSTRACT In the years since the disasters of March 2011 in Japan, we have seen extensive local activism throughout Tohoku around issues of radiation, and the largest and most spectacular demonstrations in Tokyo since ANPO in the 1960’s and 1970’s. Youth have been at the center of many of these direct actions, including different 'anti-nuke' groups and more recently, 'anti-war’ groups, and especially SEALDs (Students Emergency Action for Liberal Democracy). While impressive in both scale and coordination, most of what is happening on the ground does not fit our established models of 'social movement’ as well as being a challenge to more established representations of Japanese civil society. Academics and activists are now trying make sense of this rise of 'non-movement' activism and to chart how a politics of survival in Tohoku become a normative politics of the popular in Tokyo. This talk, based on fieldwork and video interviews collected continuously since 2011, is a first attempt to sort out these shifts in terms of their institutional connections, rhetorical focus, performative repertoires and presence on both mass and social media.