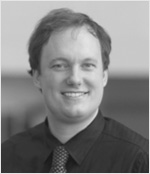 Abstract:
The East Asian region and in particularly Japan, Taiwan, Korea and the PRC have developed successfully through a distinct developmental state-led model that is based on investments and export orientation. In the comparative political economy literature, this development model is referred to as “East Asian capitalism” highlighting similarities in the region and differences with Western liberal models of capitalism in the US as well as coordinated varieties in continental Europe. Indeed so far the hyper-globalization thesis that all countries would converge towards one best practice model of (neoliberal) capitalism have been wrong. This does not mean that the East Asian growth model is unchallenged and without problems. On the contrary, declining growth rates, high debt levels, increasing social inequality, environmental degradation, political corruption and weak civil societies are impeding the transformation of East Asia towards a balanced, sustainable and equitable future. Is the path dependency of a previously successful development model impeding progress in the region?

Biography:
Thomas Kalinowski is a professor of Political Science at the Graduate School of International Studies at Ewha Womans University in Seoul, Korea. He is teaching International Political Economy, Comparative Political Economy, European Integration, International Organizations and Development. After receiving his PhD from Freie Universität Berlin in 2004 he was a lecturer at Humboldt University Berlin, a postdoctoral fellow at the University of California in Berkeley and a visiting assistant professor at Brown University. Recent publications include works on the political economy of financial crisis and crisis management, global governance, the global role of East Asia, the diversity of capitalism and the transformation of the East Asian developmental state. You can follow his research at
https://www.researchgate.net/profile/Thomas_Kalinowski