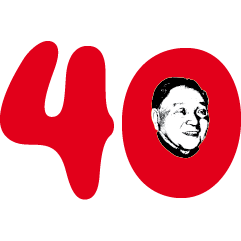 The year 2018 marks the 40th anniversary of the Third Plenum’s decisions on opening-up and reform (1978). The experimental integration of market elements into China’s centrally planned economy, sometimes classified as “Chinese variety of capitalism” or “Socialism with Chinese Characteristics”, is still an ongoing and dynamically evolving process. To cope with the negative externalities and unexpected socio-ecological side-effects of the 1978 decisions, the 19th Party Congress held in 2017 redefined the guidelines of China’s official development path in the “New era”. This refined developmental strategy reflects domestic challenges as well as changing constellations at the global level and China’s role in international institutions.

This conference seeks to undertake a systematic, theory-guided analysis of China’s socio-economic development path in retrospective and comparative perspective. During the past four decades, China’s economic system has evolved in a highly idiosyncratic fashion, in which bottom-up entrepreneurship and pressure for change have been as important as top-down decrees for economic development envisaged by the ruling party and government elite. Likewise, an increasingly intensive exposure to the global markets and its usances has resulted in institutional transplantations becoming a major stimulus for the design of the domestic socio-economic regime.

As the fifth generation of China’s political leaders has proclaimed the entrance into the stage of “new normal” (xin changtai), core features of the post-Maoist economic modernization strategy have become revised and partially reconfigured. Instead of separated reforms mainly limited to the fields of economy, the PRC now seeks to engage in simultaneous, coordinated reforms in five interrelated fields (wu wei yi ti). At the same time, China is positioning itself as defender of global free trade and actively pushes for the reform of the existing post-World War II international institutional order.

While propagating a selected set of liberal market values in the global arena, the domestic economy remains strictly controlled by the Communist Party and a specific regime of state-business collusion, in which the dividing line between a regulating state and the regulated business sector becomes blurred. The specific roles state-owned firms, private entrepreneurs and foreign invested players take up in the Chinese economy remain shrouded in mystery.

This international conference, organized by the IN-EAST /
University of Duisburg-Essen, aspires for an interdisciplinary exchange of ideas and insights. Scholars form the disciplines of business administration, economics, sociology, political science, and others are invited to submit proposals on the following topics: