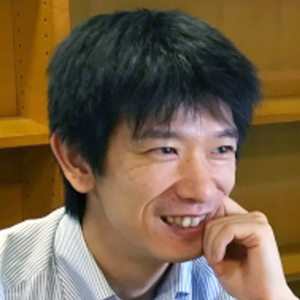 Digital media such as Twitter and Facebook are connecting so-far disconnected people and activating their political participation (Bennet and Segerberg 2011). Connecting this discussion, this paper aims to explain how the spread of digital media contributed to the anti-nuclear demonstration in Japan after the Fukushima accident.

Although the sudden upsurge of the demonstrations after the Fukushima accident is widely reported (Chiavacci & Obinger 2018; Brown 2018; Oguma 2016), the exact mechanism how this upsurge came about was still not answered. Given the fact that Japan had suffered from the prolonged “ice-age of the social movements” (Pekkanen 2006), it is crucial to examine (1) who the new-comers to demonstrations are and (2) how these new-comers are activated. Based on the online survey conducted at the end of the year 2017 to around eighty thousand people living in greater Tokyo area, this paper answers to these questions.

According to our survey, we can classify 37 % of the demonstrators as “new-comers”, as they have no prior experience to the participation in a demonstration in general before the accident. As compared to those who had prior experiences to the demonstrations or “veterans”, the new-comers are less leftist and more culturally liberal. The new-comers showed a favorable attitude toward social movements even before the accident. But they did not actively participate in it, because most of them did not belong to political or citizen groups. Our survey shows that new-comers are more dependent on digital media than “veterans”. Accordingly, we conclude that digital media contributed to widening the participants of the demonstrators after the accident.

Dr. Keiichi Satoh is Postdoctoral research fellow of Japan Society for the Promotion of Science (JSPS) and guest researcher at University of Konstanz. In March 2019 he is Hiroshi Kitamura Fellow at the IN-EAST School of Advanced Studies in Duisburg. His current research themes include social movements after the Fukushima accidents, climate change, digital transformation and social networks. His books and articles include Anti-nuclear Social Movements after Fukushima Accident (co-editor with Takashi Machimura, 2016), Participation to the Post 3.11 Protest: Focusing on Anti-Nuclear and Anti-Anpo Social Movements, in: Research on Social Sciences, University of Tokushima 32: 1–84, 2018, with other co-authors), in Japanese.