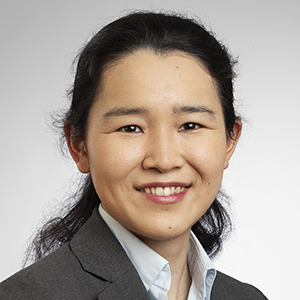 BMBF-funded Project: Skill in the Migration Process of Foreign Workers in Asia – especially Vietnamese IT specialists

Japan is becoming a country of immigration. Because the society is aging and the economy is desperately seeking workers, the government is shifting its policy. The recruitment and labour integration of Vietnamese IT specialists is being studied by IN-EAST scholar Dr. Aimi Muranaka. She is part of a BMBF-funded junior research group investigating the role of skills in migration processes in Asia. The entire project (funding period: 4 years) is led by Ruth Achenbach and Joohyun Justine Park (Goethe University Frankfurt), other involved scholars are Helena Hof (MPI Göttingen) and Megha Wadhwa (Free University Berlin).

Japan has two percent of foreign residents. That’s low compared to the European countries, but their numbers have never been higher. Vietnamese are the third largest group after migrants from China and South Korea. New visa rules are intended to bring more foreign workforce into the country in the future. These workers will be given better treatment in terms of visa duration and family reunification. But they will also have to learn Japanese and pass exams on their expertise.

Aimi Muranaka: “Japan is very interested in Vietnam: firstly as a sales market for its products, and secondly because of its cheap and good workers. In Vietnam, on the other hand, the tech sector is growing tremendously. A bilateral trade agreement between the two countries also makes easier for Vietnamese to work in Japan This applies to industries such as nursing and, as well as those where higher education is required, such as IT.”

In her sub-project, which is funded with more than 500,000 Euros, she is investigating how Vietnamese IT employees are recruited and integrated into the Japanese labor market. There is no government employment agency in Japan, but is done by private companies. She would like to take a closer look at their role and that of language schools. “For example, there are placement companies that fund training programs for IT skills and Japanese at Vietnamese universities. Similar to other foreign skilled labour in Japan, Vietnamese professionals do not have easier time integrating in the labour market due to different factors. This includes the strong demand from Japanese employers to language proficiency and knowledge of Japanese business culture. Again, there are service providers who specialize in teaching this.”