Previous Experiments at the drop tower in Bremen.

A sample video illustrating the idea behind ARISE is shown above. The actual experiment will look close to this video, which was captured at a drop tower campaign. It shows collisions between glass spheres of the same size. The drop tower sequence of roughly ten seconds ends before clustering can start.

Similar Drop-Tower-Experiments on tribocharging of particles consisting of the same material have already shown before, that mm-sized glass beads are strongly charged by collisions (MAREG, DLR50WM1542). In the figure below one can see trajectories of charged glass beads between capacitor plates. 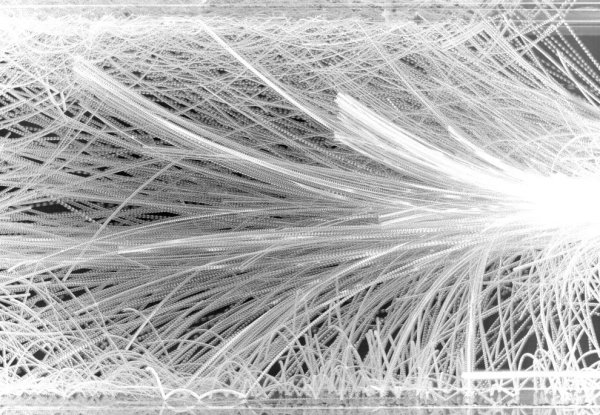 Accelerated motion of charged particles in an electrical field.
​​

Closer observations of the particles shows that the charging changes the clustering behaviour significantly. In these videos sticking collisions of two particles can be observed regurarly. These bounce off after the first contact. However they are then accelerated towards each other and stick together after the second contact. These experiments indicate that tribocharging can change the clustering behaviour of mm-sized glass beads which will be further investigated with ARISE.