Between 2015 and 2019, we strive to produce interdisciplinary cutting-edge research on the ways in which the public deals with neuralgic societal risks such as climate change, demographic change and state deficits in the 21st century ("big risks").

What is unique about our research group

The Core Concept that we work with

We define risk as a real-world event that has negative consequences as interpreted by individuals. Two kinds of uncertainty matter for the ways in which societies deal with risks. On the one hand, the realisation of an event is associated with a known or unknown probability distribution that models uncertainty of the timing and the intensity of the realisation. On the other hand, the knowledge about the (nature of the) event and its probability distribution could be uncertain.

What we aim to accomplish 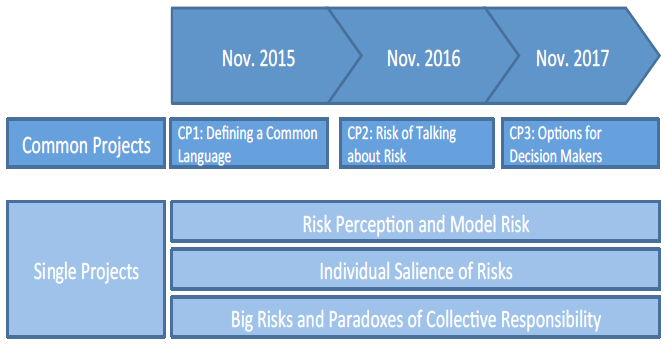