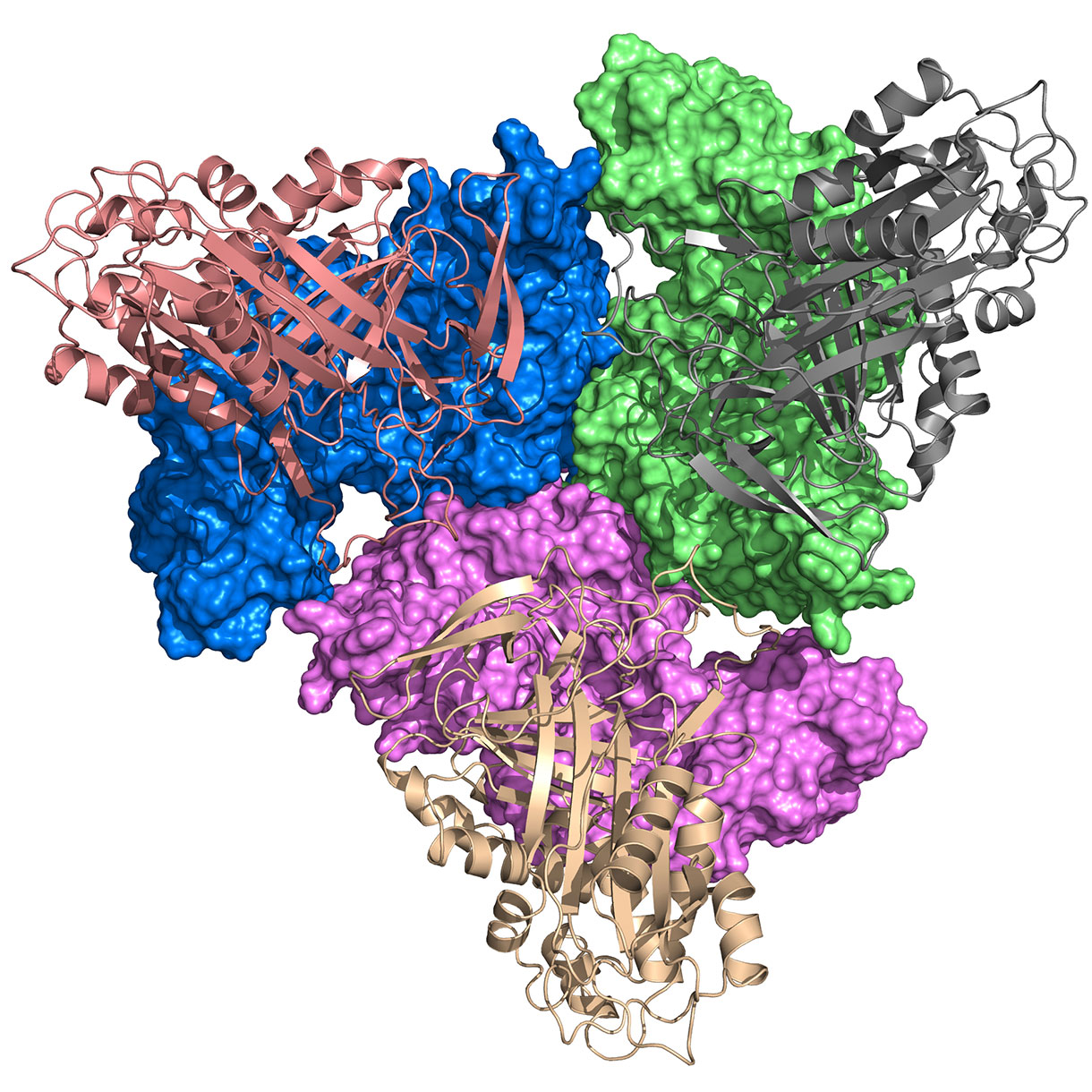 The abundance of general chaperones and proteases suggests that cells distinguish between proteins which can be refolded and "hopeless" cases fated to enter the proteolytic pathway. We are interested in the mechanisms controlling this key metabolic decision by studying various protein folding catalysts, proteases and their native substrates.

A particular focus is to study the physiological implications of bacterial and mammalian HtrA proteases. These proteases are tightly regulated by allostery, cooperativity, activation by oligomerisation and their specific cellular localisations. Our mechanistic studies aim at determining the underlying regulatory und functional mechanisms at up to atomic resolution. Furthermore, translational research is carried out to make use of the basic scientific discoveries for tackling severe human diseases such as bacterial infections, cancer and Alzheimer's disease.

Studies performed in Winfried Boos' laboratory at the University of Konstanz, expanded the classic Jacob & Monod model of gene regulation in which an external inducer is taken up by cells to interact with a transcription factor. We have shown by using the maltose regulon as a model that specific endogenous i.e. intracellular inducers function as regulators of gene expression. These endogenous inducers can, under certain conditions, have larger effects than exogenous inducers.

In Jon Beckwith's laboratory at Harvard Medical School the gene fusion technology was expanded by generating the first sandwich fusions of membrane proteins and alkaline phosphatase for topological studies. In addition, genetic studies performed in collaboration with Dana Boyd and Karen McGovern revealed the determinants of membrane protein topology. Another aspect of our past research was the design of the "Targeted Directed Proteolysis in vivo" (TDP) approach. TDP uses the specific Tobacco Etch Virus NIa (TEV) protease. Polypeptides that are not natural substrates are proteolysed if they carry an engineered cleavage site. This method was applied to conditionally inactivate essential proteins and to study their structure, function and translocation in living cells. We have also shown that TEV protease can be even attached to the exit tunnel of the ribosome where it cleaves nascent chains of target substrates. We were the first to show that non-natural biochemical activities can be recruited to the ribosome.

A6: Implications of deregulated proteostasis in cell state transitions

B1: Supramolecular ligands modulate assembly and function of HtrA proteases