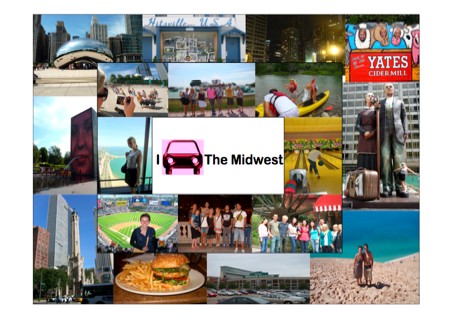 In summer 2009, Adam von Wald led a two-week excursion of seven students to the American Midwest. They spent several days in Chicago, Illinois, visiting the Hancock Tower, the Art Institute of Chicago, shopping on the Magnificent Mile, touring the stunning architecture by boat, swimming on the beach and cheering at a White Sox baseball game.
A short visit to Traverse City, Michigan followed where they climbed the Sleeping Bear Dunes, went kayaking and enjoyed some of Leelanau County’s finest wines. Michigan State University in East Lansing, Michigan was their next stop and included a campus tour and some university nightlife. The rest of their trip was spent in the Detroit Metro area visiting with an American family, going to a cider mill, barbequing and, of course, checking out the local mall.

The same excursion took place in the summer of 2012. What follows is a report of the excursion written by the participating students:

– that is our excursion to the United States summed up in one sentence. But let us start at the beginning. Our plane departed from Düsseldorf on July, 23rd. Although we heard a lot beforehand, none of us really knew what to expect from this trip – except for our two “tour guides” Adam von Wald and Dominik Rumlich, since they already did a similar trip one year ago. For the first six days we stayed in Chicago, the third biggest city in the USA. As soon as we arrived downtown, we were completely overwhelmed by the size of the buildings, the temperature (like 100° Fahrenheit), the streets, the burgers and absolutely everything else. Over the next few days, we did a lot of stuff that is quite typical for America and that helped us to see as much of the city as possible. For instance, we went to a baseball game of the White Sox, did a speedboat architecture tour on the Chicago River and relaxed on the beach with the Hancock Tower directly behind us. On the fourth night, we went to a blues bar located in one of Chicago’s suburbs where we listened to a real American blues band called “The Troublemakers”. So, we did not only do stereotypical tourist stuff, but gained an authentic insight into Chicago. Another musical highlight was Millennium Park with its free classical concerts which we enjoyed with some good food we brought while the sun set behind the magnificent skyline. In general, the weather was great during our whole stay, so we also had a chance to get a nice tan. These are only a few examples of numerous highlights we had in this amazing city; a shopping spree and the Roy Lichtenstein exhibition in the Art Institute of Chicago were among them as well.

On July, 29th we left Chicago for Traverse City, another beautiful city located on the shore of a bay of Lake Michigan. Besides enjoying the seaside and spending lots of time on the beach and in the lake, we went on a vineyard tour to do some wine tasting. We took pleasure in the landscape and the superb quality of the wine. Moreover, we went on a canoe trip in a local river. So, some workout was part of the trip as well. On the second to last day in the Traverse City area we went to the famous natural sight of the Sleeping Bear Dunes, which made for some exhausting but very entertaining hiking. The view out onto Lake Michigan that waited at the end of the walk was a worthy reward. We celebrated the last night in Traverse City by having dinner in a great local restaurant with traditional American food like steaks and micro brewed beers.

On August, 2nd we drove to East Lansing, the hometown of Michigan State University. There, we visited the enormous campus and met some American students of German in class. We were all amazed how good their German was after only two years of learning it. Our group was actively integrated into the lesson by having conversations in German in groups of four. While having lunch with them, one of the students invited us over for the night to his place because he was going to have a party.  As one can imagine, this party was in no way like a German party because (let´s just say) we learnt some new games. To show that we felt like a part of MSU and the Spartans, their local football team, everyone bought lots of sweatshirts and T-shirts.

On August, 4th we made our way to Toronto to see the city and Niagara Falls. It was really interesting because the people in Toronto are somehow different to people in Chicago, although both cities are located near the border. This may be due to the different immigration policies of both countries. Niagara Falls was in two ways very impressive: On the one hand it was nice to see this famous natural wonder and on the other hand it was interesting to see what huge tourist attractions both countries made of it – something that not everyone of us liked so much.

We spent our last day at Mr. von Wald’s sisters’ place. We had a nice barbecue in the evening in order to celebrate Mr. von Wald’s birthday. Beforehand, we visited some family friends at their house which has access to a private lake. There, we were taken on a boat trip to see the other beautiful houses and spent the whole afternoon relaxing in the sun, swimming in the lake, talking to the owners or playing games. All in all, it was just the perfect day to be the last day of this amazing excursion.

The thing that amazed us the most was the authentic experience of American culture and their way of life, be it the blues bar, the student party or just spending the evening at the park while enjoying the calm atmosphere with classical music right beside the skyscrapers and the streets filled with people, going about their business. As a normal tourist one simply does not have access to the real experience because you simply don’t know about the spots you’d have to go to. With a native from the area being one of our group leaders, we had a huge advantage over all the travel guides one can buy. Our recommendation for other students is unanimous: If you ever get the chance to go an excursion in the English department, DO IT! 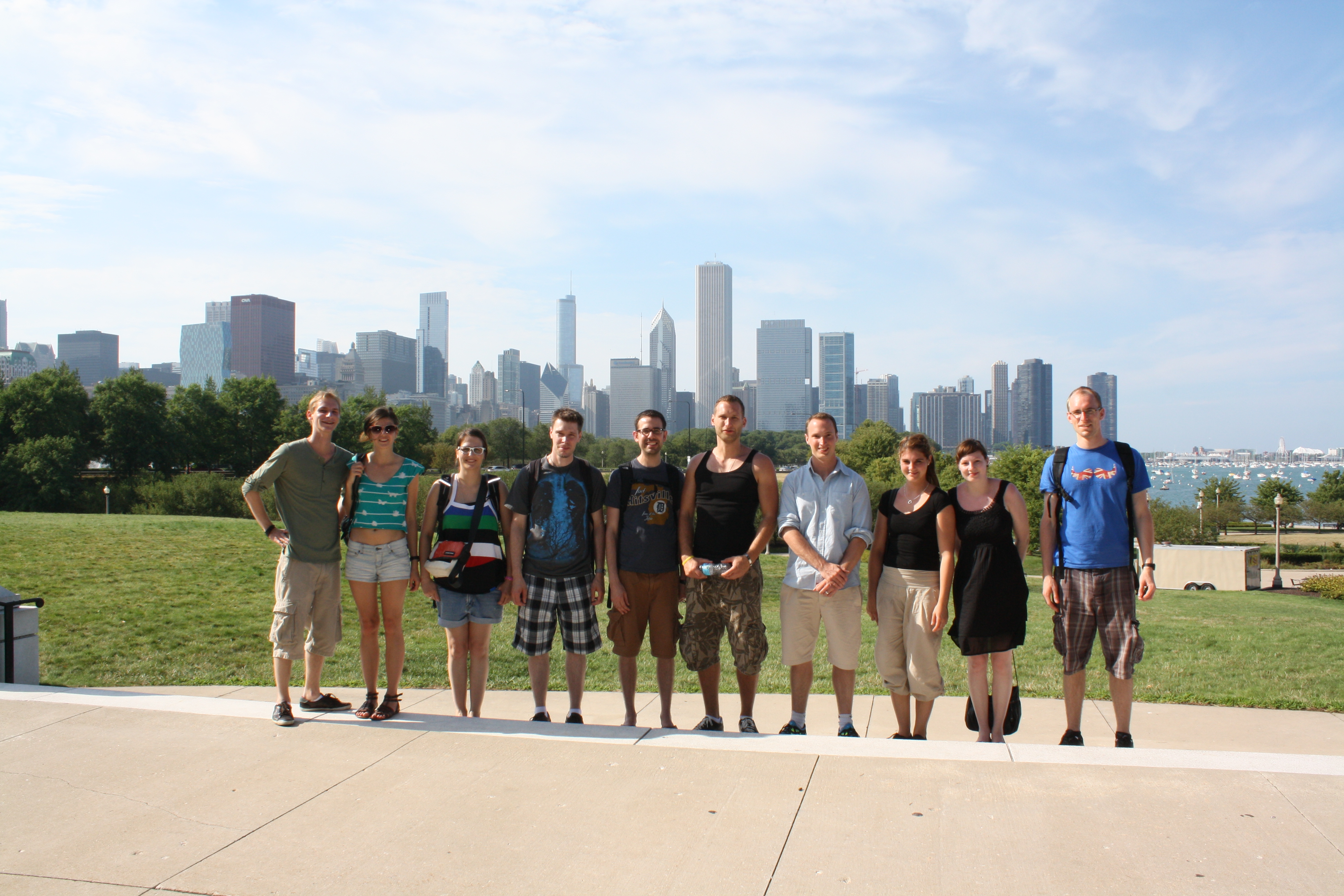 Our first group picture in front of the Chicago skyline 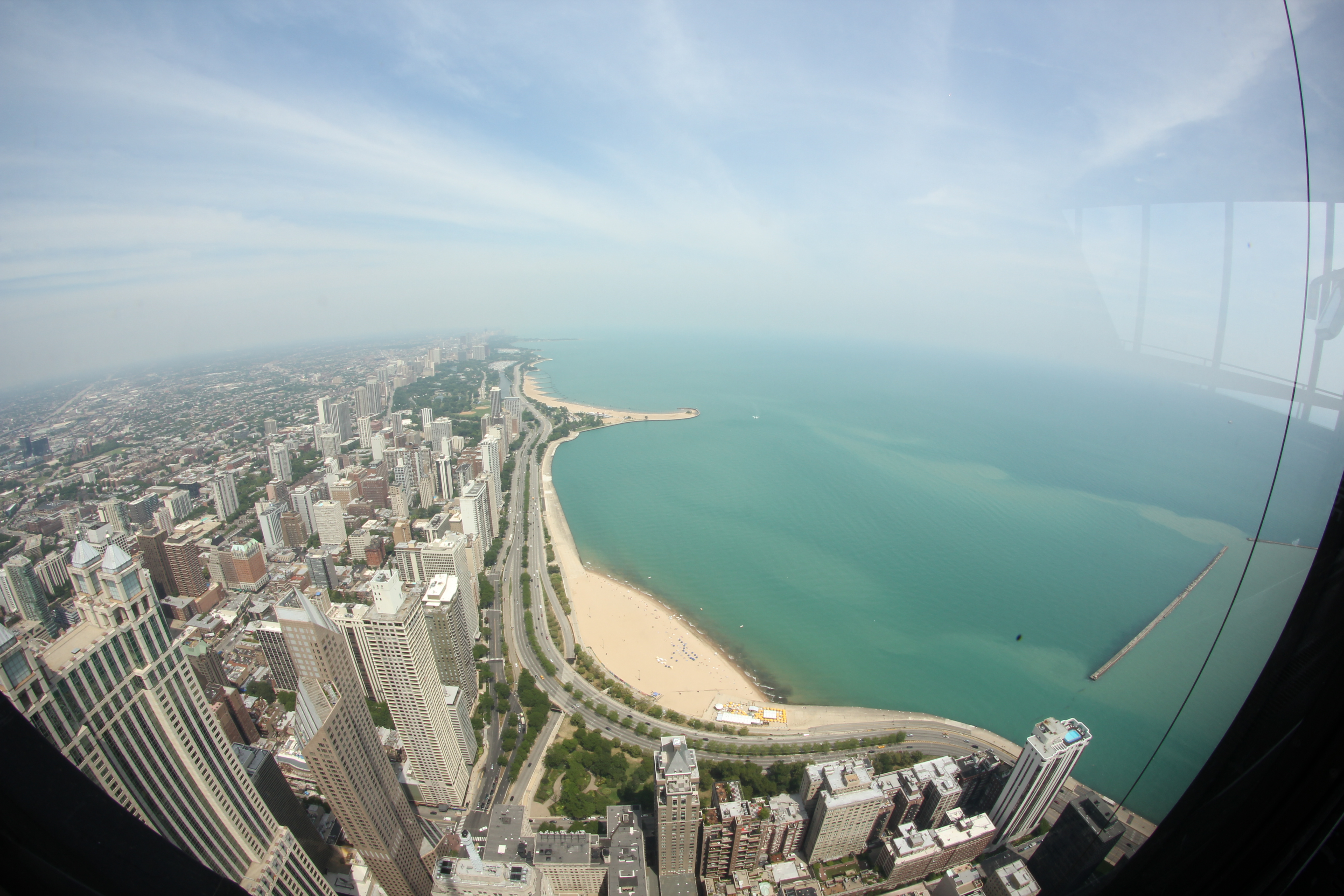 A view of the coastline from Hancock Tower 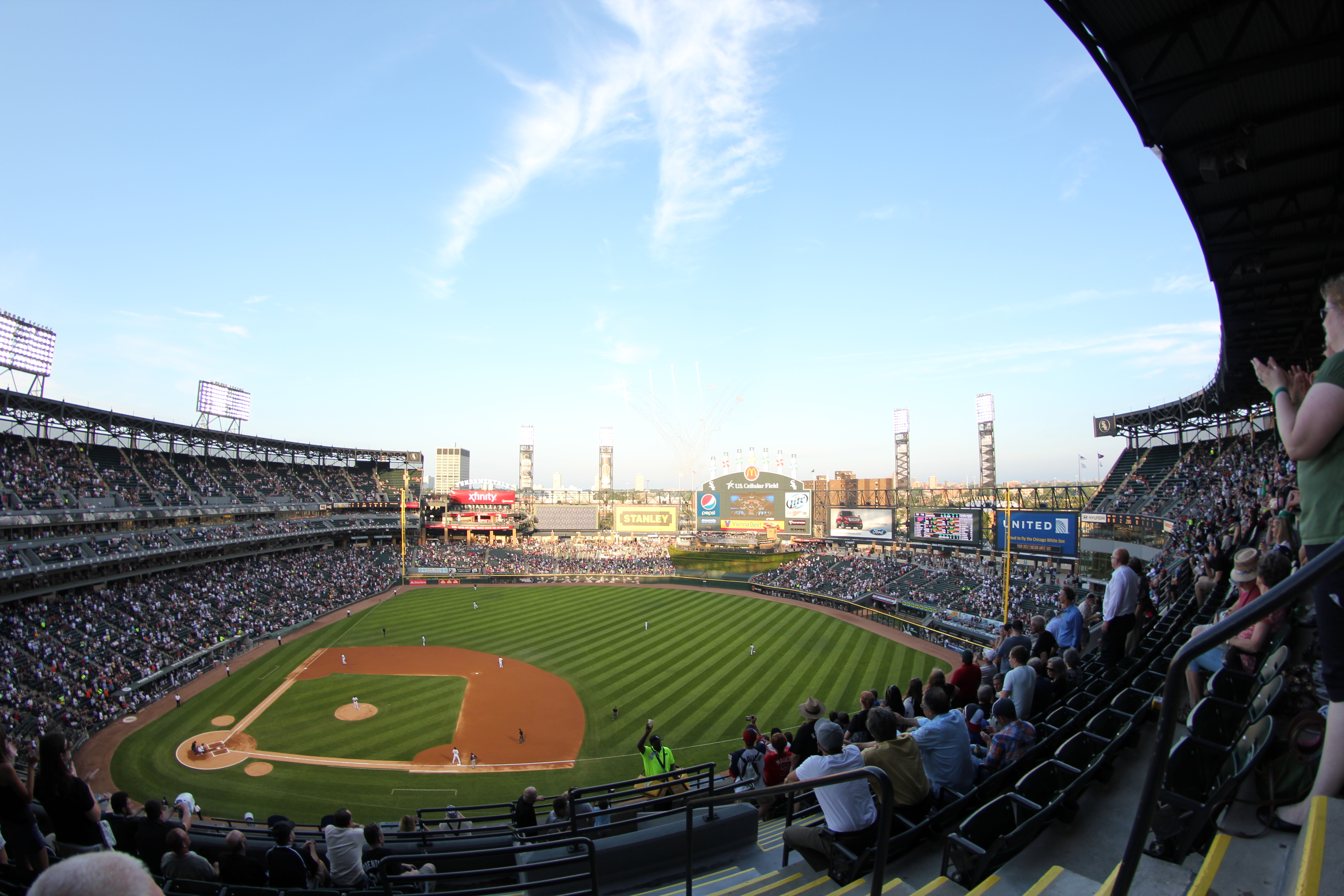 View from the nose-bleed seats at the White Sox game 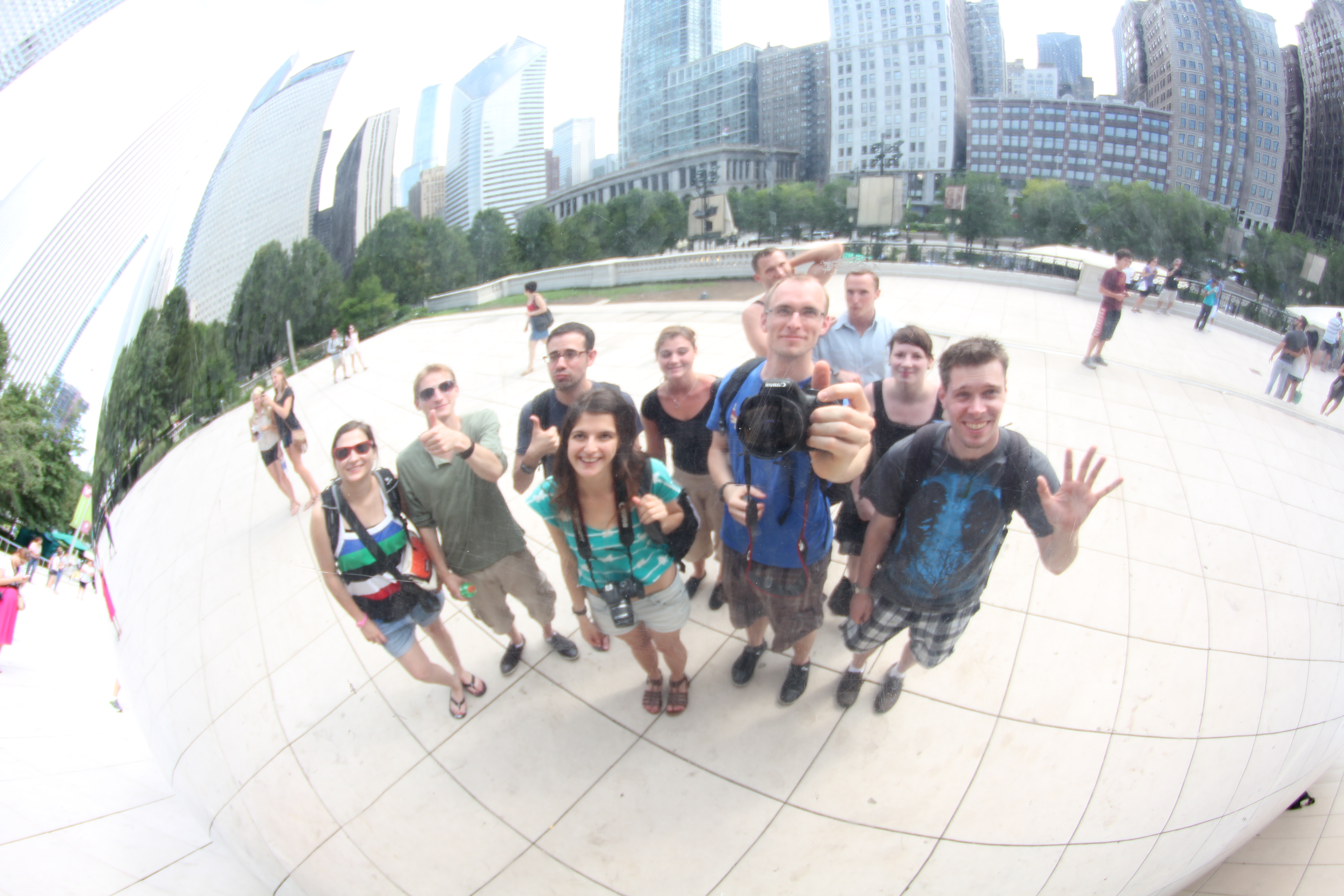 The Bean in Millenium Park in Downtown Chicago 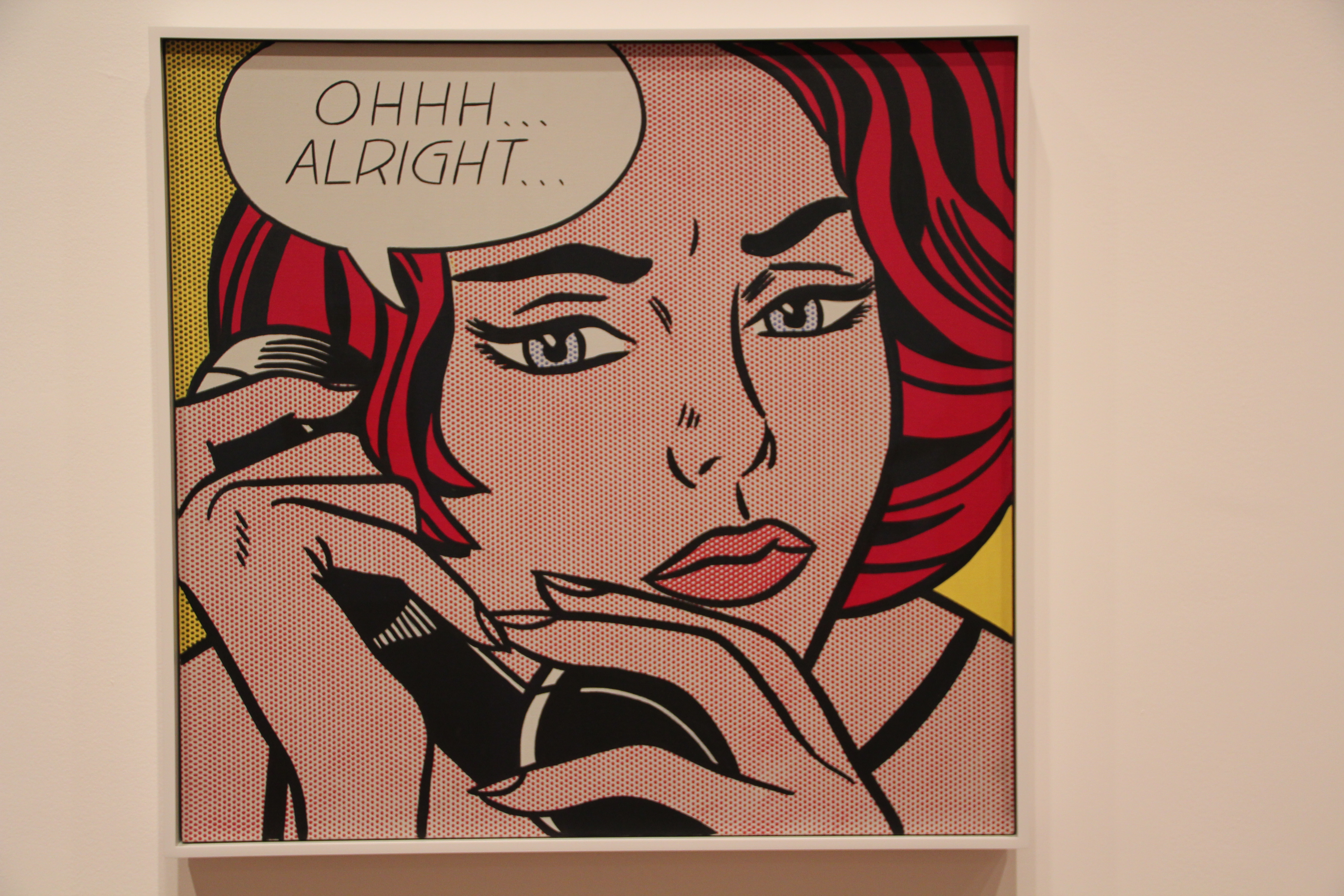 The Lichtenstein Exhibit at the Art Institute of Chicago 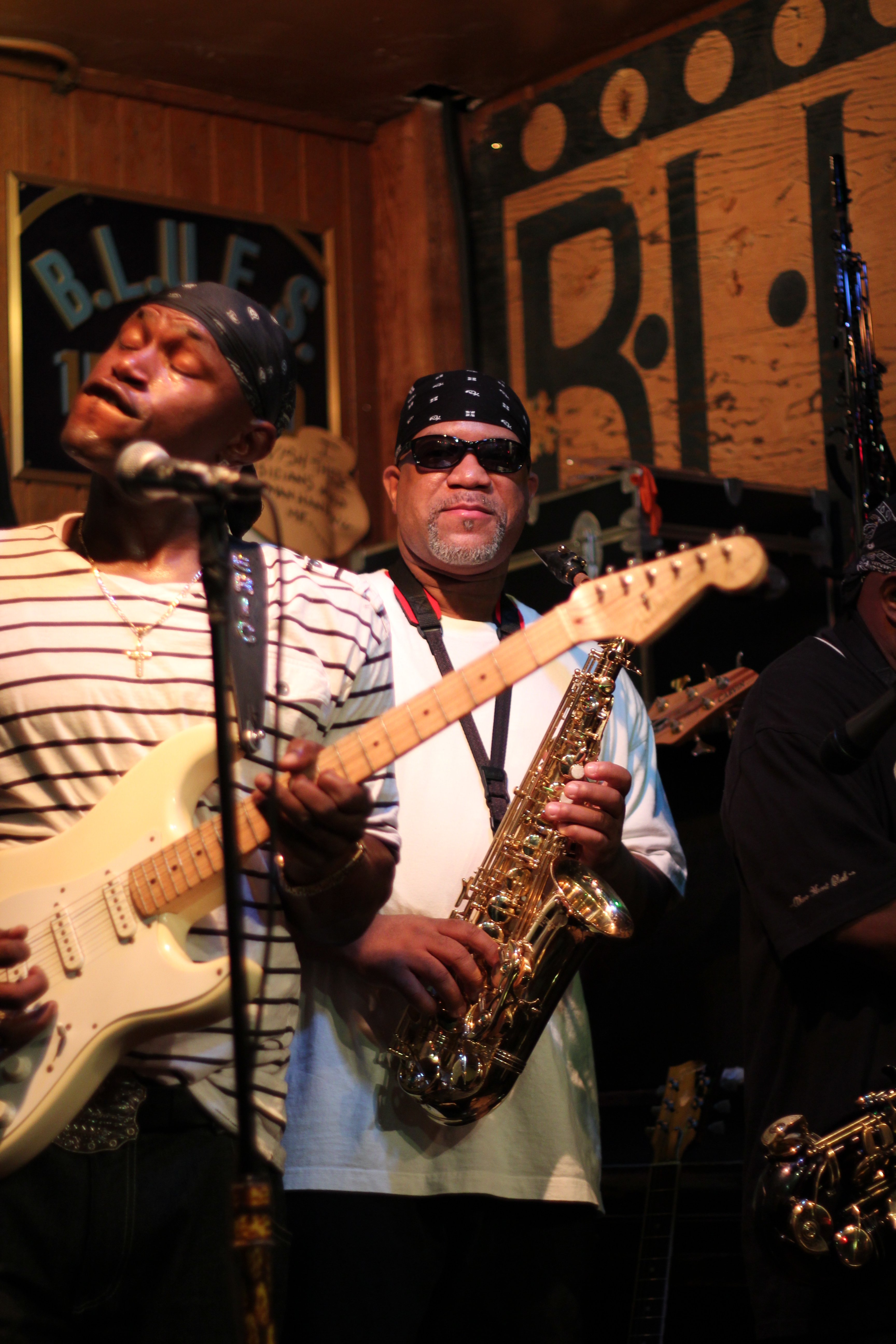 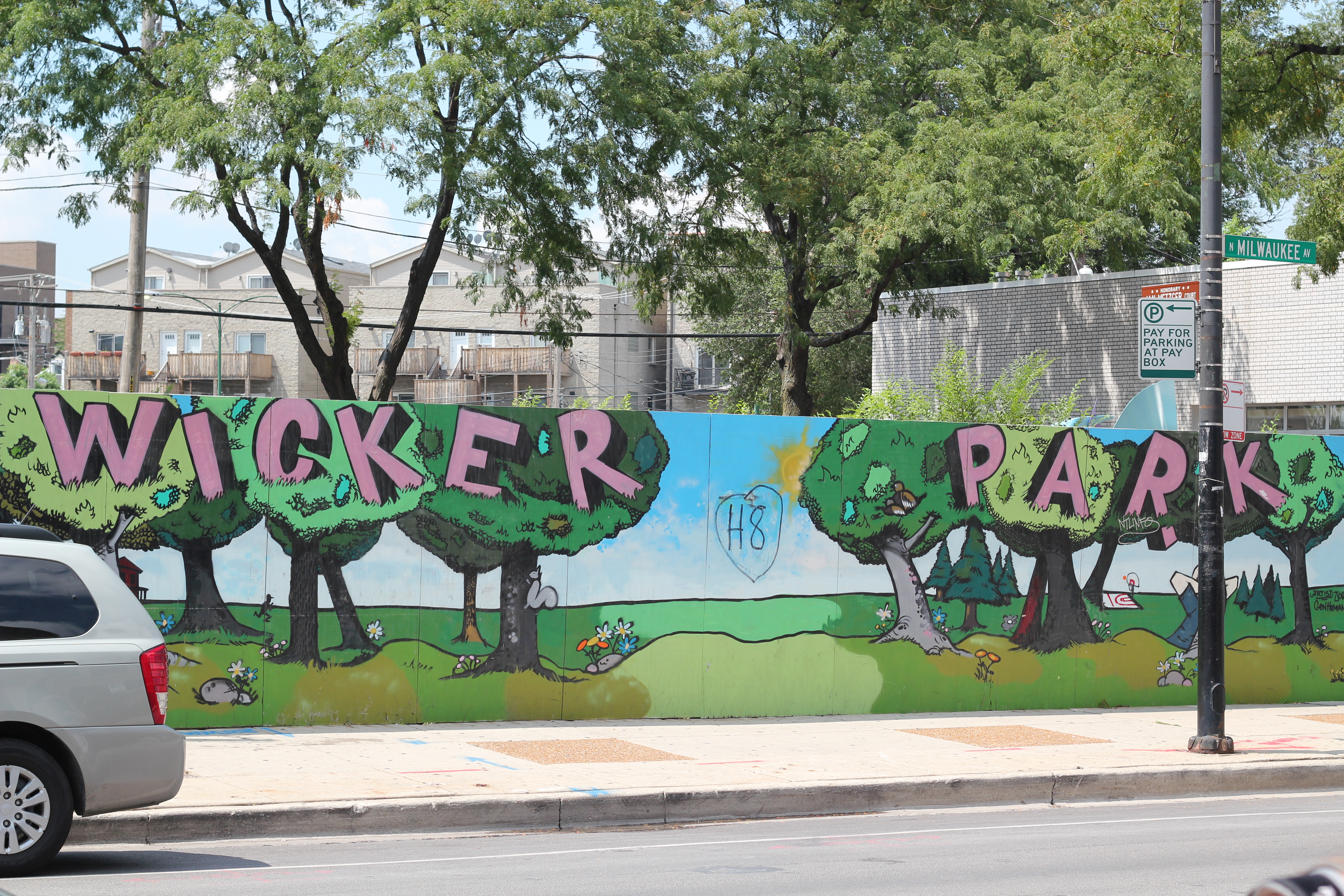 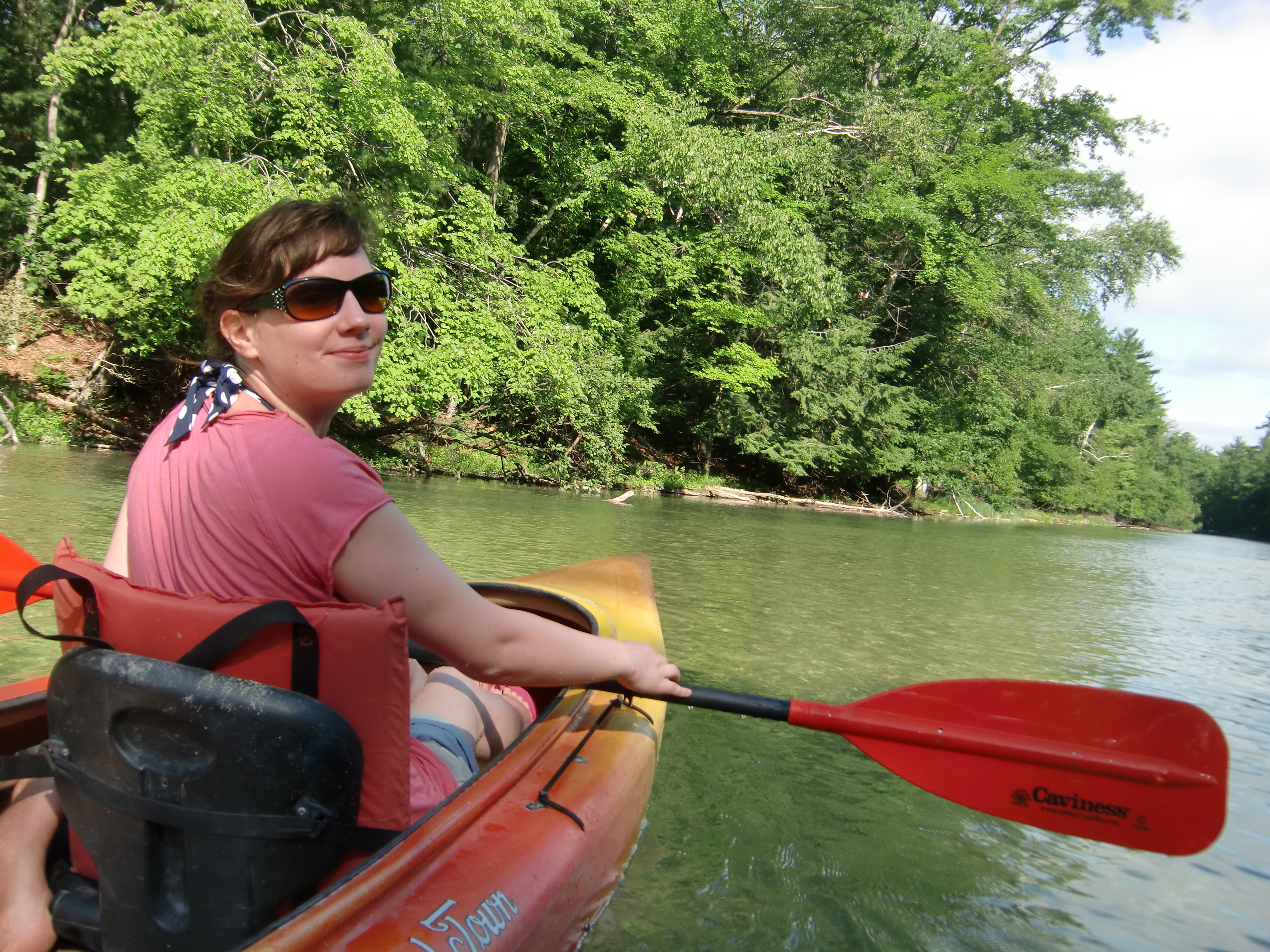 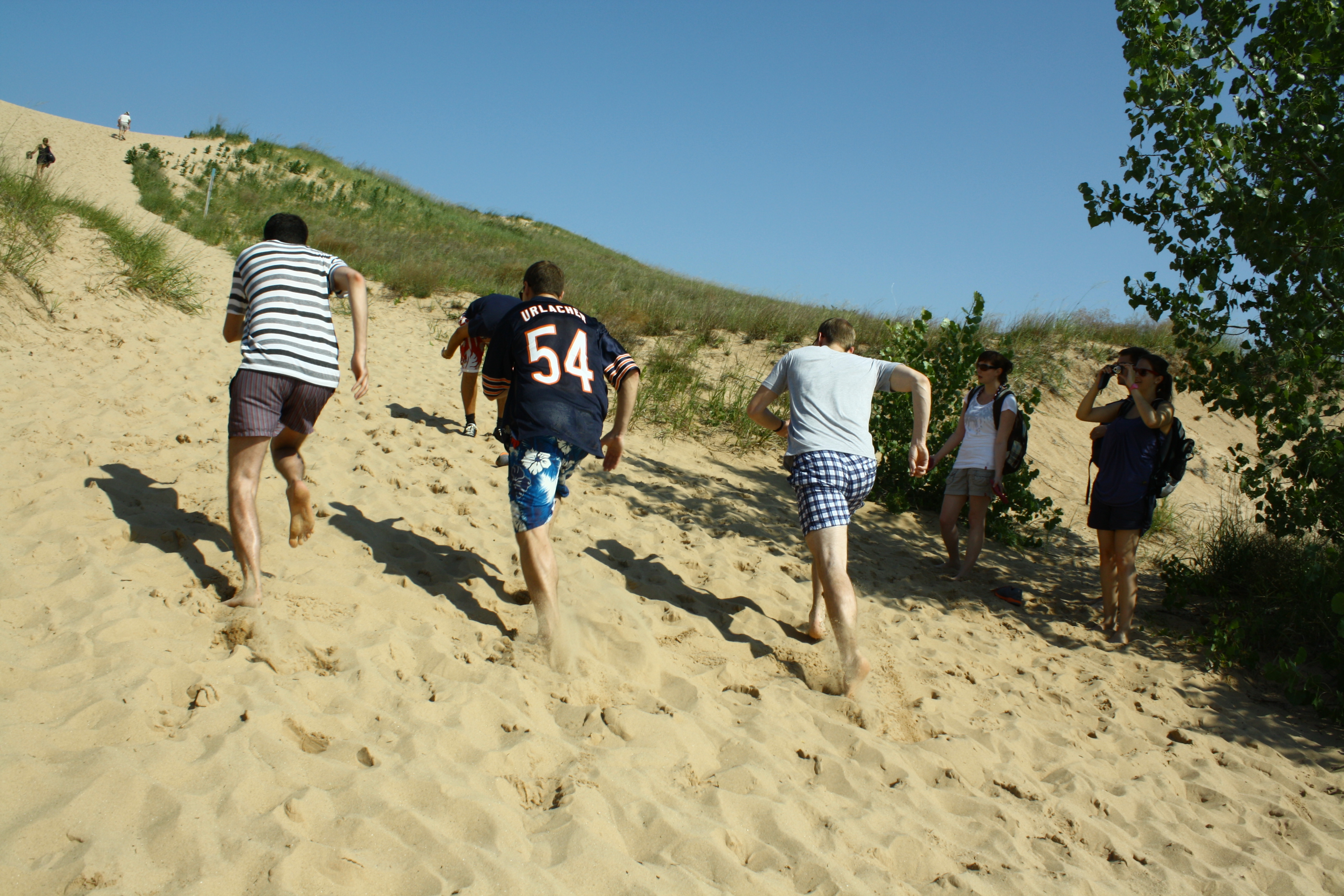 Race up the dunes 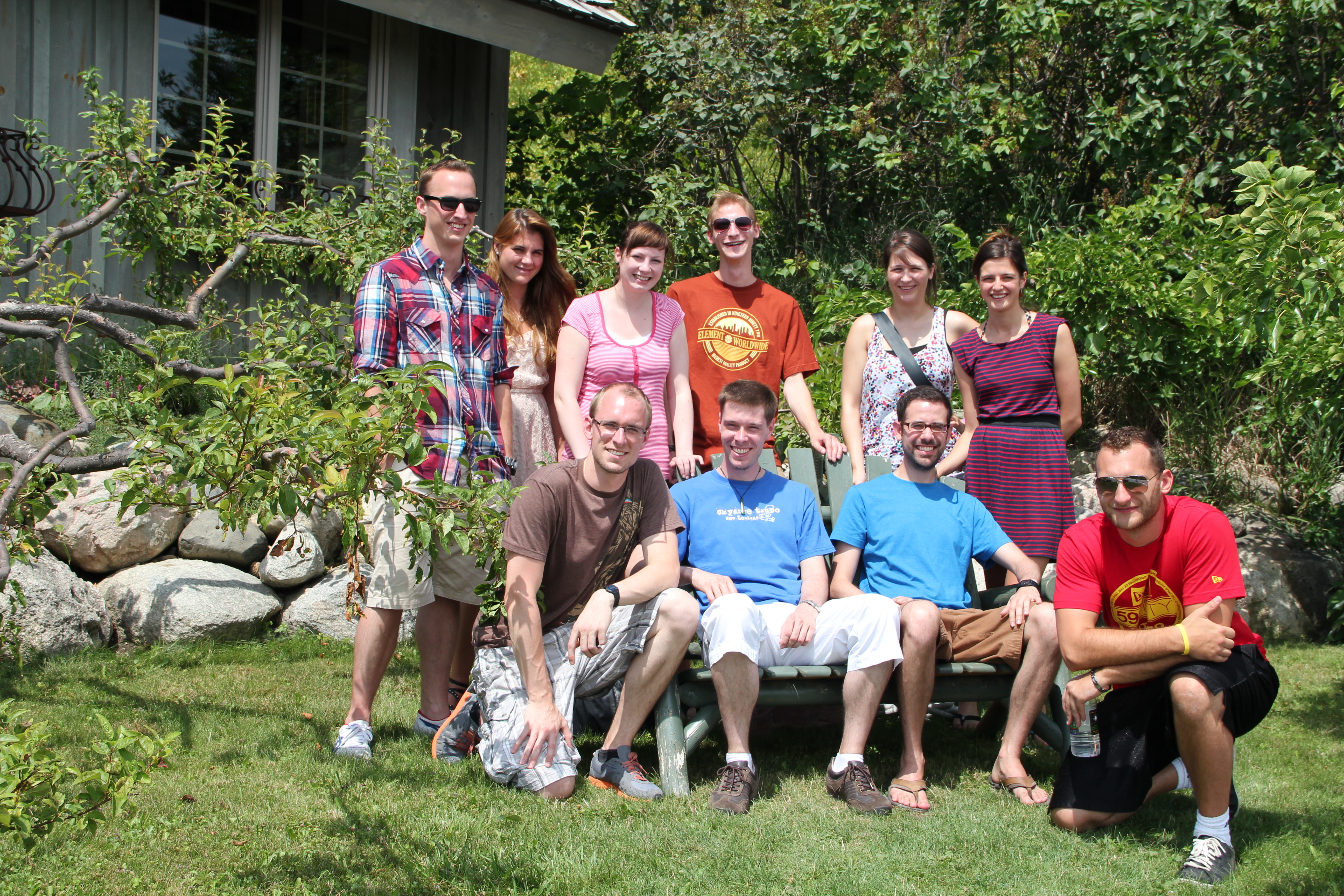 Our second stop on the wine tour in Michigan 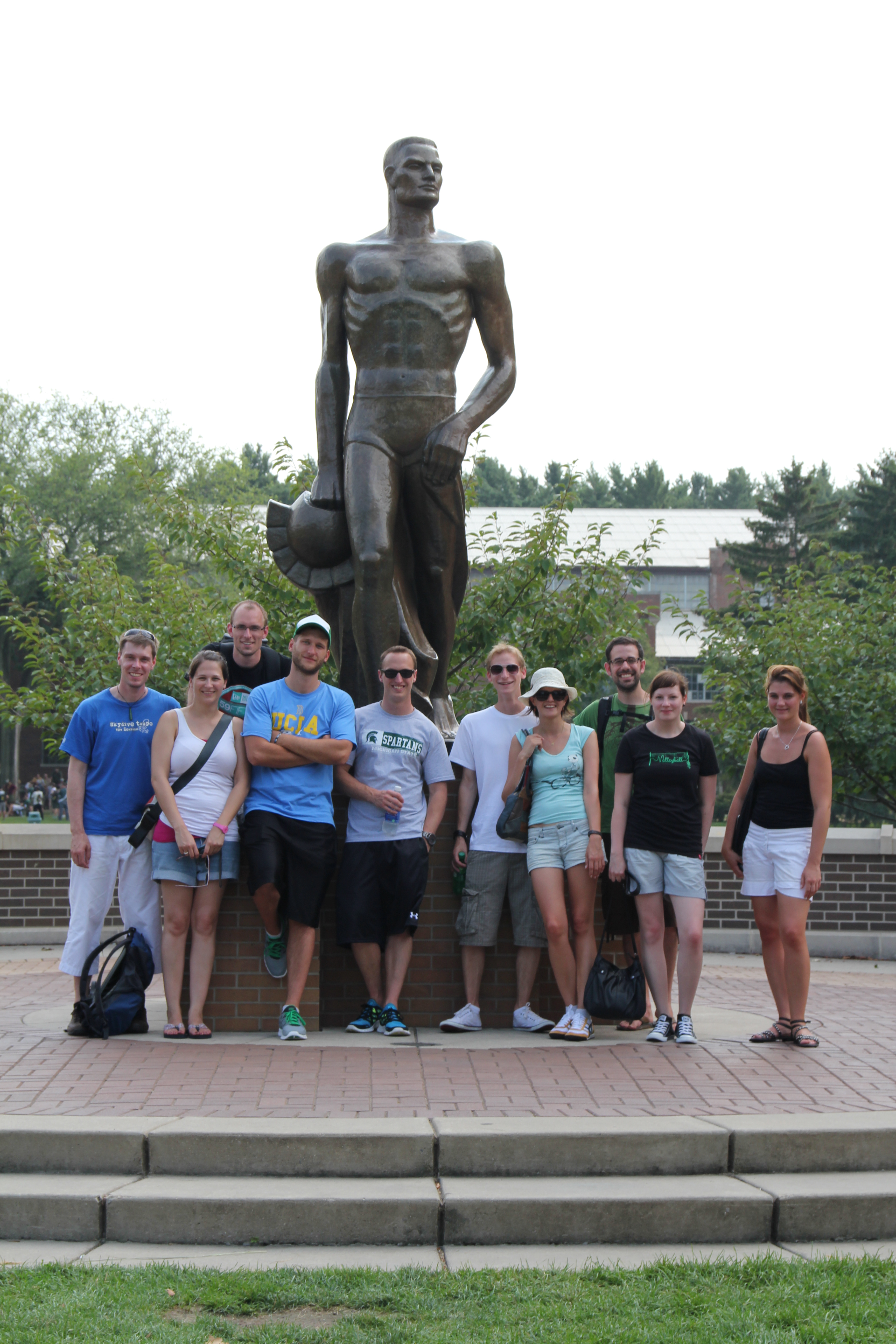 Us in front of "Sparty", Michigan State University 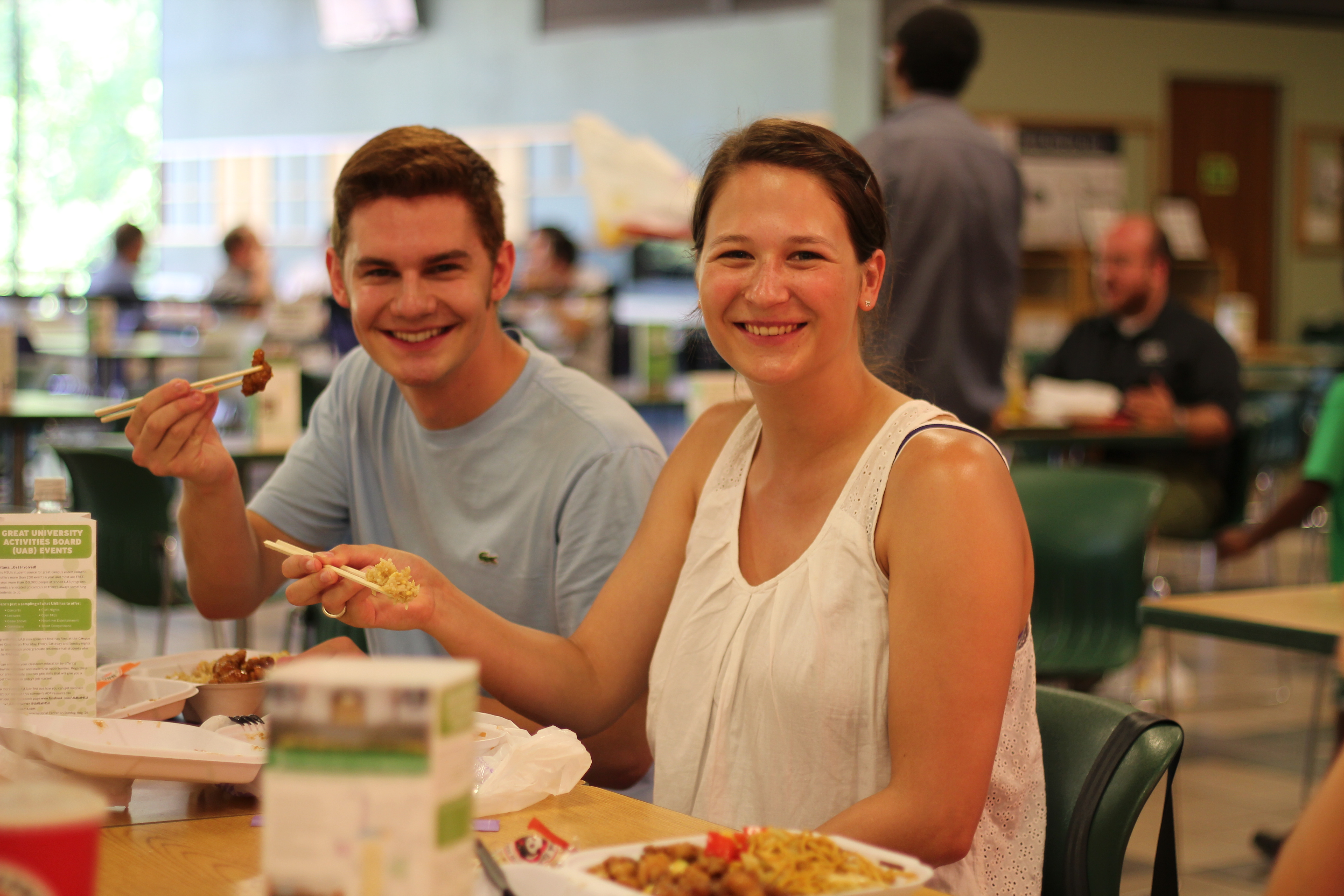 Our meeting with American students of German 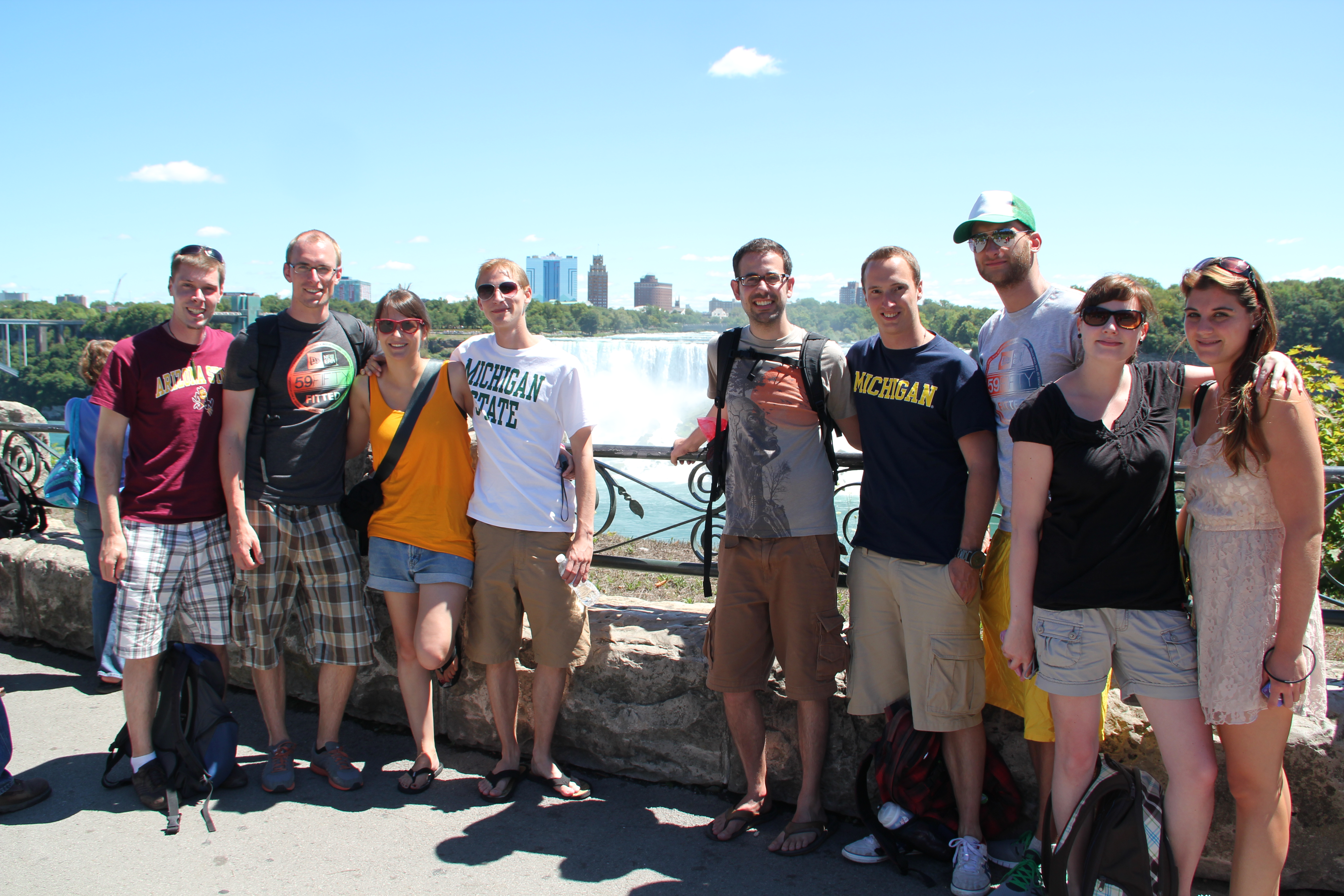 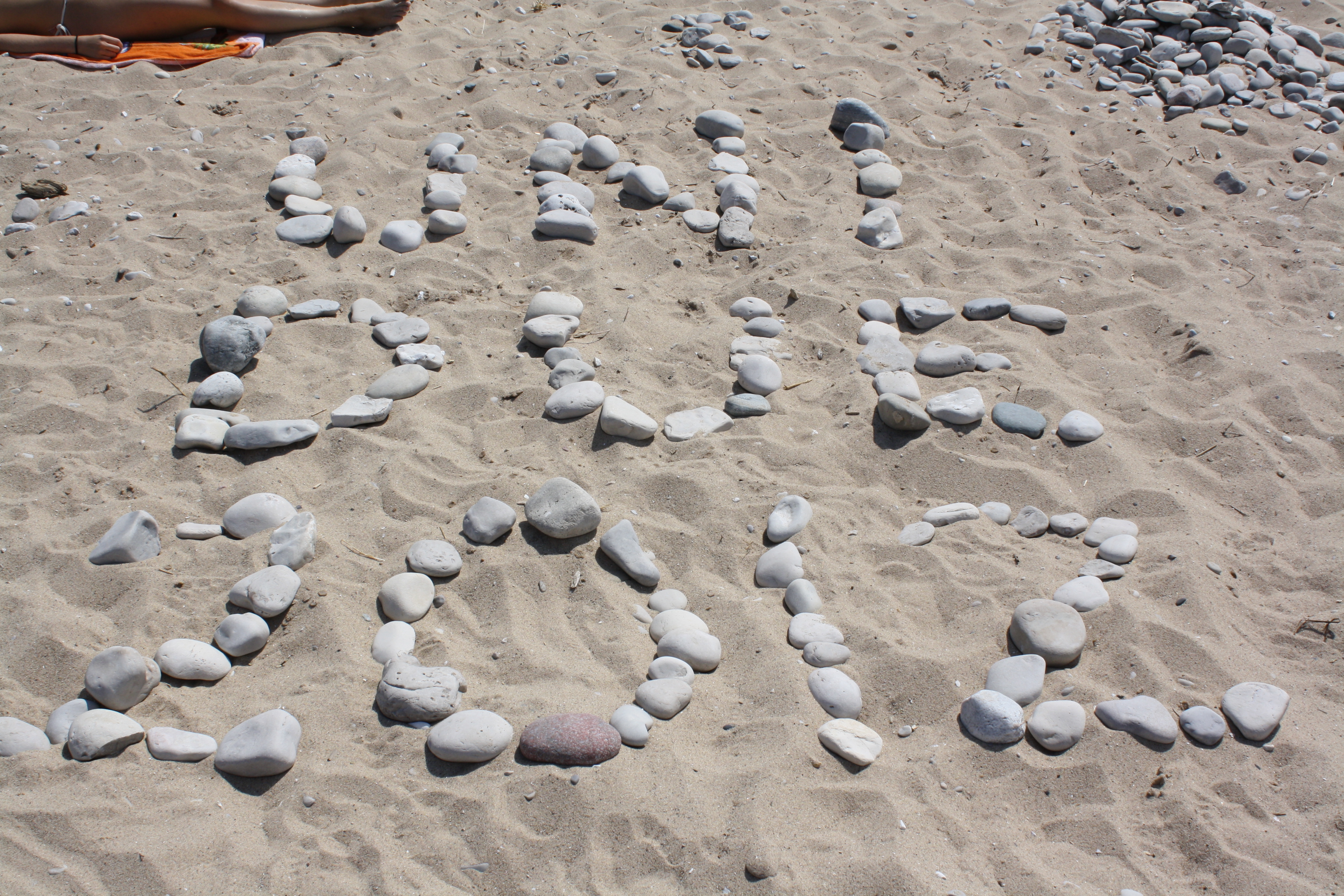