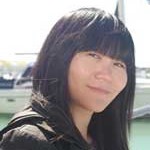 Jingrong Tong
Lecturer, Dept. of Media and Communication, University of Leicester
Media and discourses in China: the case of 'discourse of journalism'

There is a close relationship and mutual influence between discourse and power (Foucault 1989; Fairclough 1992). As a result, social actors and entities strive to impact and even control the formation of discourses. Despite the ideological and media control by the Chinese Communist Party (CCP), there have always been dissonant discourses coexisting in Chinese society. The prevalence of new media in China does not necessarily help forge discourses that are favourable to the less privileged. But meanwhile although the State has the upper hand, they still are unable to ultimately prevent disagreeing discourses from emerging. Prominent among these conflicting discourses are those of environment, politics and journalism. What underlie them are the struggles of power relations and the conflicts among social actors and entities such as the state, governments, officials, commercial corporations, Capitalists, activists, ordinary citizens and the media. The media not only contribute to generating and mediating these discourses but also themselves are the object that is defined by discourses. In this talk, I will particularly discuss how the discourse of journalism has changed in China since the turning of the new century and what competing discourses of journalism exist in Chinese society. Journalism produces discourses that define social reality and meanwhile other social actors and entities struggle to shape the discourse of journalism with the intention of controlling the discourses of social reality constructed in the media. This talk therefore focuses on examining the discourses of the media rather than the discourses in the media. It asks when journalism itself becomes the object that is defined by discourses, how do social actors especially the government, journalism and media organisations compete to construct a favourable discourse for them to consolidate their power? The discussion contributes to our understanding of the relationship between the media, discourses and power