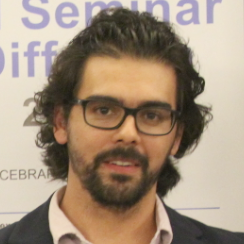 Importation of foreign models is part of Brazil’s institution building story, owing to Portuguese colonialism, the presence of European countries, and the dominance of the United States, until the past century. After the transition to democracy and the New Constitution of 1988, the scenario started to change. The country developed important social policy innovations that rose to a national scale when the Workers Party (PT) took office. These innovations started to spread globally, and international organizations such as the World Bank and the United Nations began to recommend Brazilian social policies to developing countries. Examples of the “Brazilian way of social policy-making“ that have been transferred to different countries are Participatory Budgeting (PB), the Family Allowance Program (PBF) and the National School Feeding Program (PNAE). How did Brazil move from importing foreign institutions to becoming Southern countries’ reference on social policies?
The main argument of this article is that Brazil, while building itself as a rising power over the last two decades, developed new patterns of policy transfers that have so far been overlooked by the literature. By analyzing the engagement of the country on international diffusion of social policies, it was possible to identify different mechanisms that facilitate transfers. These involve a quest for international legitimacy, the role of “policy ambassadors“, the joint efforts of different national institutions, the reversal of relations with international organizations, the occupation of international positions in institutions, an policy transfer costs.
This article presents the results of research developed with qualitative methods, that gathered data from fieldwork that included 150 interviews, participant observation in more than 10 countries, and a set of official documents.

Osmany Porto de Oliveira is Professor of International Relations at the Federal University of São Paulo.