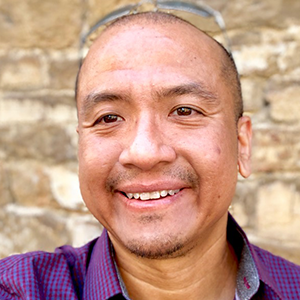 The IN-EAST School of Advanced Studies is pleased to announce that Kenneth Paul Tan, Associate Professor at the National University of Singapore’s (NUS), Lee Kuan Yew School of Public Policy, is currently visiting fellow at the IN-EAST School of Advanced Studies (Hiroshi Kitamura fellow). At a joint event together with Lijie Gao, Institute of Urban Environment of the Chinese Academy of Sciences, both are going to give a guest lecture to which we cordially invite you.

Abstract (Kenneth Tan)
It is useful to think of contemporary Singapore, for all its complexity, as having a dual nature: Singapore is simultaneously a small postcolonial multicultural nation-state and a cosmopolitan global city of the top rank. This duality has produced a dynamic variety of contradictions and tensions, which have made all the more challenging the task of keeping the authoritarian Singapore system stable, durable, and successful. For one thing, the state has had to exert continuous effort to contain, rather than resolve, these contradictions in a pragmatic (that is to say, adaptive and undogmatic) fashion, whilst directing the public narration of a coherent and persuasive story that is acceptably meaningful and even inspiring to Singaporeans and other countries looking for ideas, role models, and partners for development and governance. This balancing act partly involves an internal process of nation building, but it is also achieved through more commercially motivated and outward facing efforts at nation and city branding. Both sets of processes contribute to Singapore’s capacity to influence foreign affairs, if only for national self-preservation. For a small state with resource limitations, this will mainly be through the exercise of soft (persuasive and attractive) power, which – when strategically combined with hard (military and economic) power – gives Singapore what former Harvard Kennedy School dean Joseph Nye (2013) called ‘smart power’. In this lecture, I analyze the increasingly multivocal and contested nature of the Singapore narrative – undergirding its national identity, brand, and soft power – by adopting a critical-analytical approach, inspired by Antonio Gramsci, which is centred on the notion of ideological hegemony.

CV Kenneth Tan
Kenneth Paul Tan is an Associate Professor at the National University of Singapore’s (NUS) Lee Kuan Yew School of Public Policy, where he has taught since 2007 and served as its fourth Vice Dean for Academic Affairs from 2013 to 2017. He has published in leading international journals such as Asian Studies Review, Critical Asian Studies, International Political Science Review, and positions: asia critique. His books include Governing Global-City Singapore: Legacies And Futures After Lee Kuan Yew (Routledge, 2017), Cinema and Television in Singapore: Resistance in One Dimension (Brill, 2008), and Renaissance Singapore? Economy, Culture, and Politics (NUS Press, 2007). His forthcoming book is titled Singapore: Identity, Brand, Power (Cambridge University Press).

Abstract (Lijie Gao)
Despite the significant environmental problems resulting from China’s rapid economic development, the country is actively seeking solutions. Since the 1980s, the theory and practice of modern ecology in China have developed rapidly (Ma and Wang, 1984). A relatively complete set of theory, methodologies and plans for the construction of ecological cities guided by the socio-economic-natural complex ecosystem theory has been formed, providing theoretical and practical foundation for ecologically oriented sustainable construction beginning from 1990s. In practical phases, demonstration projects such as the Ecological Cities Construction Demonstration Zones accrediting different level of cities, towns, districts and development zones are effective incentives to facilitate sustainable development at local level, often all translated as eco-cities in China. At the other hand, international cooperation projects with government support, and paired with foreign involvement, with planners, architects after 2000s also flourished. With the new concept of Ecocivilization put forth, political and cultural dimensions of development are addressed. Some regions, such as Karamay, Guiyang, and the Minhang Development Zone, have been leaders in the implementation of the Ecological Civilization development model, and their experience offers valuable lessons for other regions in China as well as for other developing countries. During these theoretical evolution and trend of sustainable urban construction, a series of financial and political support policies supports from home and abroad has generated positive results nationwide, lessons are also learned through the process of these innovative ecological exploration. In this lecture, based on introducing sustainable urban construction trials, I will try to give a picture of their processes, challenges, institutional structures, development modes and approaches.

CV Lijie Gao
Dr. Lijie Gao from the Institute of Urban Environment of the Chinese Academy of Sciences who is currently on a DAAD PostDoc Fellowship at the Institute of City Planning and Urban Design at the University of Duisburg-Essen. Ms Lijie Gao has worked as a postdoctoral researcher with the focus on „Ecological-Sustainable Planning and Assessment” for several years with her main research interests in Sustainability; Low Carbon Development; IndustrialEcology; Urban Ecology. Her projects were awarded with several prestigious grants such as the National Natural Science Foundation China or the Foreign & Commonwealth Office’s Strategic Programme Fund (SPF). Her works has been publish in several peer-reviewed journals, monographs and edited volumes.