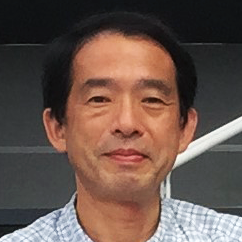 Professor Takashi Machimura will visit the IN-EAST School of Advanced Studies as Hiroshi Kitamura Fellow from October 29 until November 9, 2018

He will participate at the workshop Social processes and effects of innovations in Tokyo and beyond on November 8–9 as a presenter with his lecture Tokyo’s Flexible but Uncontrollable City Regions as Innovative Base: Its Past Development and Future Challenges.

Takashi Machimura is Professor of Sociology at Hitotsubashi University, Graduate School of Social Sciences in Tokyo. His current research themes include global city, urban social movement, mega-projects and mega-events, and development history in post-war Japan. His works appear in International Journal of Urban and Regional Research, and several books in English. His books include Anti-nuclear Social Movements after Fukushima Accident (co-editor with Keiichi Sato, 2016), Structure and Mentality in Developmentalism: Dam Construction in Post-war Japan (2011), and What is Civic-initiative Society? Conflicting Public Sphere in the Decision-Making Process of Aichi EXPO 2005 (co-editor, 2005), in Japanese.