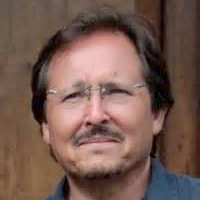 Abstract
Over the past half-century, the Liberal Democratic Party (LDP) and the Association of Shinto Shrines (Jinja Honcho) have been engaged in collaborative efforts to “recover” or “restore” what was destroyed by the process of imperialist secularization during the Allied Occupation of Japan. Since the disaster years (1995/2011), the religio-political coalition has grown to include the Japan Conference (Nippon Kaigi), established in 1997, which has mobilized a broader base of support from other organized religions, including established Buddhist institutions and various New Religions. Over the past two decades, LDP Diet members and prime ministers have increased their support for their shared political agenda, including legislation to restore patriotic education, promotion of Yasukuni Shrine, and constitutional revision. Both religious and secular groups have emerged in opposition to these neonationalistic initiatives in an attempt to preserve the postwar gains in democratic institutions and prevent the erosion of individual rights.

CV
Mark R. Mullins is Professor of Japanese Studies & Religious Studies, and Director of the Japan Studies Centre, University of Auckland. Prior to this appointment, he taught in Japan for twenty-seven years at Shikoku Gakuin University, Meiji Gakuin University, and Sophia University. He is the author and co-editor of a number of works including Religion and Society in Modern Japan (1993), Christianity Made in Japan: A Study of Indigenous Movements (1998), Religion and Social Crisis in Japan (2001), and Disasters and Social Crisis in Contemporary Japan (2016).

Please register with kerstin.lukner@area-ruhr.de by 6 December.