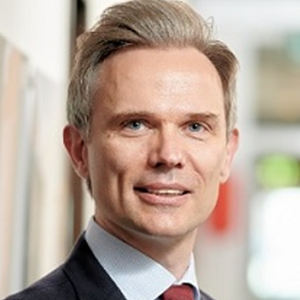 Prof. Hannes Mosler holds the Chair of Social Sciences of East Asia – Korea at the IN-EAST.

Abstract
Together with the case of divided Germany, the division of the Korean peninsula was a key manifestation of the Cold War that began at the close of World War II in the mid-1940s and officially ended after the Fall of the Berlin Wall, German reunification, and the demise of the Soviet Union. However, the Korean peninsula remains divided, and the Cold War continues through other means. Besides the decades-old standoff between the two Koreas, the continuing polarization within South Korea between the progressives and the conservatives represents this phenomenon of a Cold War that still simmers. Even the Kwangju Uprising (Democracy Movement) – one of the most crucial turning points in South Korea’s history of democracy – is still not fully accounted for its causes and consequences, and remains contested by conservative forces 40 years after the event occurred. While there is a rich body of research on the May 18 Kwangju Democracy Movement including the topic of memory politics, presidential commemorative speeches so far have been neglected despite the fact that they represent an important mode of political communication in modern societies regarding the production of authoritative remembrance narratives. Against this backdrop, this talk will first shortly reiterate the uprising's meaning for democracy in South Korea, then briefly introduce the hegemonic-discourse battle regarding its political remembrance, and finally present the analysis of memorial addresses by South Korean presidents between 1993 and 2019.

Please note that the lecture starts sharply at the time given, without academic quarter (s.t.)
Find the complete schedule of the IN-EAST Research Forum in summer term 2020 here:
https://www.uni-due.de/imperia/md/content/in-east/events/research_forum_ss_2020.pdf

Due to public health measures and travel restrictions during the Covid-19 crisis the IN-EAST Research Forum is planned as a webinar, held as a video conference, to which all members and students of the IN-EAST will be invited by E-mail including instructions for online access.
Students and colleagues of all faculties and partner institutions are welcome to (virtually) join the lectures and participate in the discussions, they are kindly asked to send an E-mail to events@in-east.de .