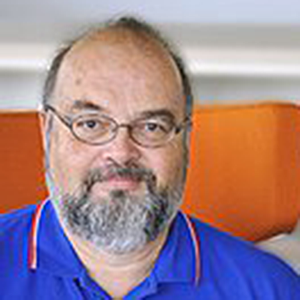 Dr. Henrik Sørensen is Research Coordinator at the BuddhistRoad Project at the Center for Religious Sstudies (CERES), Ruhr University Bochum.

Dr. Henrik H. Sørensen was trained in the University of Copenhagen in the Sinological and East Asian Arts departments (1978–1987), where he taught until 1994. He received his Ph.D. in 1988. From 1996 to 1998 he had a senior-research position at the National Museum (East Asian Department). He was a KHK Fellow in RUB 2011–2012, and has worked on the BuddhistRoad Project at CERES, RUB since 2017. His research interests are fairly broad and covers East Asian Buddhism broadly with focus on Esoteric Buddhism, Buddhist material culture and Buddhist arcana in general. His approach to Buddhist studies is polyvalent and he seeks to transcend traditional scholarly boundaries in order to arrive at new insights.

This lecture is meant to discuss the important Buddhist site of the Mogao Caves in Dunhuang located in the westernmost Gansu province of China as a ‘sacred space.’ This means understanding it as a consciously organised locus which continued to function as a major site for intercultural Buddhist practice for more than a millennium covering a timespan from the late 4th to the 14th century. The presentation will focus on what constitutes a ‘sacred space’ by identifying those structural, building blocks required for such a place to come together, for its operation, maintenance and other fundamental requirements.

Please register with kerstin.lukner@area-ruhr.de
to receive the respective Zoom link and password for the meeting.