Competence and Research Focus No. 1 Phase Transition of Fluids in Flows

The injection of water into air (or liquids into gases in general) can be used to reduce the absorbed power of a compression process. The enthalpy raised for evaporation ideally ensures isothermal compression and reduces the power demand which in turn can be used in gas turbines to increase their performances. During the injection, the prediction of droplet sizes, their distribution and their velocities is crucial for the resulting evaporation. This knowledge serves as a basis for the design of turbomachines.

The reverse phase change of the condensation and the resulting drop formation occurs in steam turbines and expanders. Emerging drops may cause damage when they impinge the rotating components of the machine. This occurs in the low-pressure stages of steam turbines but also in radial expanders, which are designed to use decay heat. The prediction of primary and secondary drop formation can be used for the design process in order to reduce impingement damage and aerodynamic losses. Besides the damage to the components done by the impingement of the droplets, they do as well wet the surfaces of components in areas with low flow rates. This leads to different local heat transmissions and heat exchanges between fluid and component surfaces, which in turn results in temperature gradients in the components and results in increased mechanical stress on the material. These stresses limit the maximum possible load gradients of power plants. The prediction of condensation, including secondary droplet formation, droplet growth, deposition and knowledge about the heat transfer, allows to influence the load gradients and thus the flexibility of power plants.

The phase change of a fluid can be used to make turbomachines more flexible. Consequently, it provides a positive contribution to the energy transition.

Competence and Research Focus No. 2 Turbomachines for Alternative Fluids and Circuits

For decades, air, water, but also chlorofluorocarbons (CFCs banned in the meantime) and then fluorocarbons (HFCs), such as R134a (tetraflurethane - CF3CH2F), have been used for cycles in energy conversion. One of the most promising alternatives is carbon dioxide, which has a greenhouse potential only in large quantities, but is otherwise an incombustible, acidic and colourless gas. It is not toxic in itself and only dangerous to humans in elevated concentrations (1-3 vol. % CO2).

Carbon dioxide reaches the critical point at 304.13 K (30.980 °C) and 7.375 MPa (73.75 bar) and the supercritical state, also known as the 4th state of aggregation, above the critical point at higher pressure and temperature. This state is characterised by the relatively high density similar to a liquid and the relatively low viscosity similar to a gas and thus combines two positive properties for energy conversion. The relatively high density contributes to a high energy density and the low viscosity to the reduction of friction losses.

When looking at the fluid properties in detail, it is noticeable that e.g. the real gas factor or the specific heat capacity etc., vary substantially near the critical point. Since the fluid properties have been thoroughly researched and all data are available, the focus of the research is on the application in circuits and their apparatus. The aim is to use the properties sketched above for energy conversion, to design circuits reliably and in particular turbomachinery for a wide range of applications.

Carbon dioxide has the potential to have a higher thermal efficiency than water at high circuit temperatures (T> 600 °C). On the other hand, there are technological challenges, which are addressed in different projects at the chair. In these EU-funded collaborative projects, the chair has developed and is currently operating a compressor-turbine unit in a small scale demonstrator in order to validate the technology in the lab. Furthermore, turbomachinery design tools are enhanced for the specific properties of sCO2 and validated with the results gained in the demonstrator. These tools are disseminated towards the scientific community and exploited by industrial partners to increase the technical readiness level further and bring the technology to the market.

Competence and Research Focus No. 3 Fluid Dynamics and Structural Dynamics of Machine Components

The interaction between the structure and the surrounding fluid can have a significant and lasting effect on the design of components, their functionality and their service life. The realistic modelling of fluid-structure interactions allows for a precise design and a reliable operation under dynamically changing conditions, being of particular use in the context of the energy revolution.

In order to control mass flows and volume flows, valves ensure high dissipation at high throttling. This leads to high velocity at the Vena Contracta between the valve’s exact position and its casing. The jet either attaches itself to the wall as a stable jet (Coanda effect) or is completely detached. Time-dependent flow conditions may occur between these two extremes, with high fluctuations in velocity and pressure. In interaction with the structure, a coupled observation including acoustic phenomena is required to predict the vibration behaviour of the system and, ultimately, of the valve itself.

Acoustic phenomena must also be considered in rotor-stator cavities in radial compressors. The coupling of the vibration behaviour of the structure and the fluid is an observation that can be made. It leads to a shift of the natural frequencies as well as to changes in the system’s damping. Due to the coupling, structural and acoustic modes become indistinguishable. The severity of the effect depends on the operating conditions (pressure, temperature, speed) as well as the geometry of the compressor (number of rotor blades compared to the number of guide blades, geometry of the cavity, etc.). The modelling of this system is significant for the design and operation of the centrifugal compressor.

Dry gas seals minimize leakage, especially at high pressures in compressors. The proper functioning of the seal is essential for the availability of the compressor. The fluid flows through the seal, and the rotor's internal fittings, e.g. its pockets, distribute the pressure within the gap, resulting in a balance with a gap of 1-2 micrometres. The internals provide a stimulating impulse to the system. However, this may cause the entire system to become unstable, increasing the risk of contact between the sealing elements. Contacting sealing elements, however, would cause the compressor to fail. Thus, the design of the sealing systems, including the prediction of its lifetime during operation, requires modelling which is capable of taking into account the current operating parameters.

Competence and Research Focus No. 4 Optimization of Flow Paths

The flow in the flow path of a turbomachine is characterised by pronounced vortex structures and gradients of static pressure and velocity. At a high Reynolds number, it is usually turbulent and the small vortex structures must be modelled in order to calculate the flow. Only then, optimisation of the flow path can be carried out. This is a constant challenge that leads to an improvement of the energy conversion in turbomachinery.

Research Foci of the Faculty of Engineering

The faculty of engineering at the UDE pools its research activities into four developed interdisciplinary focal points:

The Chair’s research projects are assigned to “Tailored Materials” and “Energy and Resource Engineering”. Please klick on the links above for further information on the Chair’s relevant research activities within the faculty. 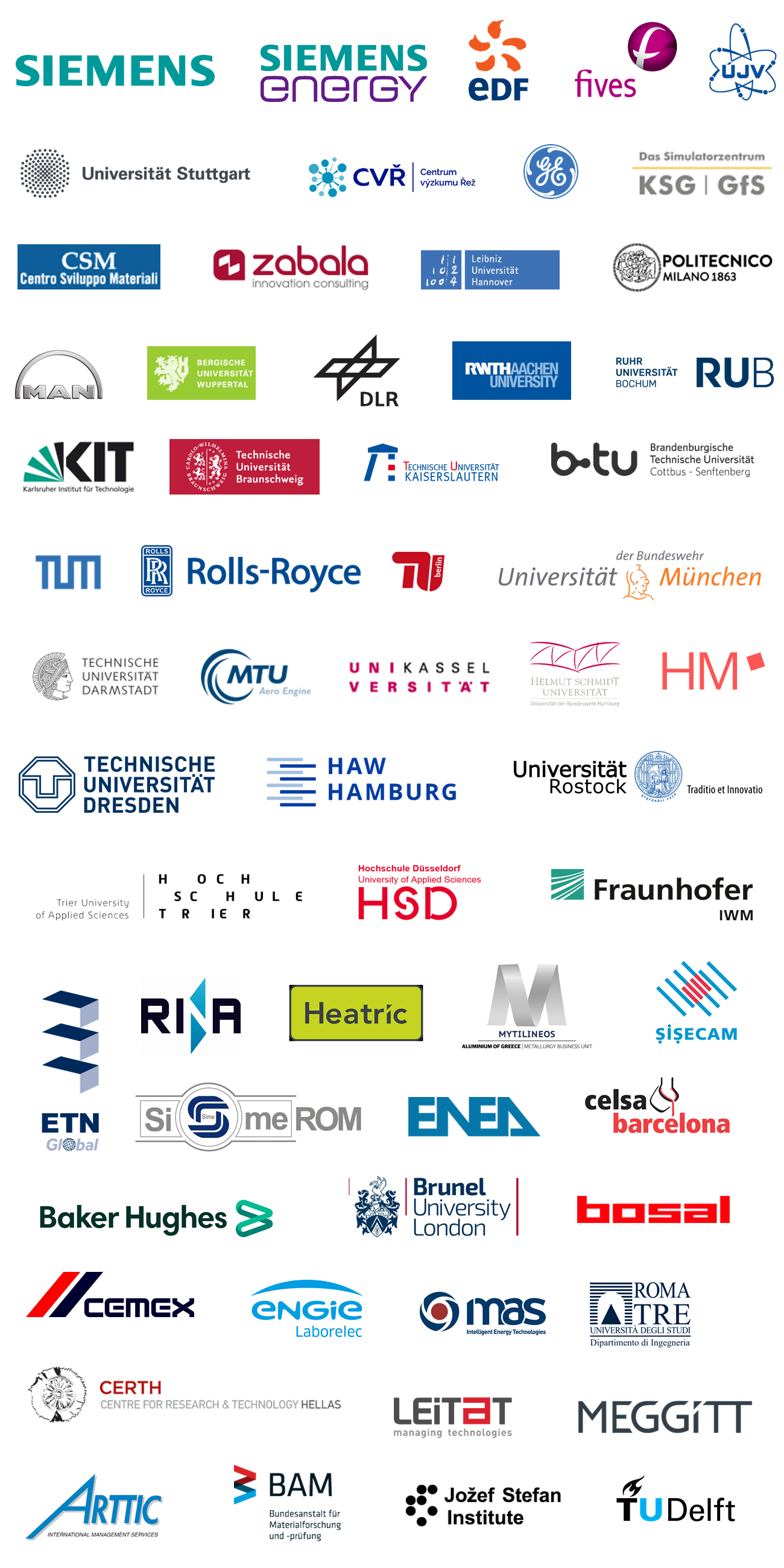 The 5th European Conference on Supercritical CO2 (sCO2) Power Systems will be held on March 14-16, 2023, in Prague, Czech Republic.