... together with Martin Rathmann from the Cluster of Excellence Asia and Europe in a Global Context, University of Heidelberg. Co-chaired by the MIT – Massachusetts Institute of Technology (Professor Yajun Fang), the University of Nagoya (Professor Yoshiki Ninomiya), and the Beihang University (Professor Zhang Xiong), the conference talks tried to exemplify the concept of Universal Village as a desired future society that pursues human-nature harmony through the wise application of technologies.
The praised paper and presentation titled Ready for the Robot Revolution – Japan's Attempts to Solve Societal Issues by the Implementation of Advanced Robotics drew attention to the difficulties Japanese actors of the robotics industry and the government encounter while trying to solve challenges caused by the demographic aging of the population by the implementation of robots in various sectors of the society. In addition to the award, Benjamin Rabe and Martin Rathmann's paper will be published in the Journal Frontiers of Computer Science. 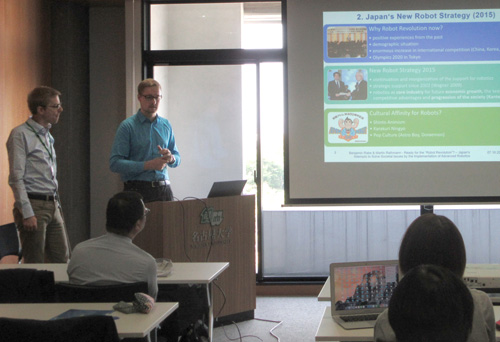 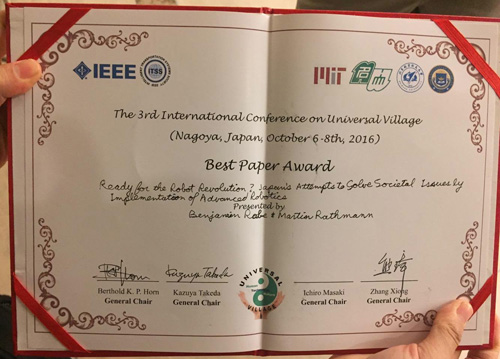