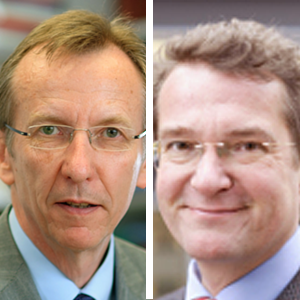 Professors Sebastian Bersick (Bochum) and Werner Pascha (Duisburg) have recently edited a special issue of the East Asian Community Review, a journal of Palgrave Macmillan with Professor Key-young Son of Korea University, Seoul, as editor-in-chief, on East Asia and the EU – Partners in Global Economic Governance. The publication is an outcome of the research efforts of the Alliance for Research on East Asia Ruhr (AREA Ruhr), a cooperative scheme between the Faculty of East Asian Studies of Ruhr University of Bochum and of the Institute of East Asian Studies (IN-EAST) of Duisburg-Essen University. 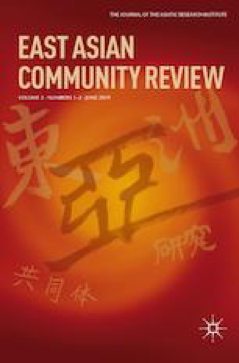 The special issue, published in June 2019 (https://link.springer.com/journal/42215/2/1), focuses on the topic of global governance and the role that European and East Asian actors and institutions play within it. All contributions explore how and why actors and institutions in Europe and East Asia are engaging in multilateral cooperation and the role of the domestic, regional and global levels in shaping their respective policies, behaviour and relations amongst both regions and on the global stage.

Papers were firstly presented during a workshop at Ruhr University Bochum on the eve of the Hamburg G20 summit in 2017. The event was supported by the European Union’s Jean Monnet programme and by its Jean Monnet Chair on The International Political Economy of EU-Asia Relations, located at the Faculty of East Asian Studies, Department of International Political Economy of East Asia, RUB. It was organized in cooperation with the School of International Relations and Public Affairs (SIRPA), Fudan University in Shanghai, and formed part of the AREA Ruhr collaboration.

The special issue encompasses four papers. Questioning the efficiency of intensive globalization, Werner Pascha (IN-EAST Duisburg) introduces the idea of a “regional policy space” in his conceptual paper on The Globalization Trilemma and Regional Policy Space: Opportunities and Challenges for the EU and East Asia. Bernadette Andreosso O’Callaghan (RU Bochum) deals with The G20 Growth Challenge in the Framework of EU East-Asia Economic Relations, approaching the topic from a macro-economic level of analysis. Nele Noesselt’s (IN-EAST Duisburg) article on Sino-EU Cooperation 2.0: Toward a Global “Green Strategy?” discusses China’s strategy vis-à-vis Europe as well as the recent changes in the EU’s China policy. Wang Xiaorui’s (Huaqiao University in Quanzhou) article China’s Approach to Environmental Governance and the Role of the EU in Market-Induced Reforms deals with how China’s domestic environmental governance policies and mechanisms are co-shaped by market-induced forces. All papers ultimately aim at contributing to the literature and policy discourse on the role of East Asia and the EU with regard to the future of politics and global governance, the reform of global economic governance and regional contributions in defence of multilateralism.