The EU-Japan Economic Partnership Agreement (EPA) entered into force on 1 February 2019. After some time has lapsed, the conference will shed light on the first experiences and on outlining future-oriented perspectives for deepening the bilateral economic cooperation between Japan and the EU further. One issue for the discussion will be what impact the current COVID-19 pandemic may have.

The conference is organized by the Institute of East Asian Studies IN-EAST at the University of Duisburg-Essen with support from the Consulate General of Japan in Düsseldorf and other partners. It is split between a more academically focused workshop and a symposium for a wider audience both in November 2020 after the conference had to be postponed due to the Corona pandemic several times. A transfer concept including a sophisticated website was developed to increase impact and allowing a much greater public to follow the events synchronously or asynchronously.

In addition to more traditional means such as video recording of presentations and discussions, the more innovative format of graphic recording was explored. 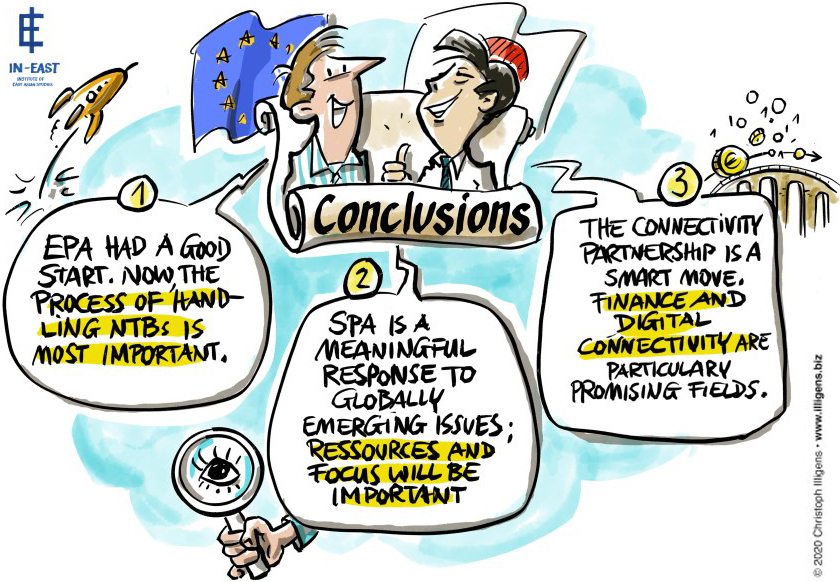