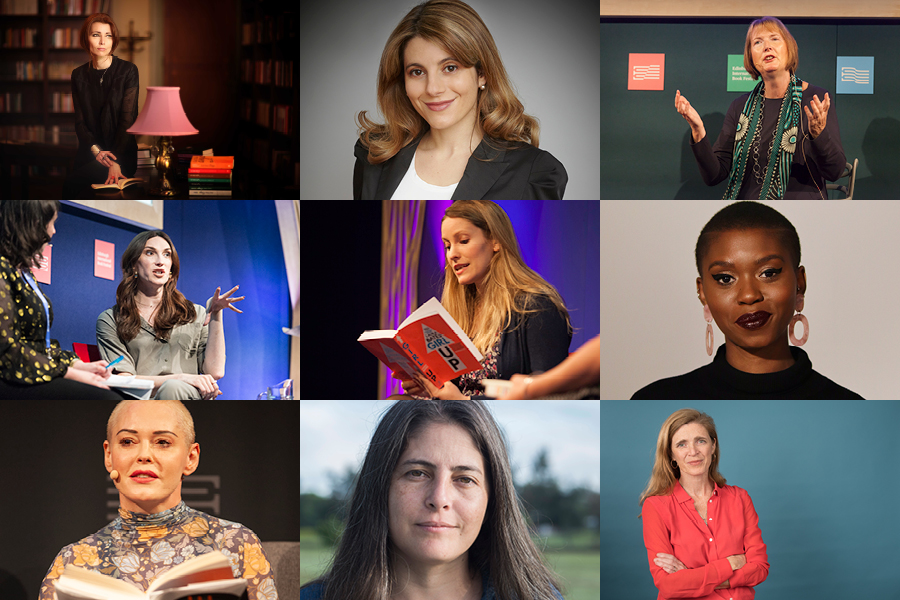 To continue the celebration of International Women's Day, which took place yesterday, we wanted to share a selection of inspiring Book Festival events from those influential voices fighting on the frontline of feminism: voices who #ChooseToChallenge. Whether through reshaping political agendas; campaigning to rewrite bias in our laws; remembering and celebrating the women forgotten by the history books; challenging gender bias and discrimination in all its forms; campaigning against sexual harrassment and sexism; or shining a light on gender atrocities throughout the world - these events reveal the remarkable courage and commitment undertaken by individuals in an effort to forge an inclusive world.

Laura Bates: Founder of the influential online project Everyday Sexism, Laura Bates is well known for her refusal to accept the female stereotypes peddled by a normative mainstream media. Incorporating Bates' views on subjects including sex, body image, pornography and social media, her book Girl Up is a powerful contribution to 21st century feminism. In this extraordinary 2016 event - a year before the explosion of the #MeToo movement - Bates lifts the lid on everyday sexism and harrassment suffered by women. Do you think things have changed?

Women in Politics: A Year of Reckoning: On the 18 August 2020 - the 100th anniversary of the ratification of the 19th Amendment, which prohibed states or federal government denying US citizens the right to vote on the basis of sex – leading voices in politics and human rights joined Francesca Donner, gender director at the New York Times, to explore the evolving role of women shaping the political agenda and its impact on women's rights around the world. The panel includes former United States Ambassador to the United Nations – now head of the US Agency for International Development (USAid) – Samantha Power, acclaimed Turkish author Elif Shafak, and Jennifer Harlan, co-author of the book Finish the Fight!: The Brave and Revolutionary Women Who Fought for the Right to Vote.

Hallie Rubenhold: The Problem with Great Men: Rubenhold's rousing essay, The Problem with Great Men, commissioned by the Book Festival, was the follow up to her landmark publication, The Five, which reimagined the stories of each of the women murdered by Jack the Ripper. As people begin to call into question the histories handed down to us by our ancestors – with statues of so-called 'great men' being torn down – Rubenhold speaks to Sheena McDonald about the importance of celebrating the lives of those women, and others marginalised in society, who have routinely been airbrushed out of history.

Selva Almada: Giving Voice to the Victims of Femicide: Almada's searing and devastating Dead Girls, reimagines the lives of three real-life small-town teenagers who were murdered in the 1980s. Their murderers were never brought to justice and the killings were routinely dismissed by locals due to the girls' impoverished, working-class backgrounds. Since then, countless femicides – as well as an increase in violence towards LGBTQIA+ people – have come to light, not only in Latin America but across the world. Almada's unforgettable, necessary book is also a plangent call to action, which she discusses with bestselling Argentinian writer and journalist Mariana Enriquez.

Juno Dawson and CJ Lester: What makes a woman a woman? Is it her biology? Is it a rite of passage? Is it society? As she transitions from male to female, Juno Dawson's The Gender Games explores feminism and femininity in culture, science and society. Co-founder of the first national group for young LGBTQIA+ people in the UK, academic and activist C N Lester's Trans Like Me analyses the most pressing questions of the transgender debate. In this 2017 event, the pair discuss these issues and more.

Rose McGowan: In 2018 the film industry, for so long a haven of misogyny and sexism, found itself at the heart of a worldwide 'cataclysmic global reckoning', in which women everywhere began to stand up defiantly against predatory male behaviour. In Brave, the American actress Rose McGowan recounts her fight against the Hollywood machine. In this 2018 event, she talks to Afua Hirsch about her campaign to help all women reclaim their lives.

Harriet Harman: When Harriet Harman was elected in 1982, she notes in her memoir A Woman's Work, the House of Commons was 97% male. Since then, she has led the way on all-women shortlists, introduced laws on equality and domestic violence and has twice become Labour's Acting Leader. In this event, recorded live at the 2017 Book Festival, we meet a feminist politician who has made a real difference.

Malala Yousafzai: Malala is an outspoken and strident supporter of education for girls and women. From the age of 11 she began campaigning against the Taliban's ban on girls attending school in the Swat Valley. Despite an horrific assassination attempt on her life at just 15, Malala continued her vocal activism, establishing the Malala Fund, which works to empower girls throughout the world through education. At 17 she became the youngest person to win a Nobel Peace Prize. She came to the Book Festival in 2014 to speak to a packed audience of teenagers about her extraordinary life.

Gina Martin: The vile practice of upskirting wasn't an offence in Britain until activist Gina Martin came along. With no legal or political background, Martin changed the law within 18 months. Now, she wants to help others do the same. Be the Change is a campaigning handbook written to advise and empower. Listen to an inspiring force of nature in this 2019 conversation with Heather Parry and learn how to follow in her footsteps. 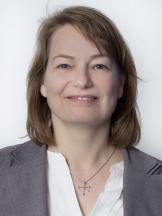