What is Geotechnical Engineering? Find the Answer! 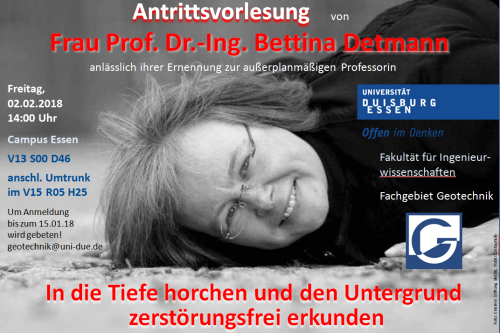 Hysteresis in fluid flow interacting with a deformable porous medium

Zusammenfassung:
In a deformable porous solid filled with two immiscible fluids (water and air, say), two sources of hysteresis are observed: the solid itself is subject to irreversible plastic deformations, and the fluid flow exhibits capillary hysteresis which can be explained by the surface tension on the interfaces between the two fluids. We propose a model for all these phenomena in the form of a PDE system with hysteresis operators. It is derived from general thermodynamic principles under the hypothesis that the fluid diffusion is slow and the deformations are small. The unknowns of the problem are the capillary pressure, the displacement in the solid, and the absolute temperature. Since the relation describing the pressure-saturation hysteresis which appears under the time derivative in the diffusion equation is degenerate, further technical assumptions have to be made in order to guarantee the well-posedness of the system. For example, existence of solutions for the whole system coupled with natural boundary and initial conditions is proved only if the heat conductivity grows with temperature at a superlinear rate. Partial results have been obtained for the model extended by the possibility of phase transitions (freezing and melting) of the liquid with different specific
volumes of the liquid and solid phases.
This a joint work with Bettina Detmann and Elisabetta Rocca.