Megadams: On the material politics of a developmental panacea

Dams are still often seen as a source of 'clean energy', even though they have disastrous environmental and social consequences. Even the promise of climate-friendly energy production is not fulfilled, because in fact dams are a major source of greenhouse gas emissions - 'clean energy' turns out to be a driver of both climate change and social conflict. Nevertheless, mega-dams in particular have continued to advance globally in recent years. An interdisciplinary special issue of the journal Sustainable Development, now fully open access, is dedicated to dams as a social phenomenon. The special issue is the fruitful result of a collaboration between researchers from the Centre for Global Cooperation Research, the Institute for Development and Peace (both University of Duisburg-Essen) and the Division of History, Heritage and Politics at the University of Stirling. It vividly shows the profound social hopes and conflicts associated with large dams. 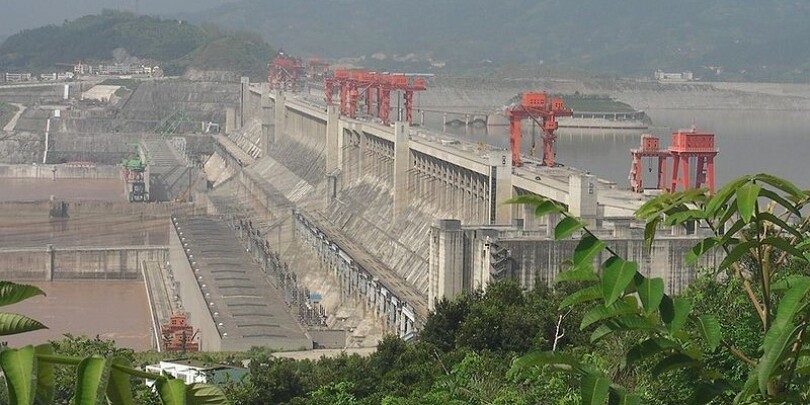 Both industrialised and emerging countries are building mega-dams to use natural water resources and generate energy. But large hydropower plants are experiencing a renaissance, especially in low- and middle-income countries with a strong increase in energy demand. For their proponents, dams are presented as a kind of panacea that promises to combine the three pillars of sustainable development: economic growth, social well-being and environmental sustainability. Dams therefore also often attract private and public investment. At the same time, however, they are usually associated with massive protests and political disputes. For planned mega-projects, public national and multinational funding agencies such as the World Bank have repeatedly refused or withdrawn their support because they would entail all too serious negative environmental and social impacts, including the destruction of unique natural habitats, the extinction of endemic species, the reduction of biodiversity and widespread violations of human rights. Resettlement and development plans involving the redistribution of land, forest or water resources are often used by governments as nation-building strategies, which repeatedly makes it impossible for indigenous peoples in particular to maintain their livelihoods. The social and environmental standards followed by many investors in dam construction are usually weak and too vague to actually prevent negative consequences for people and ecosystems, as different case studies in the special issue show. Even basic individual protection rights often fail due to the ideologically charged politics of dam building. This also applies to the approach of corporate due diligence for human rights, which has moved strongly into the public consciousness in recent debates on mandatory due diligence laws, but so far offers no guarantee of effective human rights protection in the practice of dam investments.

In the era of the Anthropocene with its formative influences of humans on the planet, both calls for radical climate policies and a fundamentally sceptical attitude towards the supposedly naïve belief in developmental progress through "green economy" are gaining ground. Dams are the material expression of this increasingly conflicting relationship between human societies, ecosystems and clashing normative ideas of sustainable development and capitalist economic growth, as the editorial to the special issue points out.

The contributions in the special issue also provide historical insights: Dams are not a new phenomenon. Their history over the last century shows that they were often built in moments of crisis and renewal, especially when governments and international institutions wanted to demonstrate that they were "taking charge of the future" and driving progress. It is interesting to note that all types of regimes and political parties have promoted large dam projects: communist and capitalist, etatist and neoliberal, authoritarian and democratic. What they have in common is a belief in human creativity and agency, in what Hannah Arendt called the capacities of homo faber. Typically, the belief in technical creativity goes hand in hand with the conviction that we as humans can shape not only the natural environment but also social and political relations: Dam building as geological and social engineering.

When we reflect on the relationship between these two dimensions, we are reminded of Arendt's conviction that the realm of human political interaction is fundamentally different from that of technical production. Today, approaches to social sciences such as New Materialism and object-centred conceptions of the political problematise this relationship in novel ways: Not only are technical objects always already determined by social discourses and normativities, but the materiality of dams and the social production of knowledge about their effects and consequences also lead to specific forms of contestation and resistance. Therefore, the mega-dam also represents a manifestation of fundamental social questions and political conflicts over power and authority: Who shapes whose future in whose name? Who profits? Who has a say? Who is silenced? What kind of distribution of power is reflected in the constellations in which dams are built, in the calculation of their costs and the evaluation of their consequences?

The complexity of the problems associated with the planning, construction, operation and contestation of dams, as well as with their research and understanding, can hardly be fully grasped by disciplinarily separated sciences. The special issue therefore includes approaches from history, political science and economics as well as environmental and natural sciences. Such an amalgamation of different disciplinary insights can hopefully promote an interdisciplinary dialogue and new, transdisciplinary research results.

Christine Unrau is Research Group Leader at the Centre for Global Cooperation Research at the University of Duisburg-Essen. Her research interests include political theory and the history of ideas, globalization and the global justice movement, and the relationship between politics and religion.