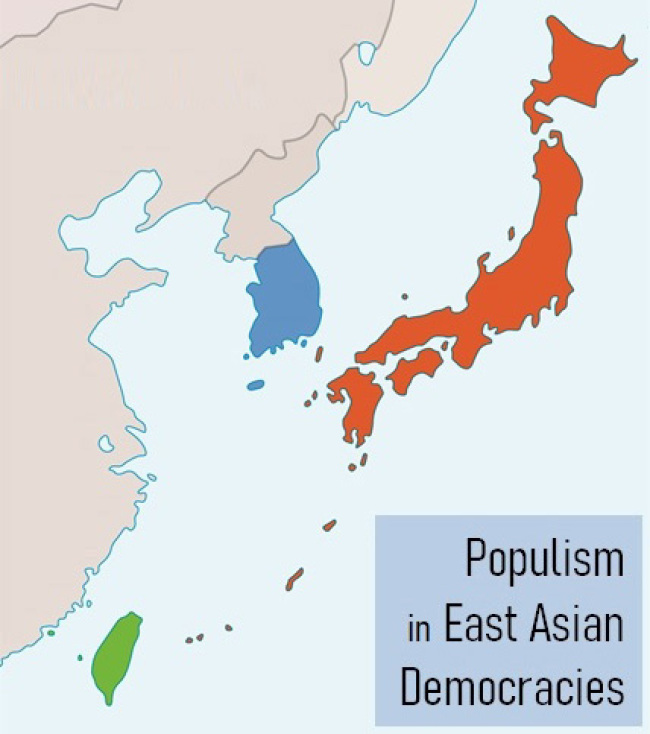 Anyone interested in populism in East Asia will quickly realize that the academic discourse on the topic is as enlightening as it is confusing. The relatively few scholars who are active in this field have produced a conceptually and empirically diverse body of literature. In some of it the sheer existence of populism is contested as are its key components and consequently its definition. The phenomena labelled as Japanese, South Korean or Taiwanese manifestations of populism include a very diverse group of political actors influenced by the respective political culture and issue salience. One finding most scholars agree upon, however, is that the case of East Asian democracies is almost non-existent in comparative efforts of the international political science community. This joint project sets out to take a comparative and close look at “Populism in East Asian Democracies” (PinEAD) to understand the form populism takes in these countries.

The conference is entitled Populism, Protest, and New Forms of Political Organization: Ten Years after the Movements of the Squares and is scheduled as on-site event at the Berlin Free University in September 2021.

Funded by a Fellowship of the Japan Society for the Promotion of Science, Axel Klein will do field research in Japan in February and March 2022. Next to workshops and lectures, the fellowship will also be useful to strengthen the network with Japanese political scientists working on populism.