Private military companies and African security governance: Can the revival of a well-known actor change security arrangements in Africa?

A few years ago, it seemed that a new Russian interventionism would replace the Western one. After their engagement in Syria, which bolstered Assad’s rule and the successful annexation of the Crimea, Russia seemed to be capable and willing to stretch their sphere of influence through military interventions. Key to these endeavors were private military companies (PMC) like the Slavonic Corps or the Wagner Group. As Martin shows, these PMCs thereby not only served the purposes of camouflaging a direct Russian involvement and downplaying the cost of war, but also to disguise the private use of force abroad by economic elites well connected to Putin. Now, a well-known PMC reentered the stage that could challenge not only Russian but also Western rivals and could induce an Africanization of Security Governance in Africa. On 7 December 2020 Eeben Barlow – a former South African commandant and military contractor – announced the reactivation of Executive Outcomes  (EO). To assess the transformative potential of this reactivation for African security governance, it is helpful to consider the past engagement of other PMCs on the African continent, especially the failure of the Wagner Group.

According to reports from the Institute for National Strategic Studies Wagner had been able to secure contracts not only in Sudan, the Central African Republic and Madagascar but also in Libya and Mozambique. This is in line with a Russian plan to cooperate more closely with African militaries and to establish six military bases on the continent. However, Wagner’s latest missions in Libya and Mozambique failed miserably and might lead to a shift in African security governance.

In late 2018 reports about a Wagner engagement on the side of Field Marshal Haftar and the Libyan National Army in Libya began to amass. With backing from Wagner the LNA was able to gain some ground. This, however, triggered a massive support campaign of Turkey for the UN-recognized Government of National Accord. Soon rifts occurred between Wagner and Hafta with the latter accusing Wagner of pouring in rookie fighters from Syria. Facing a large-scale offensive, Wagner eventually had to evacuate its troops from Libya at the end of May 2020. 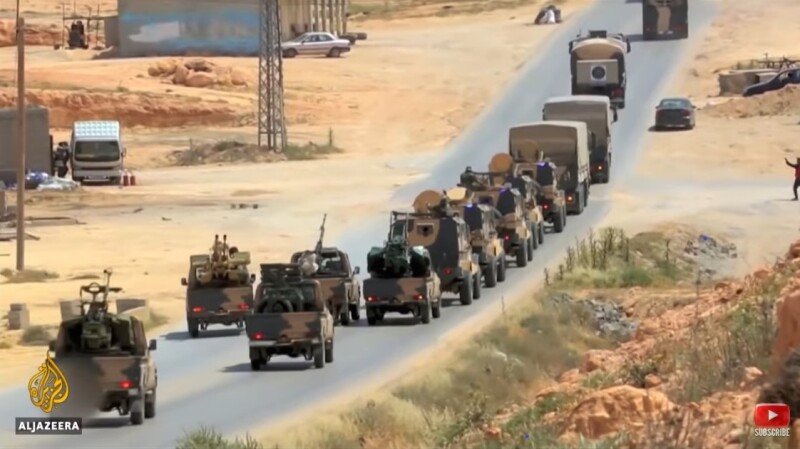 GNA troops on the offensive against the LNA. Source: Al Jazeera

In 2019, Wagner – probably with the backing of the Kremlin and capitalizing on the legacy of Soviet-African relations – beat off several local competitors and won a contract to support the national army to quell the rebellion in the Mozambique’s resource-rich Cabo Delgado region. In October 2019, the London Times covered the arrival of some 200 Wagner troops and three attack helicopters in Maputo.

​
However, Wagner troops proved ill-prepared for the bush-war and were forced to regroup after several ambushes. This next defeat can be read as a blow for the Russian plans to secure a foothold in Mozambique and to establish a military base in the country. It further might contribute to the Africanization of African Security, especially since Chinese PMCs are not able yet to fill the gap.

The Africanization of African Security?

With his recent announcement of EO’s reactivation, Eeben Barlow has brought back the notorious first modern PMC, which became a role model for companies like Blackwater and Wagner. EO gained their reputation of being an effective tool to end civil wars in Angola and Sierra Leone before being shut down in 1999. On their new website EO describes itself as “an apolitical South African-based and African-staffed company” that provides “African solutions to African problems.” Barlow thereby takes up the narrative of the Africanization of African Security which he had already used at the end of the cold war to market EO. In several of his publications Barlow claims that African armies became victims of their own making, since they inherited inadequate structures and doctrines from their colonial powers which hampers their inability to actually win wars. According to Barlow this impotence of security forces coupled with nefarious foreign interests and the UN’s unwillingness to engage in actual violent conflicts is the main reason for Africa’s violent past and present.

Is Wagner’s failure and EO’s timely reactivation a sign for African emancipation in security matters and an end of eastern and western interventionism? According to Barlow, the decision to reactivate EO was influenced by the fact that many officials from various African governments were seeking advice and admitted that shutting down EO was a mistake. In this line of reading, the reactivation of EO thus can be interpreted as an indicator for a certain frustration of African military and political elites with foreign influence and interventions. Otherwise, the well-connected Eeben Barlow would not have sensed a business opportunity at the first place.

There are indeed some arguments that support the engagement of PMCs like EO. First, research indeed has shown that African governments relying on their own military tend to win civil wars less frequent than governments in other regions. This indicates that state armies have serious shortcomings regarding the establishment of an effective monopoly of violence. This inability to win civil wars, as argued by Licklider,  can have serious effects since a one-sided government-victory destroys the opponent’s organization and capacity to wage war and provides the most promising conditions for lasting peace. The example of Wagner further shows that knowledge of the area of operations is crucial for successful military operations. Thus, an African PMC might be better prepared to effectively support governments than external companies.

However, the use of PMCs – be them local or external – also involves serious risks. Licklider warns that one-sided government victories are prone to post-war violence by government forces. As well, EO’s past missions in Angola and Sierra Leone clearly showed that winning wars and building capable armies does not necessarily mean building (stable) peace and contributing to human security. Further, and most importantly, as long as PMCs – no matter if Russian, American, Chinese or South African – are only used to secure financial interests of the few and are not integrated into broader approaches of peacebuilding, deprived but resource-rich regions like Mozambique’s Cabo Delgado will not find peace.

To sum up, if regional stakeholders are not willing or able to take up responsibility under the auspices of the African Union or in bilateral cooperation, as currently practiced by Rwanda in the Central African Republic, PMCs will remain viable options for African governments in order to pacify conflict regions (or to push through their own interests). In this case, however, the UN and AU would be well advised to make sure that such robust private interventions are embedded in strategies that include accountability as well as long-term peacebuilding measures.