Elections in Côte d’Ivoire – Towards political stability without democracy

​Côte d‘Ivoire has completed another electoral cycle with the recent parliamentary elections. The polls followed the controversial presidential election on 31 October 2020, when incumbent President Alassane Ouattara was confirmed for a third term despite oppositional boycotts and civil society protests. Sporadic outbursts of violence during the electoral campaign led to 85 deaths, and a quarter of the polling stations were prevented from opening. The opposition leaders’ attempt to declare a transitional government the day after the election and their refusal to recognize the president’s legitimacy resulted in some of them being arrested. Their calls for popular resistance or even armed rebellion did not result in substantial mobilization, and by the end of the year, the boycott campaign came to an end. For the first time since 2010, all political parties signalled their willingness to participate in the parliamentary elections, including the supporters of former President Laurent Gbagbo.

Economic and political stabilization under Ouattara

The Africa-wide movement towards political reform in the 1990s destabilized the single-party rule of the Parti Démocratique de Côte d’Ivoire (PDCI). The former single party then had to compete with the Rassemblement des Républicains (RDR), a breakaway party representing northern constituencies, and the Front Populaire Ivorien (FPI), originally a socialist opposition party. In contrast to most other African states, which faced either one-party dominance or the fragmentation of party systems, a relatively stable three-party system emerged in Côte d’Ivoire. None of the three parties proved strong enough to secure dominance, and political competition thus either led to coalitions of two parties or attempts to exclude one of the actors from competition. In any case, the competition was never managed in an inclusive and peaceful way, as in neighbouring Ghana. Recent Ivorian history is thus characterized by military coups (2000), a secession attempt with de facto division of the national territory (2002–2010) and a presidential election ending in mass violence, international military intervention and the ousting of the incumbent president (2010–2011).

Since 2011, the country has been ruled by a government led by President Alassane Ouattara. After years of protracted violent conflict, his government managed to stabilize the economy and the polity and was rewarded by the international community with debt relief and financial support. In December 2017, the German government officially declared Côte d’Ivoire to be one of a few selected ‘reform partners’. As an acknowledgement of progress with regard to good governance, compliance with international human rights standards and the promotion of the private sector, these reform partner states should additionally be supported in their programs to strengthen private investment and job creation.

The electoral cycle of 2020–2021 – Democratic institutions in crisis

The political trends of recent years, however, are not in line with such expectations in a best practice of good governance. Based on his party’s full control of parliament, the president first pushed through a series of controversial constitutional reforms and refused to seriously discuss a more consensual institutional reform of electoral governance. Following the sudden death of his designated successor during the electoral campaign in June 2020, he decided to run again for a third term in office despite his earlier declarations that he would not do so. The Constitutional Court then disqualified 40 out of 43 competitors from the presidential election, making the outcome of the polls a foregone conclusion.

There are certainly a number of reasons for the escalation of the political crisis and the backsliding of the regime and its political governance record. The bitter competition among the three main parties (FPI, PDCI and RDR/RHDP) reflects the strong rivalry among three elderly politicians (Henri K. Bedié, Laurent Gbagbo and Alassane Ouattara) who have all held presidential power for some time during the last 25 years. Each of these men has built a solid political basis within the country and has many supporters in the administration and the security apparatus. In addition, all three have formed alliances with external partners in Africa and other regions. However, the rivalry among the three politicians, who are all well over 75 years of age, is less likely to mobilize the country’s youthful population, whether at the ballot box or in the streets.

While the conflicts could be interpreted at first glance as stemming from personal rivalry or the ethnic geography of a country with three similarly large ethno-regional blocs competing for access to political power and economic influence, there are good reasons to look beyond these assumptions. In fact, the three political parties and their leaders have come to represent different political projects and strategies, which to an extent do reflect the objective interests of their ethnic clientele but also describe a variety of distinct political reform trajectories that are not specific to Côte d’Ivoire. 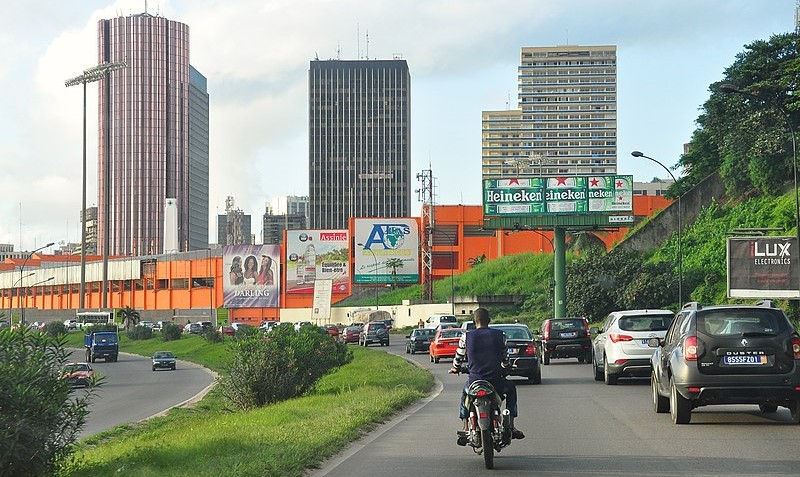 Bedié’s PDCI party aims to pursue the consensual-clientelist tradition of former President Felix Houphouët-Boigny, the first president of the country. Houphouët-Boigny certainly privileged his own ethnic group (and their economic interests as cocoa farmers) but was keen to accommodate the interests of all ethnic stakeholders in the governance of the country. It is no surprise that Bedié is the only one to have entered into coalitions with both Ouattara and Gbagbo (at different times) and clearly believed his support for Ouattara in the 2010 and 2015 presidential elections would result in Ouattara’s reciprocal commitment to support a PDCI presidential candidate in 2020 (which did not, however, occur). Gbagbo dealt with the lack of a majority at the national level in an entirely different way. During his presidency (2000–2010), he redefined the contours of the political community by first disenfranchising people with a migrant background and later disenfranchising all those who he regarded as ‘northerners’. This exclusive form of nationalism partly inspired by the socialist and anti-imperialist legacy of the party was also directed against France. According to this ideology, political and economic rights should be reserved for ‘true Ivorians’, and the social contract between society and state, as well as the structure of elite competition, should be radically modified. A lasting legacy of this type of political mobilization has been the general assumption among many Ivorians in the south of the country that President Ouattara is a foreigner who was only able to assume power with foreign assistance.

As much as the government of Ouattara may have officially espoused the liberal project of good governance, it seems to solve the challenge of the lack of a structural majority by relying on an increasingly authoritarian model of developmental state. A technocratic elite has heavily invested in physical infrastructure to allow the country to recover from the years of civil war and territorial disintegration, with its dramatic cost in terms of social and economic development. Together with Ghana, the government is also making better use of its strategic position on the cocoa world market to bargain with major multinational companies and has so far effectively shielded the territory against a diffusion of jihadism from neighbouring Sahelian countries. It thus hopes that the developmental successes and stability will generate broader legitimacy. However, there is no interest in democratizing the regime through more substantial political participation. Despite its solid developmental record, the government seems to lack confidence in managing open political competition. Opposition is mainly checked through (the threat of) legal and judicial sanctions (as in Senegal), and consequently elections clearly do not serve as an instrument of accountability.

The surprisingly clear victory of the president’s RHDP party in the parliamentary elections of March 2021 could thus be interpreted as indicating a departure from the long-standing three-party system and the beginning of structural dominance. Nonetheless, the elections did not occur in a fully competitive environment. With the relatively low turnout of 36%, many doubts remain as to whether the figures accurately reflect political preferences on the ground. While the 2020–2021 electoral cycle could thus herald a more stable phase in Ivorian history, it also seems to mark the end of all hopes for more substantial democratization of the political system.