Transmitting huge volumes of data and even moving matter using light: these are two of the visions that physicists working in the field of plasmonics have for the future. In a collaboration with colleagues from Haifa (Israel), Kaiserslautern and Stuttgart, Scientists at the Center for Nanointegration (CENIDE) at the University of Duisburg-Essen succeeded in producing nanometer-sized plasmon swirls on a metal surface, filming the cycles at 100 attosecond intervals. 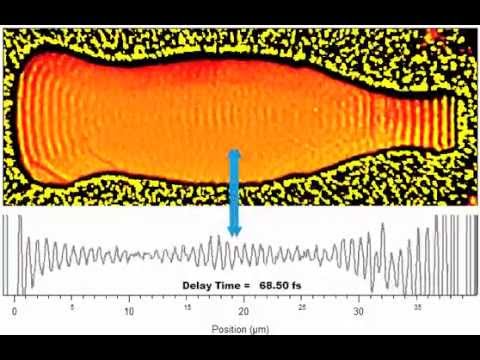 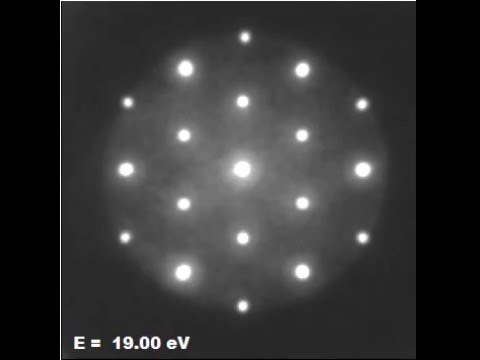 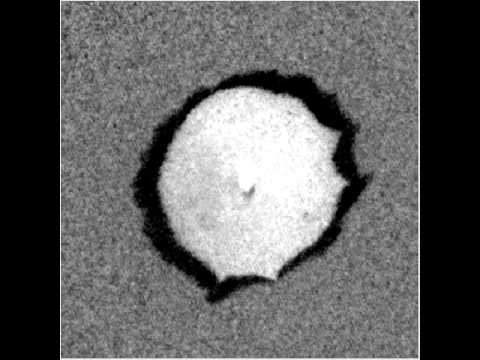 This PEEM movie shows the decay of an Ag island on Si(111). The interesting contrast ist caused by the particular decay mechanism: Ag desorbs from the surface, and the island in the center feeds Ag atoms into the surface layer as it decays. This mechanism creates a coverage gradient on the surface. As the coverage drops below a certain critical coverage, the surface reconstruction changes locally, which causes the strong contrast in the movie. At the end of the movie the island starts thermomigration, taking its diffusion field with it.

Silicon Desorption from a Si(001) Surface 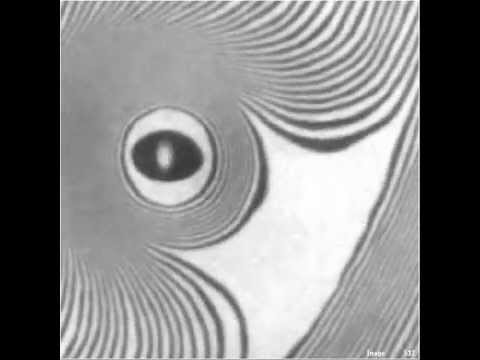 This is a dark-field Low Energy Electron Microscope (LEEM) movie of a Silicon (001) surface. The imaging conditions are such that the black and white areas in the movie resemble atomically flat terraces. Between bright and dark regions is a 0.136 nm high atomic step. We are imaging at high temperatures (around 1000°C). The rapid movement of the boundary between bright and dark regions resembles thermal fluctuation of the atomic steps. Also, the temperature is sufficiently high for Silicon to evaporate from the surface. In the movie this is visible as the overall movement of the boundary between bright and dark regions. The hill in the center of the image evaporates in a atomic layer-by-layer fashion (the brightness changes periodically between bright and dark), until it disappears towards the end of the movie. At this point the step-stiffness (a rubber-band-like property of the steps) pulls the steps straight. Imaging of Si(001) like this is standard in LEEM, but this movie at high temperatures is a particularly nice version. Note: the movie is corrected for sample drift. The black edge visible at the lower right in frames 2500 and higher is the edge of the Imaging detector.