AS_pedia Project Vol. 2
A Tale from Korea and Japan

Tales from Korea and Japan

KIM Insook (was born in and grew up in a Zainichi (Korean residing in Japan) community) seeks to reveal how diverse identities form and prevail within Zainichi communities, through the personal histories of several Zainichi families with her a series of photos titled SAIESEO: between two Koreas and Japan.

Her work Between Breads and Noodles is based on interviews with Korean nationals who moved to Germany in the 1960~70s to work as miners or nurses and decided to stay permanently. Their family portraits in combination with their stories show the many different individuals and experiences going beyond stereotypes regarding international migration.

KIM Woojin’s latest work titled Memory of Brave New Exercise is a part of her ongoing Brave New Exercise Project. The artwork bases on archival work and interviews conducted in Korea, Japan, and Taiwan, with her drawings inspired by books and internet sources related to the topic of group gymnastics in the world.

The newest publication, resulting from the project containing further research will be displayed in three languages – Korean, Japanese, and English – during the exhibition.

Starting from Japan and Korea, the AS_pedia Project Team plans to expand the subject to other countries like China. Therefore, the 2018 exhibition has two main foci: The first is to continue and to expand the links of East Asian contemporary artists to academia. Even though the outcomes might differ (artwork vs. publication of academic papers), the methods employed to generate data in social sciences are similar to the ones in some of the recent projects of the artists. Hence, there is potential for learning from each other and discussing East Asia using a similar “language”.

The second focus is kicking-off the next stage of the project that intends to look at a larger Asia with research involving more countries. As this new stage demands a new set of abilities, the team hopes to attract more scholars and artists to join. Therefore, the first exhibition outside of Asia offers a unique chance to expand the network of the AS_pedia Project team, especially when the outstanding research infrastructure of the University of Duisburg-Essen and its IN-EAST are considered.

Opening Event was on October 30, 2018 with a guided tour through the exhibition, artist talk, and a short screen presentation of the artist team.

Photos of the Opening Event

This exhibition and the work of the artists is sponsored by
​ 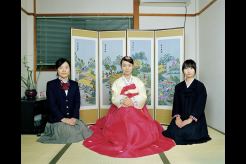 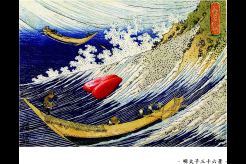 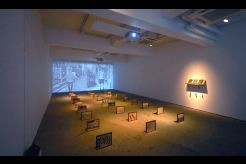 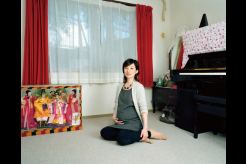