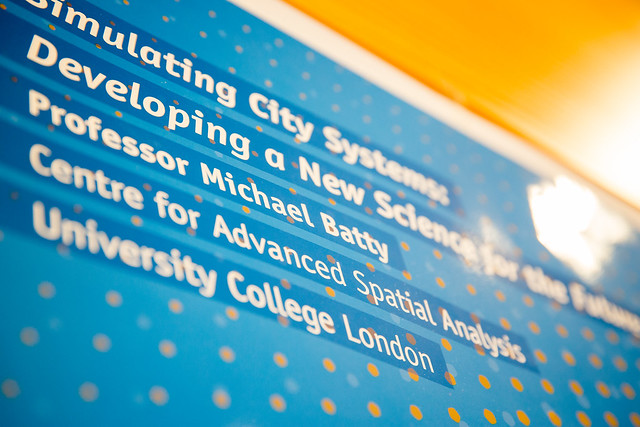 Michael Batty is Bartlett Professor of Planning (Emeritus) at University College London, where he is Chairman of CASA, the Centre for Advanced Spatial Analysis. He is a leading expert on the development of computer models of cities and regions and the author of numerous books and articles, most recently The New Science of Cities (MIT Press 2013). Having held positions and visiting appointments at universities in the UK, the US, Australia and in Hong Kong, he has been Professor at University College London since 1995. As the founder and current Chairman of CASA, he has directed interdisciplinary research on the development of mathematical and computer methods in geographical information science, urban and regional modelling, and the scientific theory of cities. He has received numerous honours and awards, among them the Vautrin Lud Prize, the most prestigious award in the field of geography (the “Nobel Prize for Geography”), which he was awarded in 2013.

Symposium, 14.01.2015 (by invitation only) Current Approaches to Urban Complexity

Tentative programme for the workshop - participants and topics (working titles) include:

The University of Duisburg-Essen’s Joint Centre “Urban Systems”, one of the UDE’s five Main Research Areas assembles experts in urban and metropolitan research from all faculties of the University. With this scope of competencies, it is uniquely positioned to carry out inter- and transdisciplinary research on key urban issues – in the Ruhr region and worldwide.