Armand Imbert (1850-1922) seems to be the first to use a logarithmic force-elongation law. Assuming proportionality between current length and length increment due to applied incremental load, on page 53 Imbert arrives at the conclusion (in modern notation) t_1 = E log λ, where λ is the stretch ratio in uniaxial tension of a vulcanized rubber sheet and t_1 is the corresponding nominal traction (with respect to the reference area). Here E is the initial Young’s modulus.
The developpment of Imbert is restricted to the one-dimensional setting in tension.

George Ferdinand Becker (1847-1919) was a famous geologist. In 1893 he axiomatically deduced a constitutive law for isotropic elastic substances connecting Biot stress and logarithmic strain based on a superposition principle for principle forces.

In many textbooks and articles one encounters statements like the following: "The concept of natural strain has been introduced (first suggested) by P. Ludwik, (1909)."
In that small booklet, mention of the natural strain log λ is made but at one place (p. 17) with no further explanation or motivation given.

Heinrich Hencky (1885-1951) introduced the logarithmic strain tensor in 1928 in an axiomatic way based finally on a principle of superposition for coaxial Kirchhoff stresses.

Hans Richter (1912-1978) was an applied mathematican, who would later become a professor of probability theory in Munich. In his early years he deduced axiomatically the special role played by logarithmic strains. His works are referenced by Truesdell. In his works he also postulates a superposition principle for coaxial stretches, giving rise to the logarithmic strain tensor.

The reference to Imbert seems to first appear in a survey article of C. Truesdell in 1952, where he introduces the "Hencky's logarithmic measure". Typical for the schoolmaster Truesdell is the remark that: "...while Hencky himself does not give a systematic treatment, we may introduce the tensors H=1/2 log C...". Truesdell certainly never read Imbert, since he refers the reader to Mehmke, who himself refers to Hartig's paper. The reference to Ludwik can be found in Hencky's 1931 paper.

Experimental data for the biaxial deformation of vulcanized rubber, measured in 1944 by L.R.G. Treloar and in 1975 by Treloar and D.F. Jones and provided by courtesy of R. Ogden, in the form of tab-separated ASCII-files. 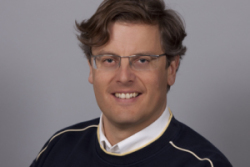